Saab to Upgrade C2 System of the HTMS Chakri Naruebet

27 April 2012
The contract involve upgrading the aircraft carrier with the latest generation of command and control system, 9LV Mk4. Saab will also supply data-link equipment to the ship, which will allow communication between the ship and the Royal Thai Air Force’s Gripen fighter aircraft and the airborne radar system Erieye, carried by the Saab 340 AEW.
Saab is the main contractor to the Royal Thai Navy, and as well as supply of its own systems, its tasks will include procurement of third-party systems and responsibility for integration of all existing and new systems.
“This is the second 9LV Mk4 contract signed between the Royal Thai Navy and Saab. It further strengthens Saab’s position in the country, which we are proud of,” says Gunilla Fransson.
The contract mainly concerns the Security and Defence Solutions business area as
the supplier of the command and control system. The Electronic Defence Systems business area will supply the Sea Giraffe AMB surveillance radar system as well as data-link equipment for communication with Gripen and the Erieye airborne early warning systems.
The contract will run between 2012 and 2015.

Combining all the information from different sensors and UAV / UUV sources into a real time situational picture and helping the crew to react is the task of the combat management systems (CMS). Swedish company Saab’s 9LV CMS system for instance features a performance-based engagement-planning function for anti-air warfare, which is based on probability calculations and will optimise survivability by evaluating all possible threat-engagement combinations using all combinations of sensors and weapons, including ship manoeuvre.

One goal with designing today’s CMS is to fully integrate all sensors and effectors with a flexibility to allow every workstation in the operation room to perform every role. The system-architectures will become more and more fully distributed, with consoles connected via high-speed data networks, embodying commercial, off-the-shelf products. Open architecture and off-the-shelf products are also supposed to make updates easier in the future as naval vessels have life cycles of up to 30 years and today’s software and computing system up to one or two years. naval-technology.com

SEA GIRAFFE AMB radar surveillance equipment designed to be capable of detecting both on the coast and in the air precisely. Designed to connect directly combat 9LV (CMS)

The radar is able to detect the angle of 0-70 degrees to 360 degrees, covering a 180 kilometer surveillance can detect targets with high accuracy. And detect even the target object invisible. Small as well as the 3D GIRAFFE AMB radar is versatile with the ability to cover all the needs. Featured in Add the time to meet and make decisions. Low radar footprint Can observe the motion of the target by land, sea and air radar highlights three critical limit. 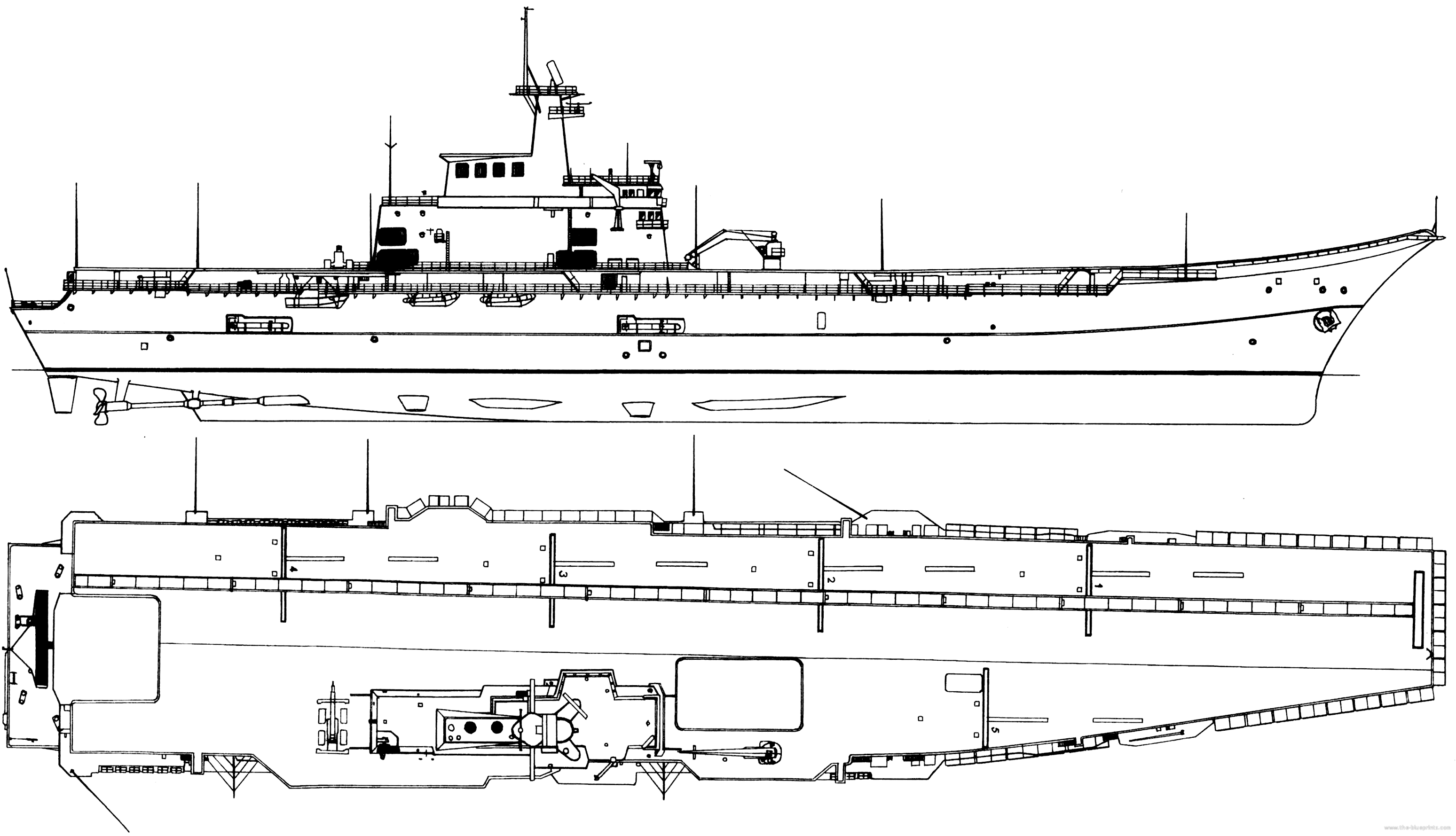 One of the many rescue missions

Classified as the fifth generation of the Soviet strategic missiles, the Topol-M program was expected to negate renewed US efforts in mid-1980s to develop missile defense shield. (72) The program also aimed to create a single design of the ICBM, which could be deployed without significant modifications in existing silos and on highly mobile tracks. As such, the Topol-M could replace RT-2P missiles.

MOSCOW, February 7. /TASS/. Thirty-five years ago, the RT-2PM (15Zh58) intercontinental ballistic missile of the RS-12M Topol road mobile complex was successfully launched for the first time at the 53rd research and testing range of the USSR Defense Ministry in Plesetsk on February 8, 1983.

The Soviet military believed that it would be difficult to spot a mobile missile system, which would, therefore, significantly reduce its vulnerability compared to silo-based missiles. The United States and its allies had no mobile ICBMs as they limited their effort only to developing MGM-31C Pershing II medium-range missile complexes.

The first test launch of the Topol intercontinental ballistic missile was conducted on October 27, 1982 from the Kapustin Yar practice range and it proved to be a failure.

After that, the development tests were transferred to the 53rd research and test range of the USSR Defense Ministry (Plesetsk) where the second and successful launch was conducted on February 8, 1983.

The first three launches were conducted from a silo. The fourth trial was held on August 10, 1983 when the Topol ICBM was test-launched from a self-propelled launcher.

Overall, 17 test launches of Topol ICBMs were held and only four of them failed.

On December 1, 1988, the Soviet government issued a resolution on accepting the Topol ICMB for service.

In 1991, the Soviet Army operated 288 Topol missile systems. After the disintegration of the USSR, three divisions armed with these ICBMs stayed on territory of Belarus and were withdrawn into Russia. In 1993, RT-2PM missile complexes that were in operation reached their maximum number of 369 units. Since 2006, Russia has been replacing Topols with new Topol-M mobile missile systems.

Over 120 test and combat training launches of the RT-2PM Topol missiles were held from 1982 and an overwhelming majority of them were successful.

In the West, the RT-2PM Topol ICBM was dubbed the SS-25 Sickle.

The Topol-M is a solid-propellant missile of universal (silo and mobile) basing with a new control system, enhanced accuracy, larger payload, a new ABM-piercing system and other innovations.

The Topol-E is an experimental missile for conducting the trials of new types of ICBM armament.

The RT-2PM is a three-stage solid-propellant ICBM with the sequential arrangement of its stages.

Each of the three stages uses a solid-propellant engine with a fixed nozzle. The first stage is furnished with gas jet and aerodynamic vanes. The ICBM is also equipped with a separate stage for the warhead delivery.

The designation for the silo-based Topol-M missile is believed to be RS-12M2, while the mobile version is RS-12M1.

The Topol-M missiles have a lifetime between 15 to 20 years.

July 23, 2015 marked the 30th anniversary since the RT-2PM2 Topol-M intercontinental ballistic missile became operational in the Russian Armed Forces. The missile considered by the Russians as aamong the most lethal and reliable weapons in the world.

The single-warhead RT-2UTTH Topol-M is an advanced version of the silo-based and mobile Topol intercontinental ballistic missile. While the SS-25 Topol is generally similar to the American Minuteman-2, the more sophisticated SS-27 Topol-M is comparable to the American Minuteman-3. The Topol-M is 22.7 meters (75 feet) long and has a diameter of 1.95 meters (6 feet 3 inches). The missile weighs 47.2 metric tons and has a range of 11,000 kilometers (6,900 miles). The solid-propellant three-stage Topol-M missile complex, with a standardized (silo and mobile) missile, is to become the foundation of the Russian strategic nuclear forces in the 21st century. It is planned to accommodate Topol-M both on self-propelled launchers as well as in silos. High survivability of the mobile complex is achieved by the capability of off-road movement, comprising of continuous change in location and of a missile launch from any point along the movement route. Source globalsecurity.org

A new missile loosely based on Topol-M and equipped with multiple re-entry vehicles (MIRV) is called RS-24. In January 2009 Russian sources hinted that the production of the mobile Topol-M missile would be shutting down in 2009 and that the new MIRVed RS-24 version would replace it.

The Topol-M is a three-stage solid-propellant ICBM. It carries a single nuclear warhead under US-Russian arms control treaties. The design can support MIRV warheads. The missile can reach a range of 11,000km at a speed of 17,400km/h.

The missile is cold launched using a special booster called PAD which allows the first stage to fire into air by pushing out the missile from the storage container. The motors for the first stage were developed by the Soyuz Federal Centre for Dual-Use Technologies.

Topol-M is directed by autonomous digital inertial navigation system using an onboard GLONASS receiver. The burn time of the engine was minimised to avoid detection by the present and future missile-launch surveillance satellites during boost phase. The missile carries targeting countermeasures and decoys.

It can perform evasive manoeuvres in terminal phase to avoid the hit of interceptor missiles. The flat ballistic trajectory of the missile complicates the interception by the anti-ballistic missile (ABM).

The missile is shielded against radiation, electromagnetic pulse (EMP) and nuclear blasts, and can withstand a hit from laser technology.  Source army-technology.com

The mobile version of the Topol-M would be deployed on a 16-wheel, computer-controlled MZKT-79221 transporter powered by a 710-horse power diesel engine.

The missiles were designed to require only minimum maintenance at the deployment site, except for the warhead, which could be serviced periodically along with systems of the launch complex.

During nominal maintenance the warhead can be replaced, the missile and its warhead can be transported separately in special tracks equipped with climate controlled containers. The missile with its container could be loaded into the silo without the assistance of a crane.

Major systems of the rocket can be diagnosed remotely, its avionics can be calibrated at the launch site and its flight control system switched between “permanent” and “high” levels of readiness.  Source russianspaceweb.com

MIRVing of Topol-M has long been somewhat of an obsession in Russia – there is a broad consensus among experts across the spectrum that this could compensate for the slow pace of the missile deployment, if only by artificially making the Russian forces look bigger. I think this belief is deeply misguided, but this is where the Russian debate stands.

The problem that has been holding back the a straightforward MIRVing of Topol-M was that it would violate one of the START Treaty provisions. The START Treaty prohibits “increasing the number of warheads attributed to an ICBM or SLBM of an existing or new type” (Article V.12d). Since for the purposes of the treaty Topol-M is just a “variant” of the Topol missile, Russia cannot simply declare that from a certain point Topol-M will be equipped with multiple warheads. To make MIRVing possible, Russia has to have a new missile, with multiple warheads attributed to it from the very beginning.

By saying that MIRVed Topol-M is a new missile, Russia has tried to avoid this conflict – RS-24 will apparently be declared as a new multiple-warhead missile. But there is a problem with that too – the treaty requires a “new type” missile to be substantially different from existing ones. This is how the treaty defines “new type”:

69. (59) The term “new type” means, for ICBMs or SLBMs, a type of ICBM or SLBM, the technical characteristics of which differ from those of an ICBM or SLBM, respectively, of each type declared previously in at least one of the following respects:(a) number of stages;

(b) type of propellant of any stage;

(d) length of either the assembled missile without front section, or length of the first stage, by ten percent or more;

(e) diameter of the first stage, by five percent or more; or