Boeing AH-6i is a light attack / reconnaissance helicopter designed primarily for export markets. It is an advanced variant of the AH-6M helicopter operated by the US Army Special Operations Forces. The helicopter is intended to provide close air support for land-based forces. It can also serve as an attack platform for destroying enemy tanks, armoured vehicles and fortifications. 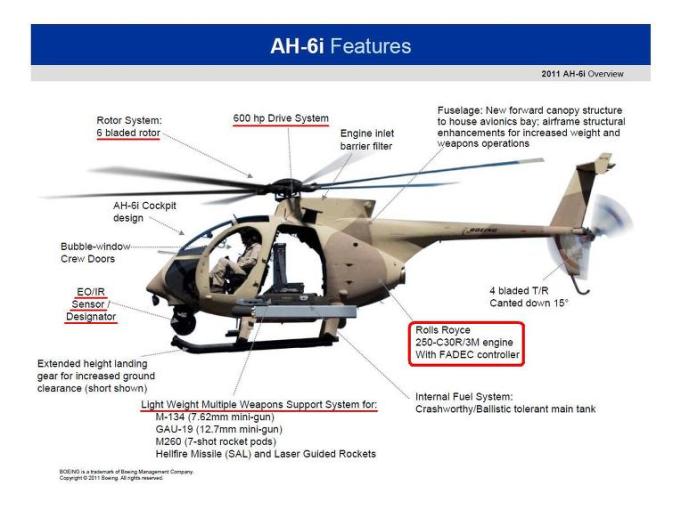 The ground clearance is increased with an extended height landing gear. The modular design allows the integration of flexible mission configurations, as well as additional capabilities for future requirements.

The helicopter features new main and tail rotor systems for superior performance. The flight characteristics were further improved with the addition of enhanced directional control, a new vertical stabiliser and collective trim actuator.

Cockpit and avionics of the helicopter 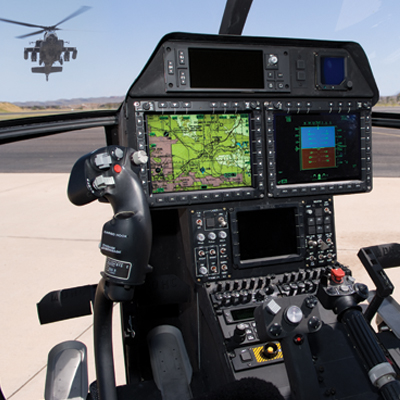 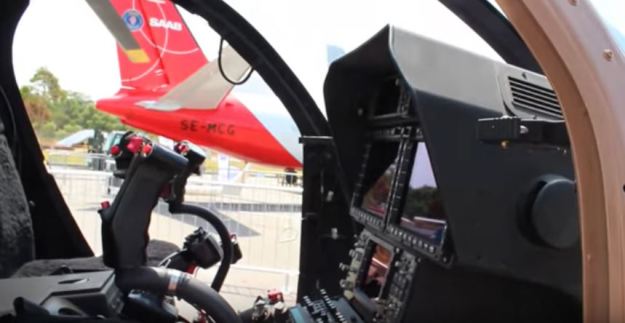 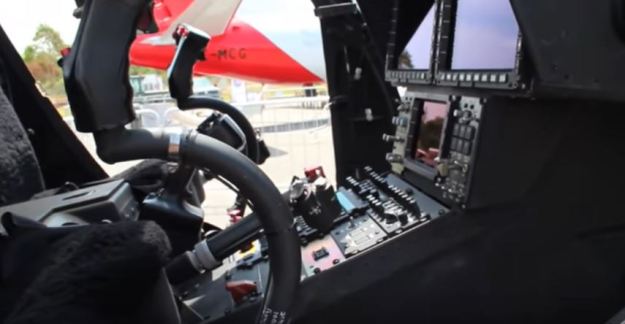 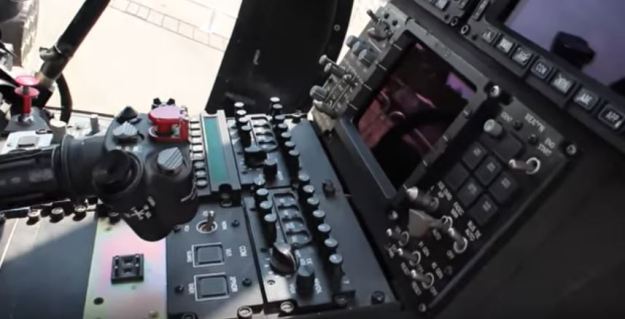 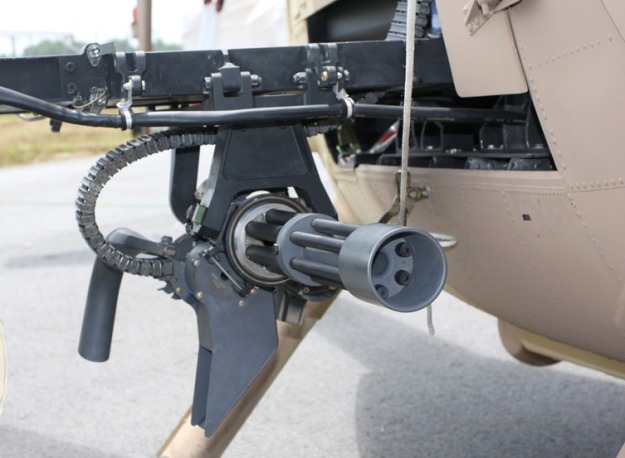 The Dillon Aero M134D is one of the most reliable weapons in the world, given its capacity, simplicity in loading, and ease of maintenance. Designed for speed and accuracy, the M134D is a true force multiplier. The rapidity of shooting is of the utmost importance: only guns as rapid as the M134D can achieve the extreme shot density needed to suppress multiple targets in compressed periods of time. Additionally, the M134D is virtually free of recoil. When properly mounted, it moves slightly aft with the first shot, without any tendency to pitch or yaw. This stability is vital, in that it significantly assists in the aiming on and retention of a target. High rates of fire, extremely dense shot grouping, and high weapon stability demonstrate the perfect pairing of swiftness and precision. 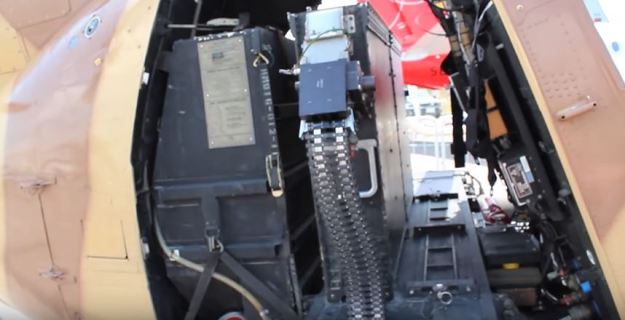 The M134D is the standard Minigun in use with US ground forces. The weapon’s robust construction provides for an exceptionally long service life which numbers in the millions of rounds. The M134D is primarily used in ground and naval environments, whereas the M134D-H is used on aviation platforms.

The Minigun’s high rate of fire is the source of its exceptional accuracy and threat suppression capabilities. The system is electrically powered by either a 24 Volt DC battery or vehicle power. Chambered in 7.62x51mm NATO, the Minigun fires at an impressive rate of 3,000 shots per minute. This rate of fire is divided between the weapon’s six barrels, resulting in a firing rate of only 500 shots per minute per barrel. This is less than that of any single barreled machine gun.

The weapon is effective in both air-to-air and air-to-ground missions. The GAU-19/A gun is installed within a fixed-forward mount that can be attached to standard 14-inch NATO stores racks or lightweight mount, which attaches directly to a universal stores pylon.

The GAU-19/A provides highly effective air-to-ground firepower against area suppression and point targets, such as light armored vehicles. Its high rate of fire, combined with the 12.7mm ammunition’s short time of flight, permits reduced exposure time while the gunner is unmasked.

The system is ideally suited for scout or utility helicopters and light fixed-wing aircraft. It features an internal recoil system that reduces gun recoil to the airframe. This system can be coupled with a variety of linked ammunition feed systems that can, in turn, be tailored to fit a variety of applications.

The GAU-19/A has an automatic safing and clearing cycle. This ensures no live rounds are left in the gun and the firing mechanism is in a defeated position.

There are a number of precision-guided weapons on the market, but few consistently hit their intended target with pinpoint accuracy, while leaving minimal collateral damage. Our guidance section is designed to lock onto targets from over 3 kilometers away, keeping aircraft and laser designators at a safe distance from threats.

Innovative by design, the APKWS rocket includes advanced DASALS seeker optics located on all four guidance wings. Once fired, the wings deploy, and the optics lock in, guiding the rocket to the target  – delivering accuracy when it matters most. 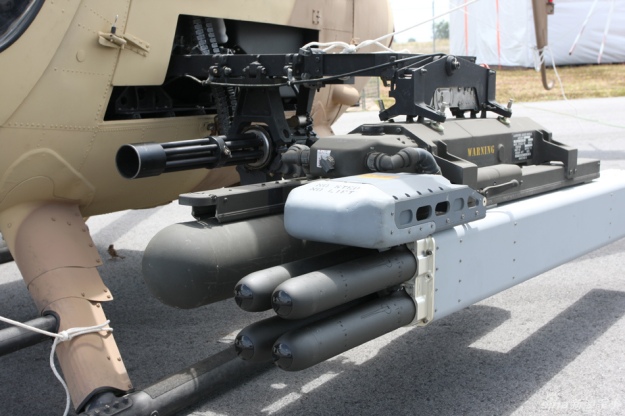 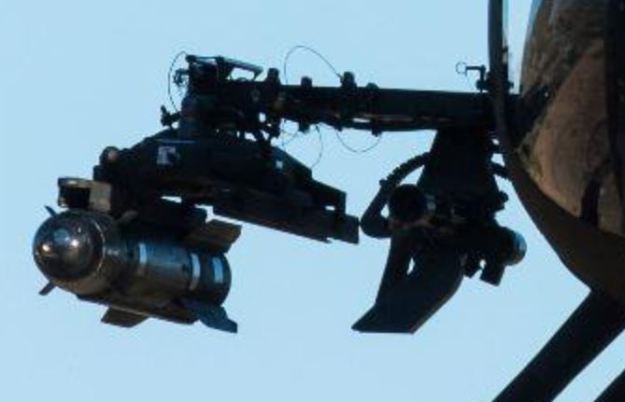 Beginning in 2012, a HELLFIRE II multipurpose warhead variant (AGM-114R) became available to the warfighter and allows selection of warhead effects corresponding to a specific target type. The AMG-114R is capable of being launched from Army rotary-wing and UAS platforms and provides the pilot increased operational flexibility. Source army.mil 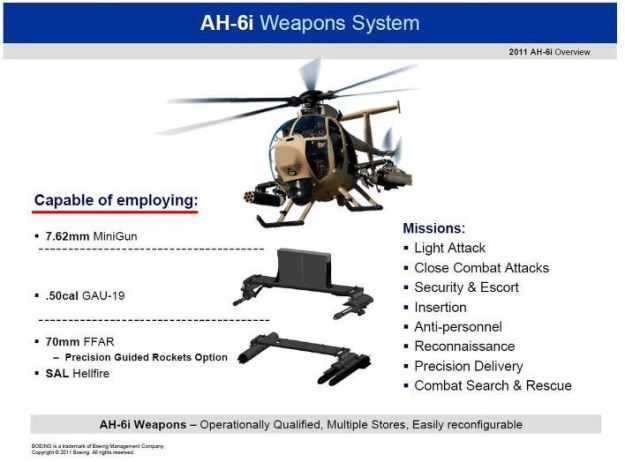 The MX-15Di can be integrated with up to six high-performance sensors, including a laser designator with LRF, laser illuminator, eye-safe laser range-finder, colour daylight camera with zoom lens, mono daylight camera with spotter lens and an infra red (IR) with high magnification four-step zoom. 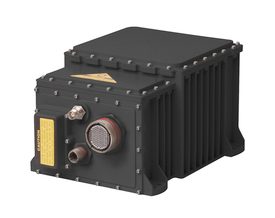 HARCO’s air data computers compute a variety of functions such as Static Pressure, Total Pressure, Calibrated Airspeed, Mach, SAT, TAS, Altitude Rate, Airspeed Rate, and Pressure Ratio – any air data function can be added. In some unique applications, equivalent airspeed is calculated instead of calibrated airspeed. HARCO will be glad to work with you in determining the exact computer specifications for your application. Source hellotrade.com 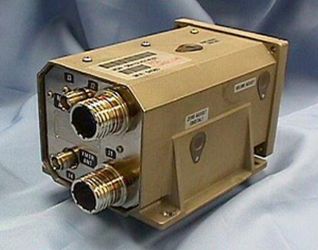 Claimed to be one of smallest, lightest and most proven altimeters in the market, the APN-209 provides the pilot and flight control computer with an indication of height above the nearest terrain point below the aircraft, such as a tower or building.

The information provided by the lightweight and compact altimeter is said to ensure that the pilot and crew have the most accurate information about the landscape around their helicopter.

Capable of being integrated with an altitude indicator and mounted in the helicopter cockpit, the radar altimeter also includes advanced features such as low-probability of detection, intercept and exploitation. Source army-technology.com

The helicopter is equipped with Wulfsberg RT5000/C5000 digital communications system.

AH-6i is powered by a Rolls-Royce 250-C30R/3M engine which develops a power output of 650shp. The engine is controlled by Full Authority Digital Electronic Controller (FADEC). It enables a maximum speed of 132kt. Source Army Technology 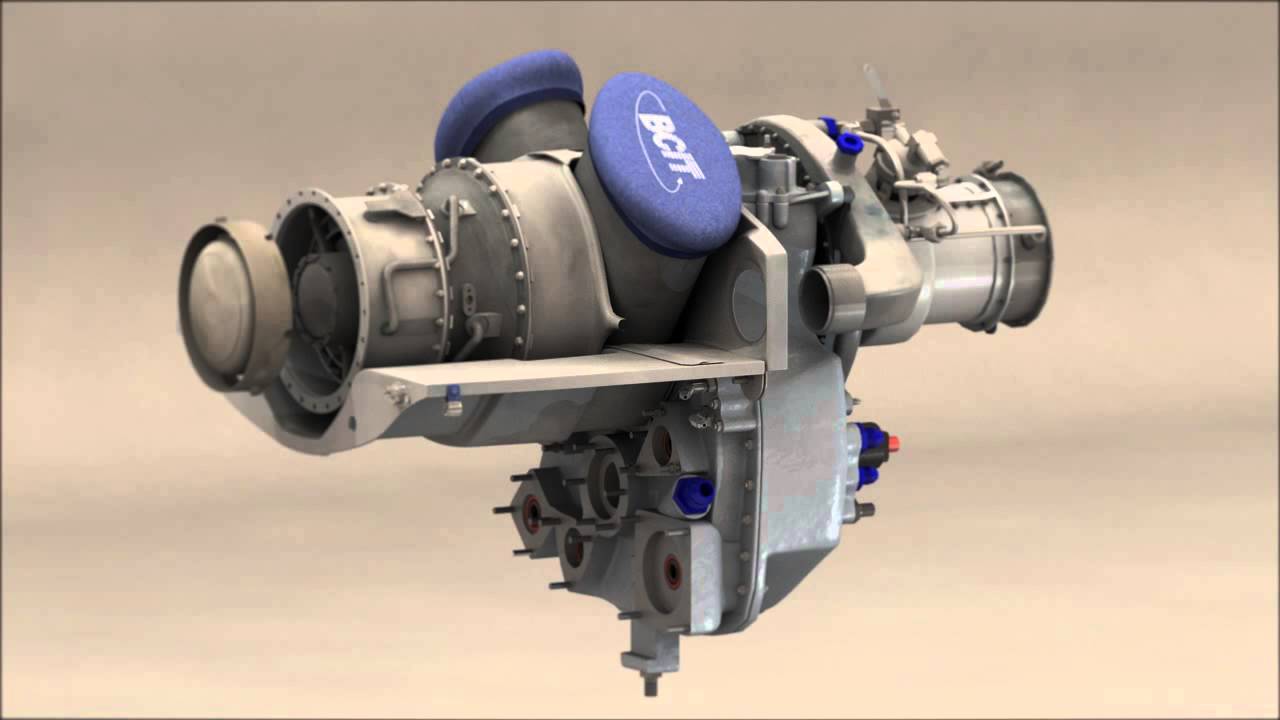 The Rolls-Royce M250 is a family of turboshaft engines. The M250 Series II turboshaft engines have a two-shaft modular design featuring four to six-stage axial and single-stage centrifugal compressors, a two-stage low-pressure turbine, two-stage high-pressure turbine with a hydromechanical fuel control system, and a gearbox with a 6,000 rpm output. Compressed air is routed to the aft end of the engine for combustion while exhaust gases exit upward from the middle. The larger M250 Series IV engines are identical in layout except they have a one-stage centrifugal rather than a centrifugal/axial compressor.

In July 2010, Boeing and MD Helicopters signed a Memorandum of Agreement (MOA) to jointly produce and market the AH-6i helicopter.

In May 2010, Jordan’s Government signed a letter of intent for procuring the AH-6i light attack / reconnaissance helicopter.

In February 2012, Boeing and the Saudi Arabian Government signed a letter of acceptance for 36 AH-6i helicopters.