The RQ-21A Blackjack is a small tactical unmanned aircraft system (STUAS) designed and developed by Insitu, a Boeing company, to meet the requirements of the US Navy and the US Marine Corps (USMC).

The Blackjack can be deployed in persistent maritime and land-based tactical intelligence, surveillance and reconnaissance, data collection, target acquisition and dissemination missions.

The USMC has a requirement for 32 RQ-21A unmanned systems, while the US Navy requires 25 systems to be used for shipboard, special warfare and expeditionary operations.

Insitu secured a $43.7m contract from Naval Air Systems Command (NAVAIR) in July 2010 to design and develop the RQ-21A Blackjack.

The USMC received a system from Insitu in Integrator configuration in January 2012 to execute early operational capability (EOC) for the STUAS programme. The maiden flight of the same was performed in the same month and the new system was deployed with USMC’s unmanned aerial vehicle squadron (VMU) 2 and 3.

The RQ-21A Blackjack successfully performed its first flight in July 2012. The land-based testing of the aircraft system was concluded in December 2012.

The unmanned aircraft system was launched at a test range in Boardman, Oregon, in December 2013 during the Navy and Marine Corps acceptance testing. The USMC accepted and commenced the operational test and evaluation (IOT&E) in January 2014 at its Air Ground Combat Center Twentynine Palms, California. The system is expected to achieve initial operational capability in spring 2014.

The RQ-21A is a twin-tailed UAS based on the Integrator unmanned system. It is a successor to Insitu’s ScanEagle, and supports both land and maritime operations.

The length and wing span of the Blackjack are 8.2ft and 16ft respectively. The system has an empty structure weight of 81lb, maximum takeoff weight of 135lb, and maximum payload capacity of 39lb.

The roll-on, roll-off capability of the RQ-21A assists to perform ship-to-objective manoeuvres. The lower logistics footprint ensures deployment from small sites and ship decks. The UAS supports tactical operations on land and at sea as it doesn’t need a runway for landing.

The configurable payload spaces of the Blackjack are interfaced with a communications relay package, including Ethernet (TCP/IP) protocol and data encryption device.

The UAS can carry sensor payloads weighing up to 25lb and can be reconfigured to accommodate new payloads to meet expanded mission requirements.

Called the Alticam-14, Insitu Director of Defense Programs Keith Hirschman said Tuesday at the Association of the U.S. Army’s annual convention in Washington, D.C., that the enhanced intelligence, surveillance and reconnaissance (ISR) turret will be available for the Integrator, Integrator extended range and upcoming RQ-21A Blackjack members of the Boeing-owned company’s UAS family.

A short-wave infrared image captured at a distance of 27 nautical miles. Image courtesy of Insitu

No exact resolution was available, but Hirschman said that the Alticam-14 is better than a 9 on the national imagery interpretability rating scale (NIIRS). The improved resolution enables the ability to identify the contents of video footage.

“What the Alticam-14 also does now is give the ability to telescope in and out: to zero in, to identify [a target] and come back out to a bigger picture,” he said. “Compare that to the current state of the art, you flip to magnified view” and lose the frame of reference provided by zooming in and out.

The camera also allows the operator to monitor three video streams at once, simultaneously viewing electro-optical, infrared and short-wave infrared feeds. The fidelity and breadth of information the Alticam gathers will also be an enabler for artificial intelligence (AI) technology that sorts through such data, said Hirschman. Insitu is working with groups such as the  Defense Advanced Research Projects Agency (DARPA) to identify good options for that. 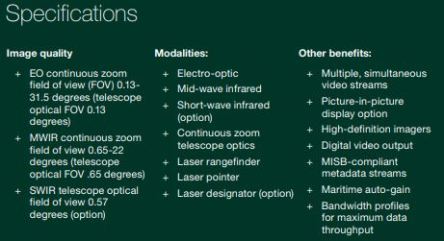 An optional upgrade for the Alticam-14 is a new laser designator that Insitu is developing. The company is ground testing it with Boeing Apaches and plans to move to flight testing as a potential supplement to Apache-ScanEagle manned-unmanned teaming, especially in the Pacific theatre. The laser designator-equipped Integrator could extend the effective range of an Apache without putting pilots in harm’s way. 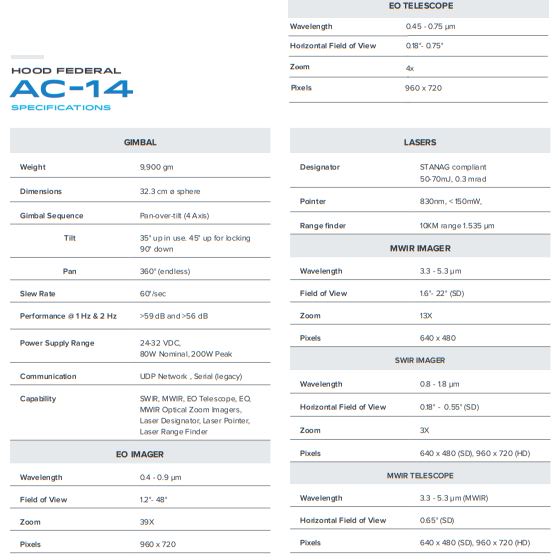 “Keep (the Apache) at range, fly the UAS forward to snoop around and identify targets and pump that video back into the Apache helicopter, onto the screen that Apache pilots use, so they can laser designate their own targets” for asymmetric Hellfire missile attacks, Hirschman said. Source aviationtoday.com

Engine and performance of RQ-21A

The RQ-21A unmanned aircraft system is powered by a reciprocating engine rated at 8hp. The engine integrates the electronic fuel injection (EFI), and burns JP-5 and JP-8 fuels.

The UAS can execute mission for more than 13 hours. It has a ceiling of over 19,500ft and a minimum operating range of 50nm. The maximum horizontal speed and the cruise speeds are 90kt and 60kt respectively. 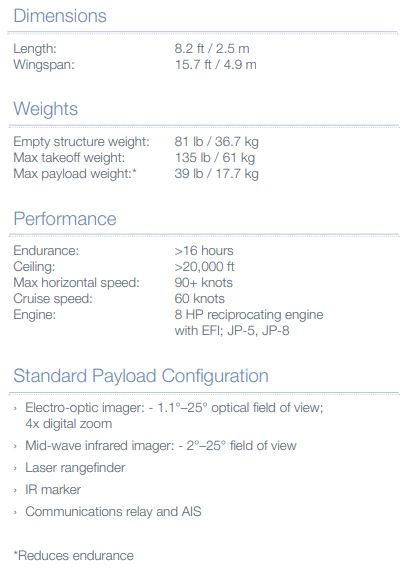