JSC Russian Нelicopters unveiled Mi-171SH-HV military transport helicopter at the MAKS-2017 International Aviation and Space Show held in Moscow, Russia, in July 2017. It is a new variant in the Mi-8/17 family of multi-mission helicopters.

Designed for use by the special forces, the Mi-171SH-HV variant comes with advanced navigation and surveillance equipment, powerplant and combat efficiency. It can be used for a wide range of missions, including ground attack and personnel / cargo transportation. 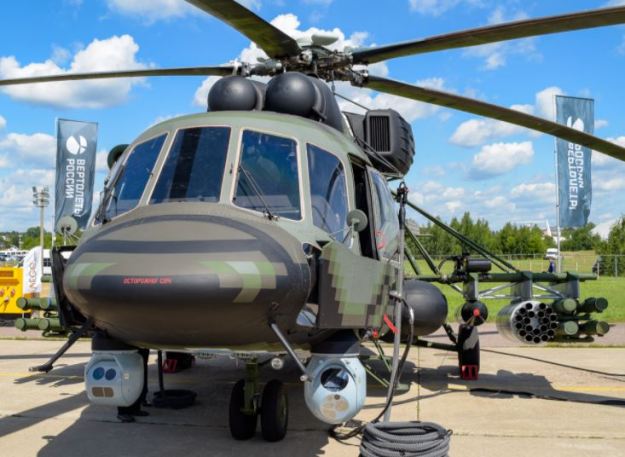 The Mi-171SH-HV military transport helicopter is designed by JSC Ulan-Ude Aviation Plant based on the Mi-8/17. It is manned by three crew members and is capable of carrying up to 28 personnel. 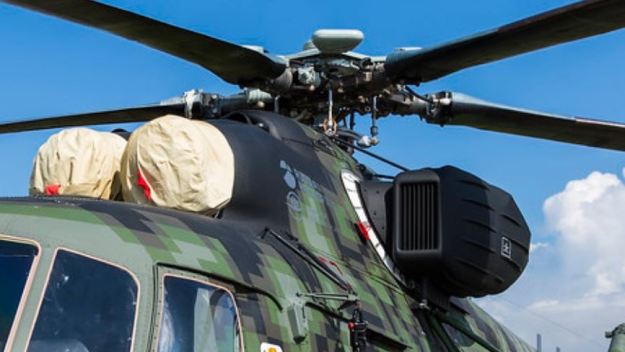 The helicopter’s take-off and landing operations are supported by a landing gear assembly consisting of two single-leg main gears and a double-wheeled nose gear.

The fuselage is outfitted with sliding doors on each side of the cabin for passengers. A hydraulic cargo ramp at the rear allows for loading and unloading of cargo.

The helicopter has a payload capacity of approximately 4,000kg and a maximum take-off weight of 13,500kg. 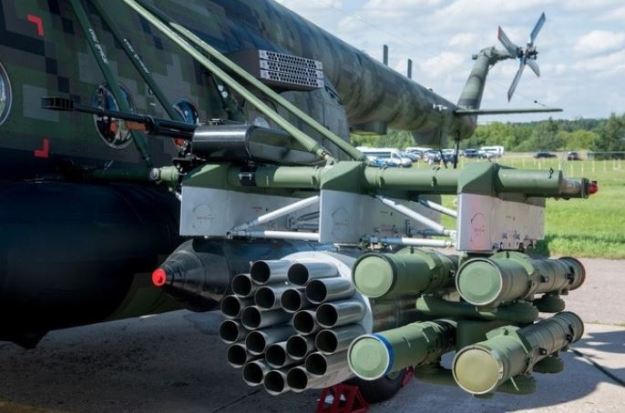 The S-8 unguided aircraft rockets designed to destroy any ground targets and are used on almost all Russian-made military helicopters and aircraft.

The rockets are powered by a versatile solid fuel rocket motor.

Currently, the following types of rockets are offered for export:

Operating temperature range of all rocket versions is ±60º C, the caliber – 80mm.

The guided missile is performed in two versions 9M120 and 9M120F differing in the warhead type. Intended to fire from Shturm-V systems deployed on Mi-23V, Mi-28, Mi-8AMTSh, and from Shturm-S systems mounted on the 9P149 combat vehicle.

Equipped with a HEAT warhead and is intended to engage tanks of all types, including those screened by ERA.

Penetration at normal to the homogeneous armor with ERA — 800 mm.

The UPK-23 is a gun pod of a fairly simple design. The round aerodynamic pod houses a single fixed twin barrel GSh-23L autocannon at the front and associated ammunition at the rear. For operation the pod requires external power which is provided by the aircraft. Since the cannon is fixed it is aimed by pointing the aircraft in the direction of the target. Compared to the SPPU-22 pod with similar but flexible armament the UPK-23 is much lighter.

The UPK-23 features a single twin barrel GSh-23L autocannon and 250 rounds of 23x115mm ammunition. The cyclic rate of fire is 3.000 rpm and the maximum effective range is 2 km. The 23mm rounds are effective against infantry, soft skin vehicles and light armored vehicles.

The UPK-23 is most commonly found on the Mi-24 Hind attack helicopter and armed version of the Mi-8 Hip transport helicopter, but is used ground attack fighters such as the Su-17, Su-25 and MiG-23 as well. For fixed wing aircraft the slightly heavier SPPU-22 gun pod with flexible armament usually is a better option. The UPK-23 remains available although it is unknown if these are newly produced or refurbished pods. Source weaponsystems.net

The machine-gun is designated for the defeat of non-armoured and lightly armoured technical facilities and living force of enemy at the distances of up to 2000 m as well as for the defeat of low-flying air targets at slant distances of up to 1500m. It can be used both as a hand machine-gun and as machine-gun mounts on combat technical facilities such as helicopters, boats, vehicles and so on. Source zid.ru

The cockpit and cargo cabin floors are equipped with a spall liner, which is made using removable lightweight Kevlar armour to provide increased protection for the occupants. Kevlar armour is also installed on the left and starboard sides near the portholes.

The energy absorption ability of the seats provides superior protection to the crew members.

The crashworthy design of the landing gear provides improved survivability for the personnel during landing operations.

The cockpit with night vision goggle compatibility offers high-combat survivability for the helicopter in hostile environments, during both the day and night.

Situational awareness for the crew is provided by electro-optical systems mounted in two gyro-stabilised platforms located below the nose section.

The President-S was designed by developers in Russia to offer unparalleled protection against MANPADS missiles.

Comprehensive protection is provided by:

– Optical-electronic interference stations that protect the helicopter by forming a directed interference at the infrared seeker.

-Control unit, which provides integrated control and information processing and controls all elements of the system simultaneously.

– Multi-panel display and a system that distinguishes false targets.

The optical-electronic system President-S was developed on the basis of heavy analysis of various protection systems of the previous generations. The President-S is unique due to the fact that it implements several sub-systems of detection and countermeasures into one, giving it the ability to effectively counter heat-seeking missiles. As soon as a missile is launched at the helicopter, the UV finder immediately relays the missile’s coordinates to the control system, which simultaneously sets off the flare dispensers and activates the optical-electronic interference stations. It also alerts the helicopter’s crew of the attack via system-generated voice messages and digital information on the multi-panel displays. The coordinated work of all sub-systems results in the homing missile losing “sight” of the real target. Source russianmilitaryphotos.wordpress.com 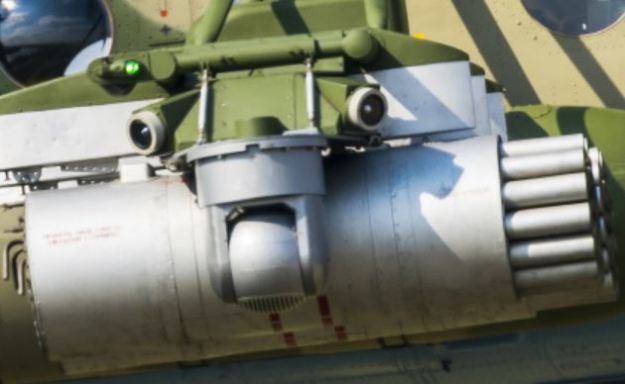 Powered by two advanced turboshaft engines, the Mi-171Sh-VN military transport helicopter offers a cruise speed of 260km/h and a maximum speed of 280km/h. It is provided with increased thrust-to-weight ratio over its base variant and has the ability to fly at high altitudes under difficult climatic conditions. 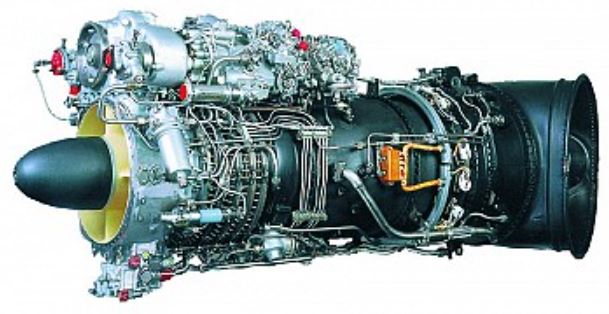