The Ranets E is a High Power Microwave (HPM) weapon system intended to produce electrically lethal damage or disruption and dysfunction in opposing airborne systems, be they aircraft or guided munitions in flight. The system was first disclosed by Rosoboronexport in 2001, but little technical detail has been disclosed since then. The weapon uses an X-band pulsed 500 MegaWatt HPM source, generating 10 to 20 nanosecond pulses at a 500 Hz PRF, and average output power of 2.5 to 5 kiloWatts. The antenna is large enough to provide a gain of 45 to 50 dB in the X-band, for a total weapon weight of 5 tonnes. The weapon has been described as a “radio-frequency cannon” and Russian sources credit it with a lethal range of 20 miles against the electronic guidance systems of PGMs and aircraft avionic systems.

The cited lethal range figures are predicated on the assumption that the target is vulnerable to a field strength of the order of ~1.0 kiloVolt/m and the antenna has a gain between 45 and 50 dBi. If we assume target hardness for typical COTS electronics, the lethal radius is between 3.8 and 7.0 nautical miles, if the target hardness is greater, the lethal footprint is reduced accordingly. What is clear is that the Ranets E will be a credible electrically lethal weapon at ranges typical for a terminal point defence weapon weapon.

The cited lethal range figures are predicated on the assumption that the target is vulnerable to a field strength of the order of ~1.0 kiloVolt/m and the antenna has a gain between 45 and 50 dBi. If we assume target hardness for typical COTS electronics, the lethal radius is between 3.8 and 7.0 nautical miles, if the target hardness is greater, the lethal footprint is reduced accordingly. What is clear is that the Ranets E will be a credible electrically lethal weapon at ranges typical for a terminal point defence weapon weapon.

The product brochure for the weapon shows its deployment on the MAZ-7910 chassis using the 54K6 command post cabin to house the Ranets system, with an roof mounted turntable for the steerable parabolic antenna. Other lower quality illustrations (not reproduced) show the Ranets E vehicle linked via cables to a 85V6 Vega/Orion Emitter Locating System (ELS) used as the targeting element. In the absence of an integrated targeting system on the Ranets E – problematic due to the risk of fratricide as even sidelobes would be electrically lethal at short ranges – it is likely that an operational system would be remotely aimed by another asset. Other than an ELS a SAM system engagement radar with sufficient angular accuracy would be suitable.

The CONOPS for the system would involve attaching one or more Ranets E systems to a battery of SAMs and integrating them with the battery fire control system, such that the Ranets E systems would be cued, aimed and fired remotely.

The APA illustration shows the system deployed on the MZKT-7930 chassis as that is the current production replacement for the original MAZ-7910.

The VAB Mk.3 armored personnel carrier was developed by Renault Truck Defense. It was developed as a private venture. Vehicle was publicly revealed in 2012. The first prototype has a 6×6 configuration. It seems that this armored vehicle is aimed mainly at export customers. As far as it is known this APC received no production orders yet.

The VAB Mk.3 follows the line of the previous VAB series of armored personnel carriers. However it is a new design, rather than upgrade or modernization of existing vehicle. Also it has improved protection, improved mobility, and can carry more payload.

The VAB Mk.3 is being proposed both in 4×4 and 6×6 configurations. Vehicle has a payload capacity of 7.5 t so it has growth potential for future upgrades. 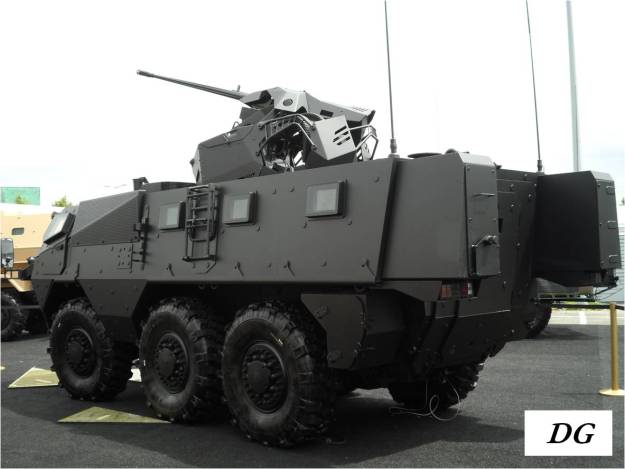 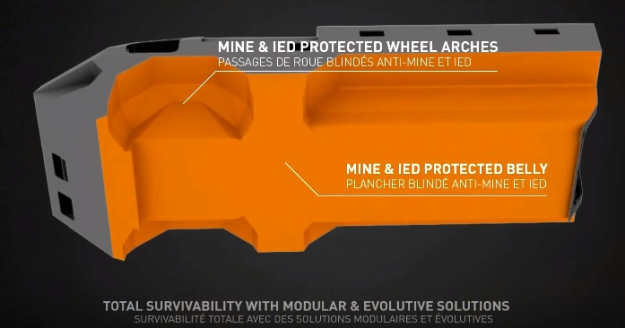 The Mk.3 is adapted to the new threats on the battlefield, such as landmines and IEDs. It is claimed that mine protection of the VAB Mk.3 is similar to that of MRAP vehicles. NBC protection and automatic fire extinguishing systems are optional. Other survivability options are available such as slat armor or active protection system. 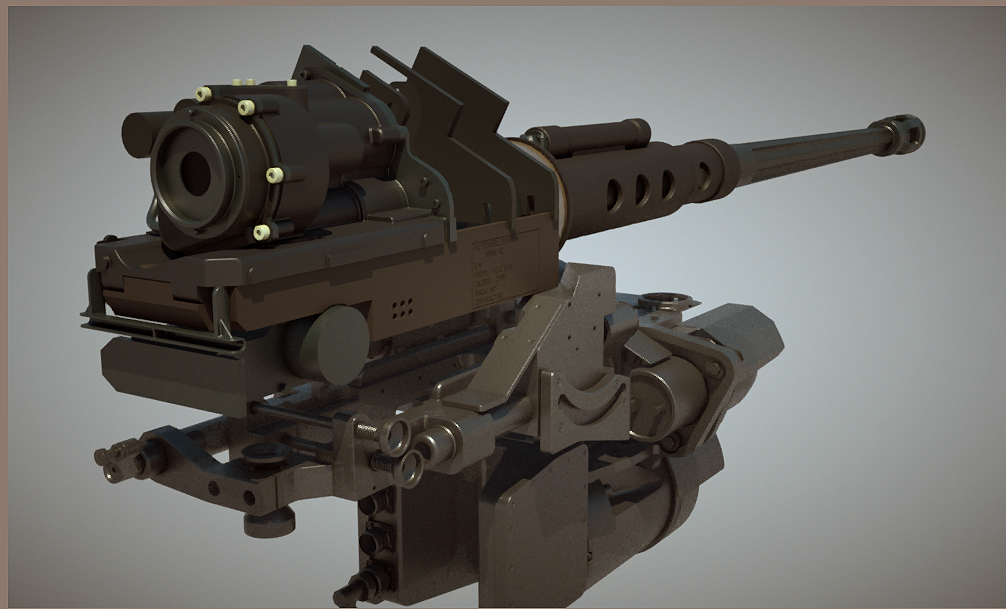 The BAE Systems Tactical Remote Turret (TRT) is a low-cost remote control weapon station developed for integration onto the latest generation of infantry fighting vehicles (IFVs), mine protected vehicles (MPVs) and light armored vehicles (LAVs). The TRT-25 features a 25mm Bushmaster cannon on a lightweight and compact mount. It has been designed to engage targets at ranges in excess of 2,000 meters in day/night conditions with high accuracy and secondarily can be used for observation of the theater of operations. Besides the 25mm M242 Bushmaster cannon with dual-feed 2×130-round bins, the TRT-25 is fitted with a 7.62mm machine gun with 1,000 rounds and four 76mm smoke grenade launchers. The M242 Bushmaster cannon can be replaced with other small caliber weapons. The TRT-25’s stabilization provides full operation when on the move, with automatic optical target tracking after manual lock-on.

The turret has a video based electro-optical gunner sight and all cameras use auto-focus, with superior levels of detection, recognition and identification. A newly developed rapid engagement function will significantly reduce the time for target engagement. The laser range finder on the TRT-25 has a range in excess of 12km. Source deagel.com

A prototype of the VAB Mk.3 was fitted with a TRT-25 remotely controlled module, developed by BAE Systems. It is armed with 25-mm M242 Bushmaster chain gun. This gun is dual-fed. There is also a coaxial 7.62-mm machine gun. Other weapon options are available, including missiles. This APC can accept remotely-controlled or man-operated turrets with cannons up to 30-mm.

It can transport up to 12 troops, including commander and driver. Troop compartment is located at the rear. Soldiers enter and leave the vehicle via rear doors or roof hatches. Commander and driver use separate side doors. 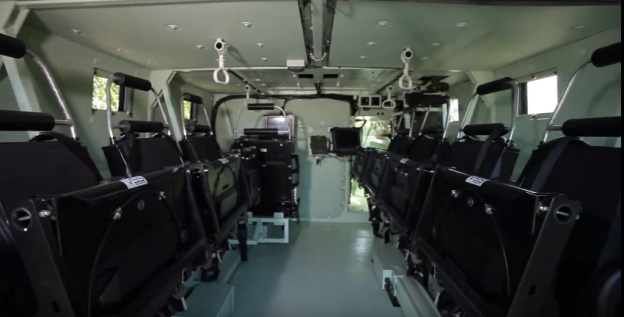 The VAB Mk.3 is fitted with a Renault DXi7 turbocharged diesel engine. This engine is available in three versions, developing 320, 340 and 400 hp. Engine is located in the middle of the hull, behind the driver. It can be replaced in field conditions in less than two hours. Engine is mated with an automatic transmission. Vehicle has a full-time all-wheel drive. A central tyre inflation system is optional. Self-recovery winch is also fitted as an option. A cold weather starting kit is optional. Amphibious kit is optional as well. 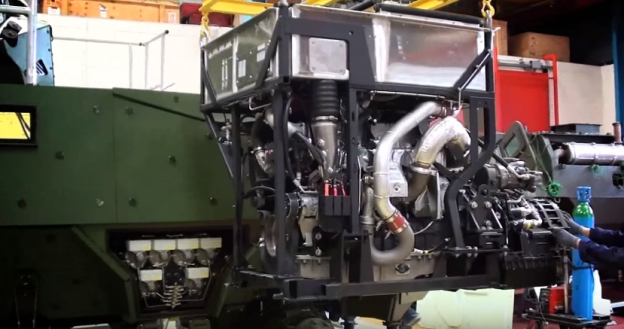 This APC can be airlifted by the C-130 Hercules of A400M Atlas military cargo aircraft.