The 9A52-4 multiple launch rocket system may be Russia’s answer to the US HIMARS. The 9A52-4 was first revealed in 2007. It is a lightweight and universal version of the Smerch MLRS. The 9A52-4 is more strategically and tactically mobile, but mobility comes at a cost of reduced firepower. This artillery rocket system is aimed both at the Russian Army and export customers. 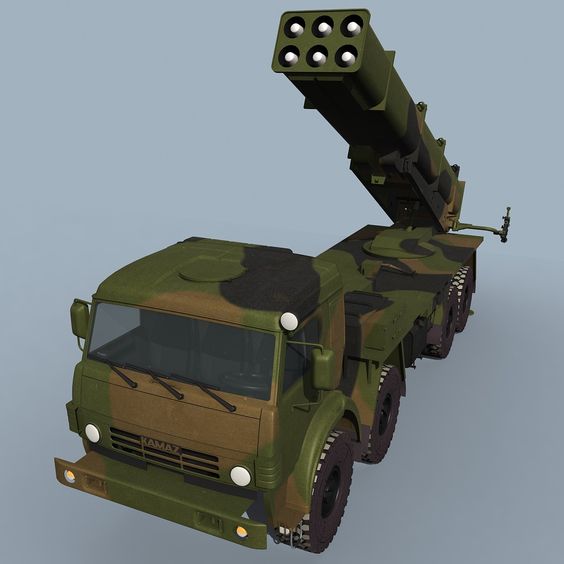 A universal multiple launch rocket system concept offers advantages of faster reloading and simpler logistics. It is capable of firing existing types of rockets without special preparation or changes.

The 9A52-4 Tornado is fitted with a single container with six launching tubes for 300-mm rockets. It can fire all current Smerch rockets, including HE-FRAG, incendiary, fuel-air explosive, cluster with anti-personnel or anti-tank mines. Cluster rounds may also carry self-targeting anti-tank munitions. A standard rocket is 7.6 m long and weights 800 kg. Maximum range of fire is 70 km with ordinary and 90 km with extended-range rockets. Rockets are fitted with range and direction correction system for better accuracy. A full salvo of this rocket system covers area of 32 hectares.

Two types of containers are available. One of them is factory-fitted and sealed. It is used to store, transport and launch rockets. The whole container is disposable. It is replaced after all rockets are launched. Another is an open-type, reusable launcher pack. It is reloaded with individual rockets by a reloading vehicle in field conditions.

The KamAZ-6350 heavy utility truck is a member of Mustang family. This family of military trucks also includes smaller KamAZ-4350 (4×4) and KamAZ-5350. The 6350 model is one of the largest trucks in KamAZ range. Its development began in 1987. First prototypes were completed in the early 1990s, however this truck was officially accepted to service with the Russian Army only in 2002, as well as other trucks of the Mustang range. A low-rate production commenced in 2003.

The KamAZ-6305 is entirely conventional in design. It is a renewed version of the previous 8×8 heavy utility truck with increased payload capacity. This military truck has a payload capacity of 10. It can tow trailers or artillery pieces with a maximum weight of 12 000 kg. A wide variety of body types and shelters are available. Vehicle has fixtures for transportation of standard removable containers. A standard troop/cargo body has drop sides, drop tailgate and removable tarpaulin with bows.

A three-person cab with a sleeping berth is standard across the Mustang range. This cab can be fitted with add-on armor kit. It is also proposed with concealed built-in internal armor.

The Mustang range has a high degree of commonality. A number of components are interchangeable. Vehicle is powered by the KamAZ-740.50.360 turbocharged diesel engine, developing 360 hp. This engine is compliant with EURO II emission requirements. It has a full-time all-wheel drive. This military truck is fitted with a central tyre inflation system and recovery winch. Vehicle is fitted with engine pre-heater, which starts the engine when temperature is as low as -50°C.

There are numerous variants of the baseline model. The KamAZ-63501 has a payload capacity of 15 000 kg. Other variants include the KamAZ-6450 tractor truck and specialized artillery tractor. The KamAZ-6350 was used as a base for Pantsyr air defense system, Semser 122-mm truck-mounted howitzer, 9A52-4, Naiza and Lynx multiple launch rocket systems. 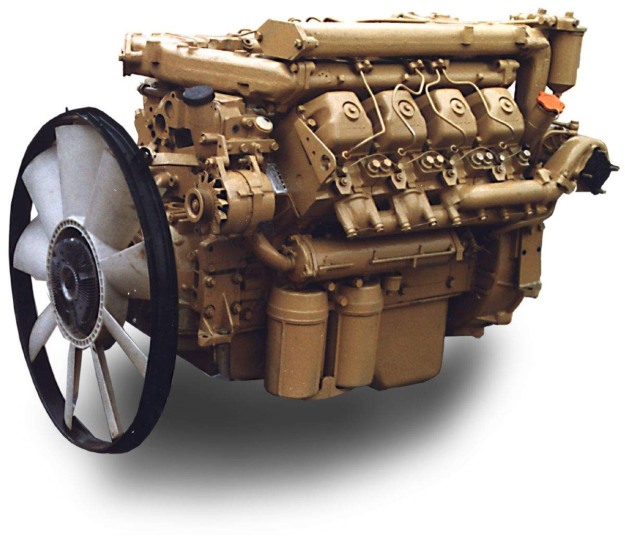 A crew of two men prepares system for firing within 3 minutes, without leaving cabin. The launch vehicle is fitted with automated laying and fire control system. It is also fitted with autonomous satellite navigation and positioning system. A launch vehicle exchanges positioning and firing data with command vehicle. Rockets can be launched directly form the cab, or remotely form the vehicle. The 9A52-4 can launch single rocket, partial ripple or full salvo.

A 9A52-4 launching vehicle with an open-type reusable launcher pack is supported by a 9T234-4 reloading vehicle. It is based on the same KamAZ-63501 8×8 wheeled chassis, but has some differences. It is fitted with a crane and carries 6 individual reload rockets. The 9A52-4 launching vehicle is reloaded within 8 minutes. Reloading usually takes place away from firing position, to avoid counter-battery fire. No information is available on a reloading vehicle, which transports and reloads sealed containers.

9A53 Tornado, based on the MZKT-7930 8×8 wheeled chassis. It might become a replacement for the ageing BM-27 Uragan and Smerch MLRS. It is worth mentioning that production of the Uragan wheeled chassis (ZiL-135 LMP) ended some years ago. The Tornado carries two launching pods for 220-mm or 300-mm rockets.