The PL-10 SRAAM is produced by the Luoyang-based China Air-to-Air Guided Missile Research Institute (formerly the Luoyang Electro-Optics Technology Development Centre), a subsidiary of the Aviation Industry Corporation of China (AVIC) consortium, and the designer and manufacturer of all infrared (IR) homing variants in China’s PL (Pi Li/Thunderbolt) series AAMs. 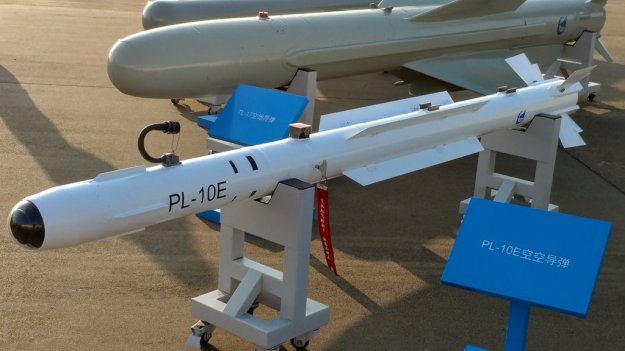 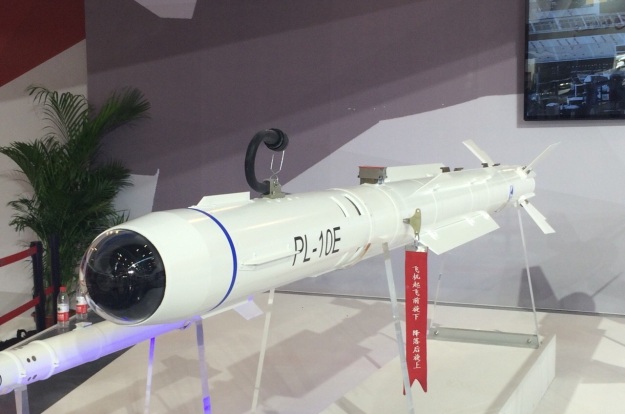 It is with us another “boss” (designer) level of characters, to PL-10E summed up 12 words, four words – “high mobility, large angle, anti-stealth, anti-jamming.” This summary, beam total given a high degree of recognition.

High mobility contains many indicators, in general, we are the most intuitive, the most easy to accept, in particular, our senior military fans and enthusiasts is easy to accept an indicator that the missile overload can achieve?The other is how much flying angle of attack can fly (although these two figures may be too professional, but now the military enthusiasts and enthusiasts, are not used too much explanation, they are clear)? Specific to the PL-10E of these two indicators, the total beam that the maximum angle of attack reached the limit of aerodynamic design, the maximum overload of 60 G or more. Such indicators, in the world is what kind of a level? Liang always told us a little story. Like any kind of weapon, whether aircraft or missiles, research and development projects should be done before the research, through research to select a suitable weapon technical indicators, the so-called fit is both advanced and contains the possibility. Advanced nature, is to ensure that the successful development of weapons, which have certain technical advantages in combat. Possibility, is stressed by the requirements of weapons can be successfully developed, and will not become an “impossible task.” Such research involves many aspects, including the relevant institutions abroad and the field of top researchers to communicate. Liang said that they had to a country on the initial set of PL-10E some technical indicators to explore and consultation, a number of other technical indicators put out one by one, the other said, no problem, can be achieved, but talked about the maximum Angle of attack, the other said a bit weird. The answer to Leung is, “We can not do it, maybe only the Americans can do it.” This story clearly illustrates how the PL-10E’s high maneuverability in the world is. With such a high mobility, which means that the missile once the target, no matter how the target “play with flowers,” want to get rid of the missile lock, at least from the mobile point of view, there is no hope. 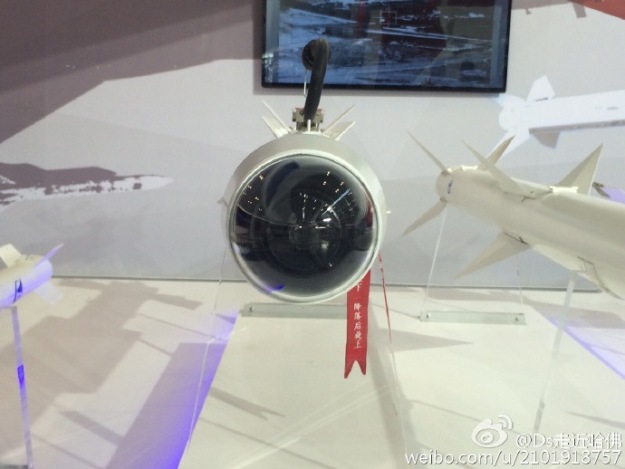 So, PL-10E off-axis angle how much can it? Beam always said its maximum off-axis angle up to several times the third generation of air to air missiles. This means that targets within the front-half of a combat aircraft can attack as long as they are within the effective range of the PL-10E. Such a large off-axis angle, with advanced airborne fire control system, especially with the advanced helmet sights, it means that in the pilot’s head within the scope of activities, be able to “see what, hit where.” This is significantly more than the traditional third-generation air-to-air missiles a big step forward. Its practical significance lies also – if the use of traditional third-generation air to air missiles, aircraft in order to lock the target, you need to adjust the nose point, the process time is too long, and you move, others are moving, the real lock is not easy. But if you have a positive 180-degree range of such a shooting, in the vast majority of cases, do not change the nose point, you can attack each other. 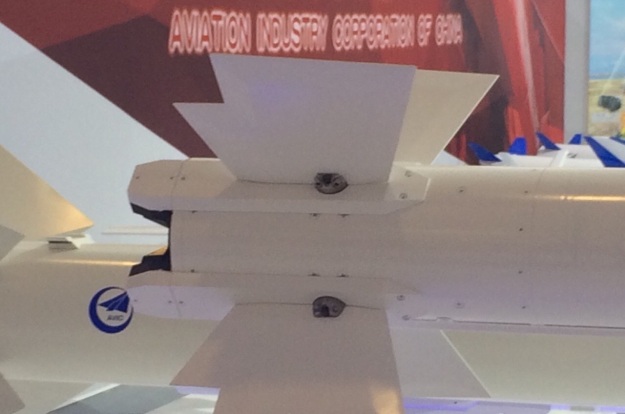 The emergence of four generations of machines, so that air combat to stealth into the era, how to fight stealth fighters, this is a worldwide problem. But stealth fighter “stealth”, mainly for radar, of course, there will be some of the stealth measures for infrared detection. But its infrared stealth effect, far less than the effect of radar stealth so good. According to the introduction of the beam, the world’s most advanced stealth fighter, the other’s radar detection and locking distance can be reduced to one-third or even lower, but the discovery of infrared photoelectric detection equipment can be compressed one-third of the distance not bad. Moreover, PL-10E uses infrared imaging guidance, which is the so-called staring focal plane array of such a guided way, even the most advanced stealth fighter, but also escape the lock of the bomb. 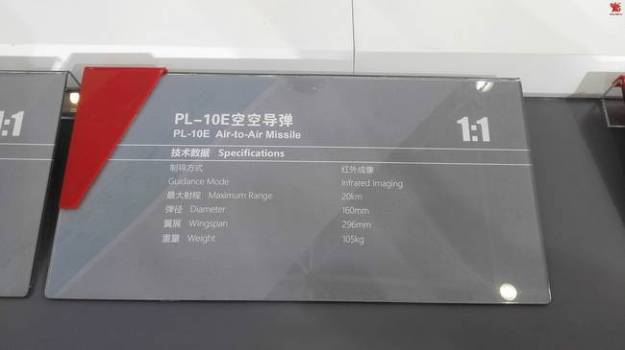 With these four properties, PL-10E if mounted on the F -20, it certainly is even more powerful.