With the successful first flight of Textron’s first production-conforming Scorpion jet, the aircraft enters a first-of-its-kind evaluation program with the Air Force.

Last week, the latest version of the Scorpion tactical jet — featuring improvements suggested by potential customers based on the prototype Scorpion that first flew three years ago this month — took off from McConnell Air Force Base for a one-hour, 42-minute flight.

Changes to the production-conforming Scorpion included 4 degrees of sweep to the wings, an enhanced aft horizontal stabilizer and a simplified landing gear design.

Officials from Textron AirLand, a unit of Textron Inc., said during the test flight that they verified the Scorpion’s newly configured Garmin G3000 avionics and aerodynamic performance as well as a number of other aircraft systems.

Now, the revamped twin-engine, multimission jet will undergo an assessment by the Air Force Airworthiness Office.

That assessment will be performed by way of the Cooperative Research and Development Agreement reached in August between the Air Force and Textron Air Land. Air Force officials said the assessment is unique because it has never done a CRADA involving an airplane that it doesn’t formally plan to buy.

“We have not done a CRADA like this before and we have never had a partnership with industry to assess aircraft that are not under a USAF acquisition contract,” Jorge Gonzalez of the Air Force Technical Airworthiness Authority said in a news release announcing the agreement.

The Air Force said the assessment is important to making direct, commercial sales of the airplane to foreign military services.

Since the first flight of the prototype Scorpion in December 2013, it has accumulated more than 800 flight hours and flown to 10 countries for demonstrations to foreign military services. The jet was designed and built in Wichita. Textron AirLand says the subsonic Scorpion can be used for intelligence gathering, surveillance and reconnaissance, and close air support missions.
___
(c) 2016 The Wichita Eagle (Wichita, Kan.)
Visit The Wichita Eagle (Wichita, Kan.) at http://www.kansas.com
Distributed by Tribune Content Agency, LLC.

Scorpion jet may have a shot in possible Air Force contest

Textron Begins a Limited Production Run of Scorpion Jet, But No Contract Yet

Cessna Manufacturer Gears Up For War

OPINION: Can Scorpion jet fight its way to sales success? 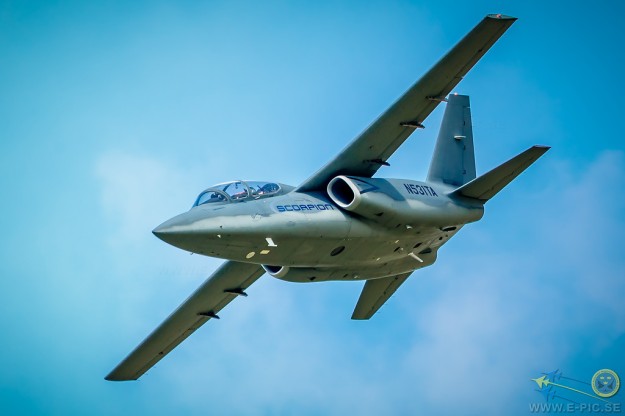 The torpedo, which has advanced counter-countermeasure capabilities, is operational with the US and its allied submarine fleet, and serves as a highly effective and lethal weapon against anti-surface and anti-submarine threats in deep and shallow waters.

The heavyweight torpedo is equipped with advanced commercial-off-the-shelf technologies to provide superior reliability and performance against challenging threats in both littoral and blue water environments, and can support multi-band operation.

The MK 48 Mod 7 CBASS is an upgraded version of the MK 48 Advanced Capability (ADCAP) Mod 6 Advanced Common Torpedo (ACOT), manufactured by Raytheon. The new torpedo was developed as part of an Armaments Cooperative Programme between the US Navy and the Royal Australian Navy. 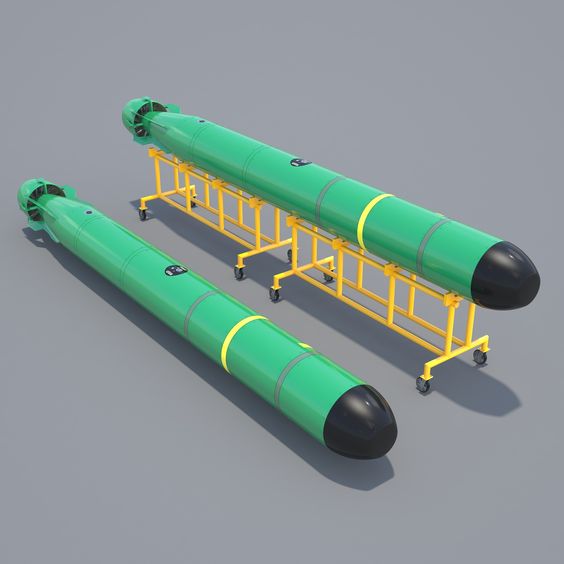 The Mk-48 has been operational in the US Navy since 1972. MK-48 ADCAP (Advanced Capability) became operational in 1988 and was approved for full production in 1989. The USS NORFOLK (SSN 714) fired the first ADCAP torpedo on July 23, 1988, sinking the FORREST SHERMAN-class destroyer JONAS INGRAM (DD 938).

Mk-48 and Mk-48 ADCAP torpedoes can operate with or without wire guidance and use active and/or passive homing. When launched they execute programmed target search, acquisition and attack procedures. Both can conduct multiple reattacks if they miss the target.

A highly capable weapon, the Mk-48 can be used against surface ships or submarines, and has been test fired under the Arctic ice pack and in other arduous conditions. The ADCAP version, in comparison with earlier Mk-48 torpedoes, has improved target acquisition range, reduced vulnerability to enemy countermeasures, reduced shipboard constraints such as warmup and reactivation time, and enhanced effectiveness against surface ships. The Mk-48 is propelled by a piston engine with twin, contra-rotating propellers in a pump jet or shrouded configuration. 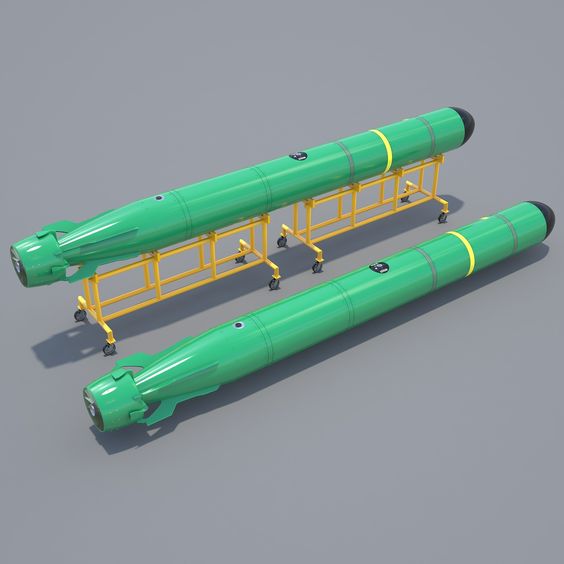 The US Navy awarded a $70.2m contract to Raytheon for 15 MK 48 ADCAP torpedoes in support of MK 48 CBASS initial production and production engineering. Development testing of the MK 48 CBASS torpedo was completed in November 2004 and operational testing was completed in November 2005. Initial operational capability was achieved in 2006 after hardware and software upgrades.

The torpedo was successfully test-fired by HMAS Waller submarine of the Australian Navy during the Rim of the Pacific 2008 (RIMPAC 08) exercise in July 2008.

The US Navy awarded a five-year fleet-wide CBASS programme to Lockheed Martin in 2011 to modernise a total of 1,263 MK 48 torpedoes deployed by the entire submarine fleet as anti-submarine or anti-surface warfare weapons. The company received a contract worth over $50.68m for functional item replacement kits, engineering services, spare parts and production support material in March 2011.

The upgrade kit consists of a broadband analogue sonar receiver, a guidance and control box, a pre-amplifier, guidance and control materials, and cable assemblies. It provides increased bandwidth and streamlined targeting and tracking capabilities to the heavyweight torpedo.

Lockheed Martin secured a $37m contract from the US Navy in August 2013 to provide Mod 7 CBASS replacement kits and services for the MK 48 heavyweight torpedoes in service with the US Navy and allied naval customers from Canada and the Netherlands. Polaris Contract Manufacturing, a subsidiary of Lockheed Martin, is responsible for building the circuit card and module assembly. Completion of the work is scheduled for July 2017.

Lockheed Martin was awarded a $10m contract by the Naval Sea Systems Command (NAVSEA) in April 2014 to provide maintenance support for all MK 48 torpedoes.

This contract includes options which, if exercised, would bring the cumulative value of this contract up to $424,7 million.

Work will be performed in Marion, Massachusetts and is expected to be completed by December 2019.  Source navaltoday.com

Design and features of the MK 48 Mod 7 CBASS

It supports autonomous fire-and-forget operation or wire-guide capability to provide post-launch monitoring and updates through the submarine combat system. It also allows the transmission and reception over a wide frequency band. The broadband signal processing techniques ensure improved search, acquisition and attack effectiveness for the torpedo.

The Mark 48 Mod 7 torpedo is standard armament for the Navy’s fleet of Los Angeles-, Virginia-, and Seawolf-class fast attack submarines, as well as Ohio-class ballistic-missile and cruise-missile submarines.

The Lockheed Martin Corp. Mission Systems and Training segment in Washington is building the Mark 48 Mod 7 CBASS heavyweight torpedo with advanced common broadband advanced sonar system for expanded operational capabilities for shallow waters along coastlines and inside harbors, as well as in the deep-water open ocean. 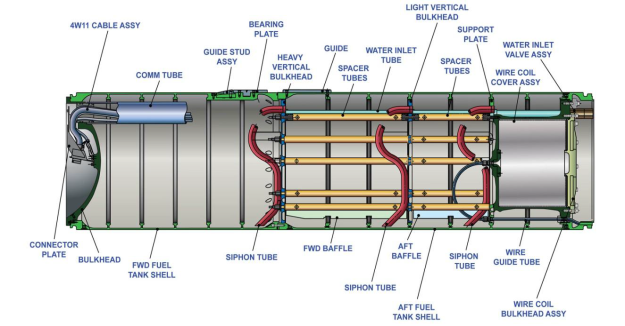 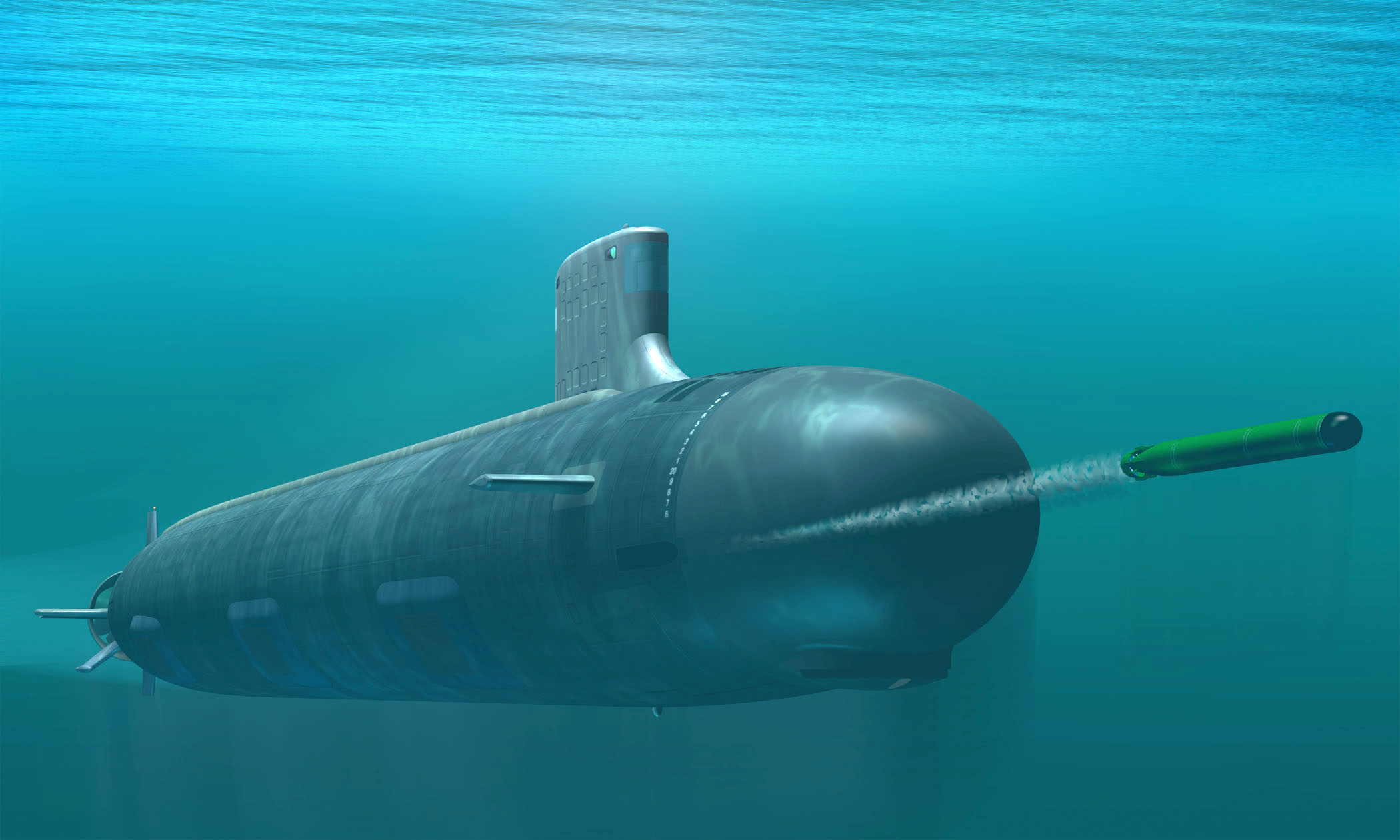 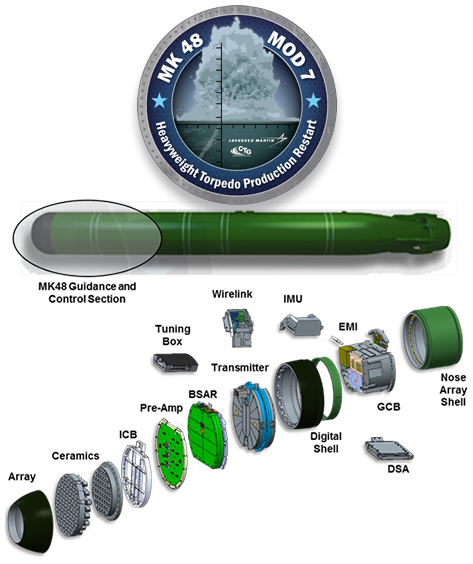 Lockheed Martin provides the U.S. Navy the latest advancements in sonar systems for guidance and control systems for the MK 48 Mod 7 torpedo. The Lockheed Martin guidance and control systems will equip the heavyweight torpedoes with increased bandwidth and streamlined targeting and tracking capabilities. These systems will optimize the MK 48’s effectiveness as well as provide advanced counter-measure capabilities.

Lockheed Martin provides fully integrated guidance and control sections to increase the inventory of MK 48 torpedoes over several years. The expectation is that the production orders will range with the potential for more than 250 torpedoes over the next five years for the U.S. Navy, which are used by all classes of submarines as their anti-submarine warfare (ASW) and anti-surface warfare (ASuW) weapon.

The guidance and control systems for MK 48 torpedoes include the same section of the Navy’s existing heavyweight torpedoes that Lockheed Martin is upgrading under the MK 48 Common Broadband Advanced Sonar System (CBASS) awarded by the U.S. Navy in 2011. Lockheed Martin delivers to the U.S. Navy at least 20 Mod 7 CBASS kits per month and is on track to deliver all kits on schedule. Lockheed Martin also performs work intermediate maintenance of these torpedoes for fleet training, giving the Navy a critical combat advantage. 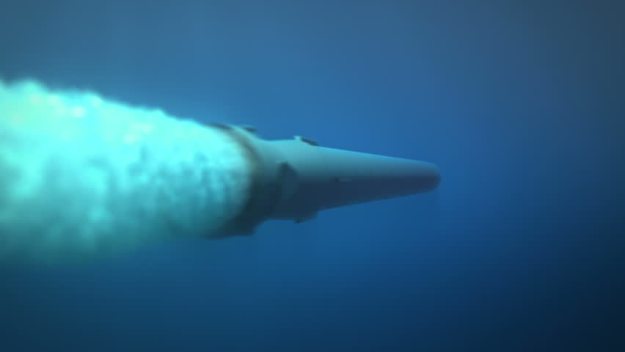 The MK 48 Mod 7 CBASS torpedo is propelled by an inexpensive Otto Fuel II Piston engine, and has a speed of more than 28kt and a range of five miles.