WASHINGTON, Dec. 20 (UPI) — Four days after a Chinese ship snatched one of the U.S. Navy’s undersea drones out of the water, the unmanned exploratory vehicle was returned to the United States amid continued sniping between the two countries.

The U.S. Navy Ocean Glider Unmanned Underwater Vehicle seized by China on Dec. 15 was returned to Tuesday morning as the USS Mustin received the UUV in international waters near where the drone was first picked up a Chinese salvage ship.

“This incident was inconsistent with both international law and standards of professionalism for conduct between navies at sea,” Pentagon press secretary Peter Cook said in a statement. “The U.S. has addressed those facts with the Chinese through the appropriate diplomatic and military channels, and have called on Chinese authorities to comply with their obligations under international law and to refrain from further efforts to impede lawful U.S. activities.”

The vehicle was conducting a pre-programmed military oceanographic survey on Dec. 15 in the South China Sea and, as it was returning to the USNS Bowditch, was picked up by the salvage ship.

China said the drone was unidentified and could pose a threat to safety, calling their seizing of the UUV and effort by crew on the ship to identify it. China also claims the drone was in Chinese waters. The Pentagon, however, said the UUV was in international waters when it was snatched while gathering unclassified data to help submarines navigate in murky water.

The South China Sea is hotly contested by the nations surrounding it, with China attempting to claim most of it. Even if China’s claims were widely acknowledged, which they are not, the U.S. could still legally use drones for the type of exploration the Navy was conducting, according to experts.

U.S. and Chinese officials quickly worked out the UUV being returned, with the Chinese saying the exchange was set up with “friendly consultations,” though officials at the Pentagon say they will continue investigating the situation.

The Slocum electric gliders can be deployed for up to thirty days and travel up to 1500-km (longer using Lithium batteries) collecting scientific data from depths of 5 to 1000m.

The gliders are manufactured by Teledyne Webb Research and are classified as Autonomous Underwater Vehicle Gliders (AUVGs). The ~6ft long pressure hull is made of carbon fiber and aluminum and has a payload bay for a standard or custom suite of instrumentation. Data transfer and communication is accomplished via Iridium or radio frequency (RF) modem .

These gliders use a change in buoyancy to change vehicle pitch and create forward motion. An external oil bladder is filled or drained to change buoyancy and the wings convert the vertical velocity into forward movement. Multiple ascents and descents create a vertical sawtooth trajectory. The glider navigates to waypoints by using surface GPS fixes to apply corrections to dead reckoning.

A team of two can easily deploy and control several gliders from a small boat and access to the internet.

BHUBANESWAR: The Defence Research and Development Organisation (DRDO) is all set to go for a fresh trial of the home-grown cruise missile Nirbhay from a defence base off Odisha coast on Tuesday.

The indigenously developed surface-to-surface sub-sonic missile, which is compared with America’s Tomahawk missile, is likely to be test-fired from the launching complex-III of the Integrated Test Range (ITR) at Chandipur-on-sea.

A few scientists involved with the project have, however, expressed concern as the missile is being pushed for trials despite shortcomings in it.

“The snags in the flight control and navigation software have not been sorted out. Strangely, the authorities are pinning illogical hopes on its success. Our fingers are crossed,” said a source. DRDO authorities could not be contacted for comment.

Prior to the last year’s trial, The New Indian Express had carried a story highlighting the shortcomings in the missile system. The missile performed exactly as it was apprehended and the mission was aborted after 700 seconds.

The fuel tank used in the missile system had not cleared the Environmental Stress Screening (ESS) tests thus making it vulnerable during flight. Safety of the system, quality of subsystems and reliability of the build components were also compromised during the trial.

Developed by Advanced Systems Laboratory (ASL) of DRDO, the missile is yet to perform as expected. It has undergone three tests in the last three years.

While during the first test in 2013 the guidance component, known as gyro, in the navigation system of the missile had malfunctioned for which the missile veered off the path, during the second test in 2014 it could not manoeuvre at the desired low height.

The cruise missile having a strike range of around 750 km to 1,000 km is expected to supplement the Indo-Russian joint venture supersonic cruise missile BrahMos, which can carry warheads up to 290 km.

The two-stage Nirbhay missile has a length of six meters, the diameter of 0.52 m, wing span 2.7 m and a launch weight of about 1,500 kgs. Bengaluru-based Aeronautical Development Establishment (ADE) has designed the missile.

“A few scientists involved with the project have, however, expressed concern as the missile is being pushed for trials despite shortcomings in it.

“The snags in the flight control and navigation software have not been sorted out. Strangely, the authorities are pinning illogical hopes on its success. Our fingers are crossed,” said a source. DRDO authorities could not be contacted for comment.”

The Nirbhay is India’s first indigenously produced cruise missile. Aesthetically, the missile appears similar to the U.S. Tomahawk and the Russian Club SS-N-27 with its cylindrical fuselage. So far it is unclear whether the missile will be ground, sea, or air-launched, but its tests suggest at least a ground launched version and the DRDO is said to be working on a road-mobile truck platform. Other reports suggest the Nirbhay is due for deployment on submarines.1 The Nirbhay is believed to be 6.0 m in length, 0.5 m in diameter, and 1,500 to 1,600 kg in launch weight. The payload is believed to be around 450 kg of HE/submunitions, but a small nuclear warhead with a 12 kT yield is also possible.2 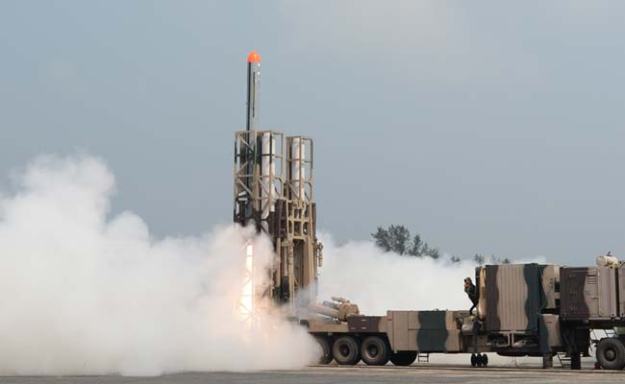 The missile utilizes a solid propellant booster motor that is jettisoned shortly after launch, switching over to a turbojet engine with a cruise speed of 0.65 Mach and a reported range of 800-1,000 km.3 The missile is guided by INS/GPS with an active-radar terminal seeker and its accuracy could be improved both by the development of an indigenous Indian navigation satellite system4 and the potential of integrating the seeker from the BrahMos missile, which could be tested in December 2016.5

The first flight test of the Nirhbay in 2013 had to be aborted when the missile veered off course, but the second test in 2014 was successful to a range of 1,000 km.6 A 2015 test of the missile was terminated as a result of a malfunction in the guidance system.7 Another test of the Nirbhay is planned for sometime in 2016.8 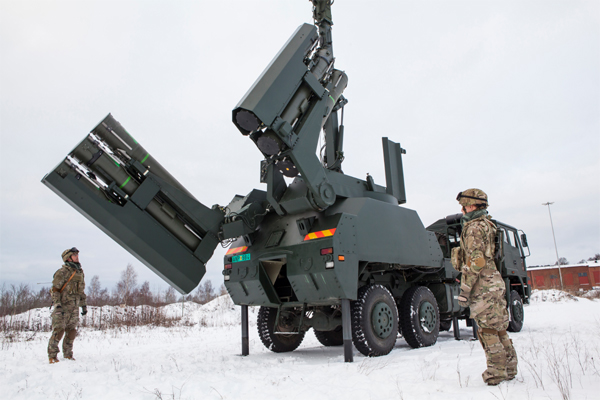