The Malaysian Army expects deliveries of the IFV-25 variant of the AV8 Gempita armoured fighting vehicle (AFV) to be completed by either the end of 2015 or in early 2016, according to Malaysian Army Chief General Raja Mohamed Affandi Raja Mohamed Noor.

Gen Raja Affandi told IHS Jane’s that the delivery completion date would depend on the finances available due to payment being made as each vehicle is delivered by manufacturer Deftech. 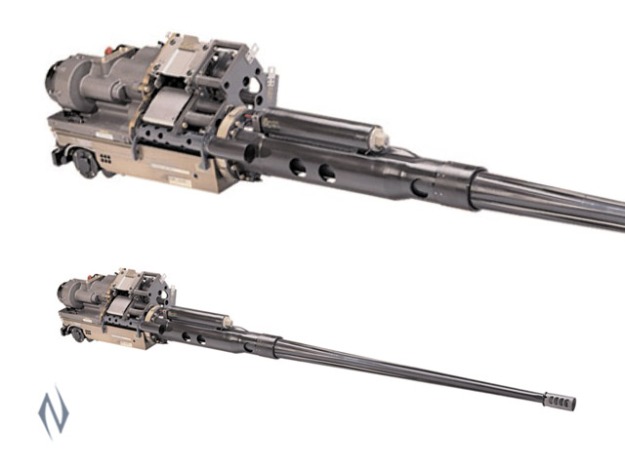 The M242 Bushmaster is a 25 mm (25×137mm)chain-driven autocannon. It is used extensively by the U.S. military, as well as by NATO‘s and some other nations’ forces in ground combat vehicles, such as the Bradley fighting vehicle and various watercraft. Originally the weapon was designed and manufactured by Hughes Ordnance in Culver City, California, which was acquired by McDonnell Douglas (later acquired by the Boeing Corporation); however it is now produced by Orbital ATK of Mesa, Arizona.

It is an externally powered, chain-driven, single-barrel weapon which may be fired in semi-automatic, burst, or automatic modes, it is fed by a metallic link belt and has dual-feed capability. The term “chain gun” derives from the use of a roller chain that drives the bolt back and forth, the gun can destroy lightly armored vehicles and aerial targets (such as helicopters and slow-flying aircraft). It can also suppress enemy positionssuch as exposed troops, dug-in positions, and occupied built-up areas, the standard rate of fire is 200 rounds per minute. The weapon has an effective range of 3,000 metres (9,800 ft), depending on the type of ammunition used. With over 10,000 units sold worldwide, it is one of the most successful modern autocannons. Source wikivividly.com

He said the programme was still within the army’s planned schedule for deliveries of the AV-8 and AFV-30 variant and would start once all IFV-25s had been delivered.

The IFV-25 variant is fitted with a one-person FNSS Sharpshooter turret armed with a stabilised ATK Armament Systems M242 25 mm dual-feed cannon and an FN MAG 58M 7.62 mm co-axial machine gun (MG). Of the 257 vehicle order of 12 variants, 46 vehicles will be in this configuration.

The AFV-30 variant – of which 68 have been ordered – mounts a Denel Land Systems (DLS) two-person LCT-30 turret with a DLS stabilised 30 mm GI-30 external dual-feed linkless cannon and an FN MAG 58M MG. 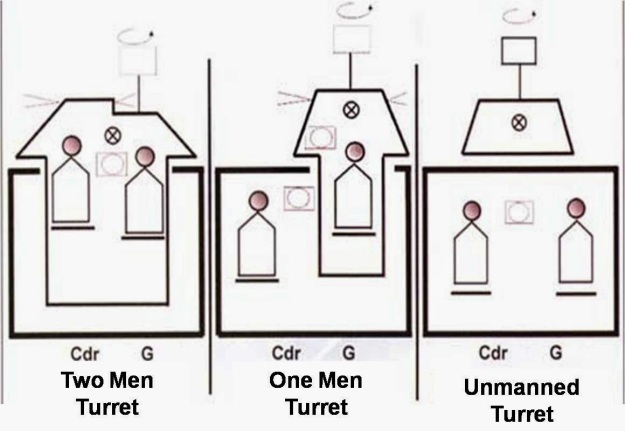 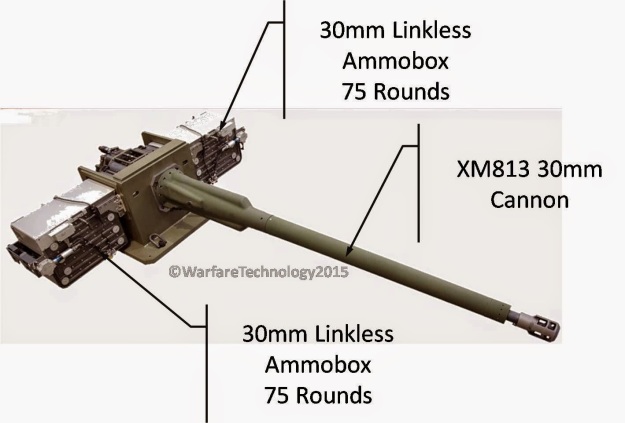 Of the remaining 10 variants, the most significant number is the anti-tank version – of which 54 have been ordered – with a Denel LCT turret fitted with the GI-30 and two Denel Dynamics Ingwe laser-guided missiles either side.

Ingwe (‘leopard’) missile is a laser guided, therefore jam-resistant, beam-rider missile with a tandem warhead that will penetrate up to 1000 mm of Rolled Homogeneous Armour (RHA) after a single layer of reactive armour. The warhead ensures effective target neutralisation. The missile automatically determines its own position in the laser beam and manoeuvres onto the line of sight. It has crossfire capability from adjacent platforms with high-speed launch from helicopter platforms and fire-on-the-move from land platforms.

The system is designed to ensure that it can be installed easily on most aircrafts in either standard two-or-four-missile configuration. Electrical integration with aircraft avionics is achieved with standard serial communication interfaces.

Ingwe laser-guided missile – The system consists of a laser projection unit and guidance and control units. The system uses a Laser beam riding missile that automatically determines its own position in the laser beam and manoeuvres onto its Line-of-sight (LOS). The sighting system varies from a non-stabilised optic system for light vehicles to a stabilised day/night system on helicopter launch systems. Automatic targeting modules can also be added to the missile system that can be added to ensure fully automatic post-lock on missile guidance by the operator. The missile can engage targets at ranges from 250 m to 5,000 m. It employs a tandem warhead to defeat up to 1,000 mm (40 in) of armour. The missile is also designed to be stealthy (virtually hard to detect) and highly resistant to countermeasures.

The sighting system can vary from a non-stabilised optical sight for light vehicles to a more complex and integrated stabilized day/ night sight for moving platforms such as helicopters. Automatic target-tracking modules can be added to ensure fully automatic missile guidance after target lockon by the operator.

The system is designed to ensure that it can be installed easily on most aircraft in either standard two or four-missile configuration. Electrical integration with aircraft avionics is achieved with standard serial communication interfaces.

Other platform options include heavy IFV turrets fitted with stabilised sighting systems, to light vehicle and even tripod-mounted solutions.

Gen Raja Affandi also said that some minor changes within the AV8 have been requested as a result of experience with the vehicles already delivered and in service but that these did not affect the production schedule.

The Denel LCT30 turret is fitted with a 30mm gun and a co-axial gun. The huge spent 30mm cartridge will be ejected from an opening next to the gun barrel. One Ingwe box missile launchers can also be fitted to each side of the turret. The GI30 is a dual-feed 30×173 mm cannon with an effective range of   3, 000 m. It has two firing modes, a closed-breech, single-shot ‘sniper mode’ for engaging point targets, and a three-round burst mode at 100 rounds/minute for general use. The integrated fire-control system combines a video and thermal sight with three fields of view, an integrated laser range finder, a ballistic computer, an auto-tracker, and touch-screen battle panels for the commander and the gunner. The panels display the sight image, ballistic data and battle management information. Another unique feature of the GI-30 is that of next round selection. Having two feeders, with general ammunition on the right hand and specialist types on the other, the weapon allows the operator to select a specific round, without first firing off or ejecting an unwanted round.