If one looks at a map of Thailand he or she will notice that in Southern Thailand there is a narrow strip of land where on the right hand side is the South China Sea and on the left hand side there is the Andaman Sea. This strip of land borders Myanmar (Burma) towards the northwestern side and Malaysia towards the southwestern side. It is known as the Isthmus of Kra.

45 years ago the founder of the biggest privately-owned petroleum refinery in Thailand — Thai Oil Refinery PLC — Mr. Chow Chowkwanyun (spelling may not be 100% correct) was already proposing the building of a man-made canal like the Suez and Panama canals to enable ships going from Asia to India, Middle East and Europe and vice versa to shorten their traveling time and save operating expenses like fuel and charter time significantly while generating additional income for the Thai Government to fund industrialization and economic development in Southern Thailand to counter the fast-spreading Islamic insurgency activities in that part of the country.

Succeeding generations of Thai government have paid lip service to promoting such an important project and basically took no action to proceed with it. Every time someone in the Thai Government introduce a new proposal to investigate and determine the economic feasibility of implementing such a project, I was told by informed sources the late Prime Minister Lee Kuan Yew of Singapore will immediately fly to Bangkok with his team of Singaporean government officials to “rain cash from helicopter” in Government House in Bangkok. That is of course quite possible because building and operating such a canal will significantly affect the economy of Singapore, especially when they depend a lot of tne entrepot trade between the small island and Indonesia, and also Singapore is the biggest petroleum refining country in Southeast Asia today. I can envision that if the Thai Government goes ahead with the Kra Canal project, many, if not all, of the petroleum refineries in Singapore today (almost all foreign-owned and operated) will eventually move to Thailand and be located on both sides of the canal.

This situation is about the change though. The present Thai Government under the military strongman is discussing the building of just such a canal with China offering both financial and technology back-up to see to it’s successful completion. What I was told was the Chinese-backed International Infrastructure Bank stands ready to provide funding for up to 100% of the project and China is offering to design and build the canal with close participation from all three major SET-listed Thai civil engineering contractors like ItalThai, C.K. and SinoThai.

Hopefully, this time around, if the military government in Bangkok is sincere and truly wants to develop the economy of Southern Thailand and neutralize the Muslim insurgents in that area, the Kra Canal project should be able to see the light of day. Any efforts by the present Singapore Government to scuttle the project will be strongly rebuffed by Beijing. Such a project will truly and significantly promote the industrialization and economic development of the relatively poor Southern Thailand region and benefit the Kingdom and Thai people as a whole.

Can’t wait to see it happen it would bring great prosperity not just for Thailand but surrounding countries will greatly benefit also, however on a negative note it would also bring increased meddling by superpowers

“Any efforts by the present Singapore Government to scuttle the project will be strongly rebuffed by Beijing.”

HOW CAN THE KRA CANAL PROJECT BENEFIT THAILAND AND ASEAN?

If one were to look at a Pacific-centered world map, one would realize that Thailand and the Malacca Straits are located right in-between the Pacific Ocean and the Indian Ocean. In 1987, at a conference on “The Kra Canal Project and the Development of Thailand” held at the Dusit Thani Hotel, Dr. Uwe Henke von Parpart, Director of the Fusion Energy Foundation, an American mathematician of German origin, remarked that Thailand is situated at the most strategic spot in Southeast Asia, the junction point between the Pacific Ocean and the Indian Ocean. Thus, Thailand is also located right in the middle of two-thirds of the world’s population. Dr. Parpart went to predict that both China and India would grow to become major economic powers and that should Thailand decide to build the Kra Canal in the south, the country would greatly benefit from its strategic position. 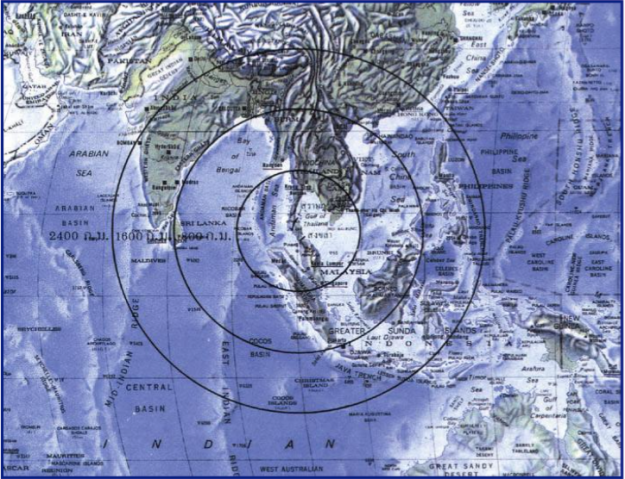 Prof. Dr. Surasak Nananukul, a leading Thai economist of his time, remarked clearly that “The development of a Special Economic Zone” around the Kra Canal would be a major feature in the Global Logistic Infrastructure. The special economic zone would also be a key factor in the “Regional Investment Village.” The existence of the Kra Canal would immediately place Thailand on one of the world’s major sea lane of communication. At present, Thailand is situated at the bottom-end of the lane. All agricultural and manufactured goods have to be first placed on small feeder ships before being transfered onto large ocean freighters that dock in Singapore. Singapore has an advantage because it is situated at the front-end of the lane. The Kra Canal will make it possible for Thailand to be at the front-end of the lane and thus, be able to compete with Singapore.

1. A Center for Maritime Transportation

5. An Economic Zone based on Peace and Neutrality

In the proposal of the Commission of Assets and Securities Market on he subject of “Next Frontier of Capital Market Development” on September 11, 2014, Dr. Worapol Sokhatiyanraks remarked that Thailand has a geographic advantage. It has the potential to become a Logistic Hub with a competitive edge. Thailand could also become the center of cargo transportation by land and air. The development of the high speed train, Thailand will be able to link to other ASEAN nations, China, India, the European continent, Africa and the United States of America. In any case, be- cause Thailand would only slightly benefit from this project, Dr. Worapol suggested that transportation of oil by pipeline would act as an economic land bridge be- tween Satun (Pak Bara Port) on the Andaman Sea and Songkhla province on the Gulf of Thailand. The oil pipeline would be 140 km. long. Giant oil storage towers, deep-sea ports and refineries would line the two coasts of Thailand.

The Land Bridge might help to reduce the problems of congestion in the Straits of Malacca somewhat because the transportation of oil represents 50% of goods that go through the Malacca Straits. In any case, transportation of oil alone would not be able to transform Thailand into a Maritime Logistic Hub. The Port of Singapore receives more than 130,000 vessels (2009 figures) per annum. It is also a major transshipment center. Approximately 1.780 billion tons of cargo transported by 45% of vessels going through the Straits of Malacca, the equivalent of 32 million containers (TEUs), are taken off major ocean-going vessels, put onto feeder ships and vice versa. This fact alone places the Port of Singapore second only to the Port of Shanghai in China.

It is unlikely that the oil pipeline or otherwise known as the Land Bridge would be able to turn Thailand into a Maritime Logistic Hub, the main reason being that it is single-purposed and can be used for only one kind of cargo, in this case only liquid cargos (oil). To handle all types of cargo (liquid cargos, containers, bulk cargos, etc., it would require double-handling, once on the coast of the Gulf of Thailand and again on the coast of the Andaman Sea. Double handling would increase transporta- tion costs. Normally ocean-going cargo vessels try to avoid double-handling. If there is not a good enough reason impelling double-handling, ocean-going vessels would not want to use the services of the Land Bridge. Therefore, it is clear that such a Land Bridge will not provide the necessary impetus for Thailand to become a Mari- time Logistic Hub in the future. 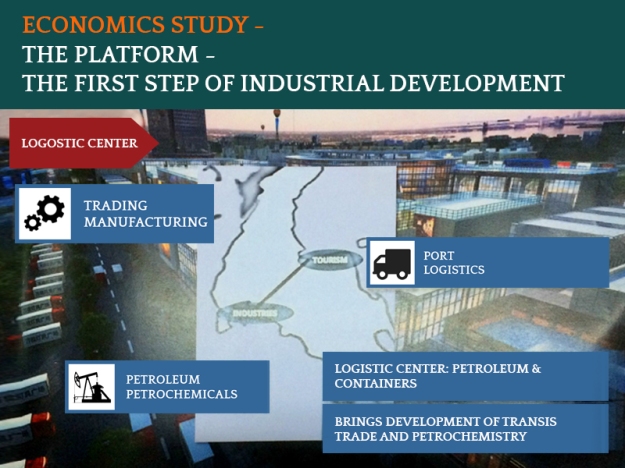