The K9 Thunder is a 155mm / 52 calibre self-propelled howitzer developed by Samsung Techwin for the Republic of Korea Armed Forces. The howitzer is designed to provide effective and deep fire support in all kinds of theatres. Built on high mobility platform, the K9 delivers a high rate of fire at long range.

The K9 Thunder development program began in 1989. The first prototype was rolled out and tested in 1996. The design phase was completed in 1998 and serial production began in 1999. It is one of the main contenders for the Land 17 Artillery Replacement Project of the Australian Army.

The South Korean Government awarded a contract to Samsung Aerospace Industries (SSA) for the K9 Thunder in December 1998. The first batch of K9 were delivered to the Republic of Korea Army in 1999.

In late 2001, Turkish Land Forces Command (TLFC) sgned a contract with Samsung TechWin for K9 Thunder. The Turkish variant was designated Firtina or T-155 K/M Obus. Turkey received its first batch of eight Firtina howitzers in 2004. A total of 150 units were delivered to the Turkish Army in December 2009.

The main weapon is the 155mm / 52 calibre gun. It has a burst rate of fire of three rounds per 15 seconds and a maximum rate of fire of six to eight rounds a minute for three minutes.

Sustained rate of fire is two to three rounds a minute for one hour. The K9 Thunder is designed to meet the up-to-date tactical concept on shoot and scoot.

The gun can fire a standard M107 high-explosive (HE) projectile for a maximum range of 18km.

The M107 is a conventional, hollow forged steel projectile filled with TNT high-explosive. A TNT supplemental charge may be fitted to projectiles loaded with a deep intrusion fuze cavity and is removable for assembling proximity fuzes such as the M514, M728 and M783 to the projectile. The 155mm Projectile HE M107 is compatible with the most 155mm howitzers, using cannons, M1A1, M126/ M126A1, M284, M185 and M199. The M107 155mm projectile is the US Army and US Marine Corps’ standard high explosive (HE) projectile for howitzers. It is a bursting round with fragmentation and blast effects. Source twirpx.com

Maximum range firing the HE rocket assisted projectile (RAP) with uni-charge of five zones, is 30km. It can also fire a K307 projectile with a modular-charge of six zones for a maximum range of over 40km.

Base Bleed HE, already deployed in the field, is a 155mm long-range high explosive developed by Poongsan with its up-to-date design and precision forging technology.

in service and production

The gun’s firing is controlled by onboard fire-control equipment. The information can be transmitted through a data digital radio link or voice communications. The automatic loading system places the projectiles onto the ammunition tray ready for fire. The K9 Thunder can open fire within 30 seconds at stand out position or within 60 seconds during movement.

The MVRS-3000 system measures and manages a wide variety of ammunition to improve probability of first round hit for Field Artillery, Naval, Mortars and Anti-aircraft applications.

The K9 Thunder is supplemented by a K10 automatic ammunition re-supply vehicle (ARV) built on the K9 platform.

The K10 is a fully tracked vehicle that follows the main artillery battery. The K10 ARV can automatically transfer 12 rounds per minute through a conveyor belt.

This avoids the exposure of crew to the combat environment. Each K10 supports two K9 guns and can carry 104 rounds of ammunition.

The K9 Thunder is powered by an MTU MT 881 Ka-500 8-cylinder water cooled diesel engine coupled to the Allison ATDX1100-5A3 transmission. The engine develops a power output of 1,000hp with a power-to-weight ratio of 21.6hp/t. The propulsion system provides a top speed of over 67km/h and a cruising range of 360km.

The original X1100 transmission was developed by Allison Transmission in the 1970s and went into production in 1979 as the X1100-3B. This configuration was for application with the Textron Lycoming AGT-1500 gas turbine, as installed in the General Dynamics Land Systems M1/M1A1 and M1A2 Abrams MBTs.

The X1100 centre section was designed so that it could be adapted for other engines such as gas turbines, rotary or diesel of comparable power ratings. This is done by using different input modules that are compatible with the particular engine and vehicle installation requirements. The X1100-5 was developed for application with the General Dynamics Land Systems AVDS-1790 diesel engine. Concepts for the following vehicle applications have been made: M48A5, M60, AVLB (M60/M48 chassis), M728 CEV, M88 and Challenger. The M88 and Challenger require an input gearbox. Currently, an M60 AVLB demonstrator is running.

As the US Army has now placed a low rate initial production order for the M1 Wolverine Heavy Assault Bridge (HAB) it is considered improbable that the US Army will order the enhanced M60 AVLB which is known as the Razorback. Source army-guide.com

T-155 Firtina is the Turkish variant of K9 Thunder. The major equipment including gun system, automatic ammunition feeding system and diesel engine were retained for the T-155.

The first batch of eight T-155s were built in South Korea under a licence agreement with Samsung Techwin, while the remaining batch of over 300 units is being produced at the 1st Army Maintenance Center Command, Adapazari in Turkey. 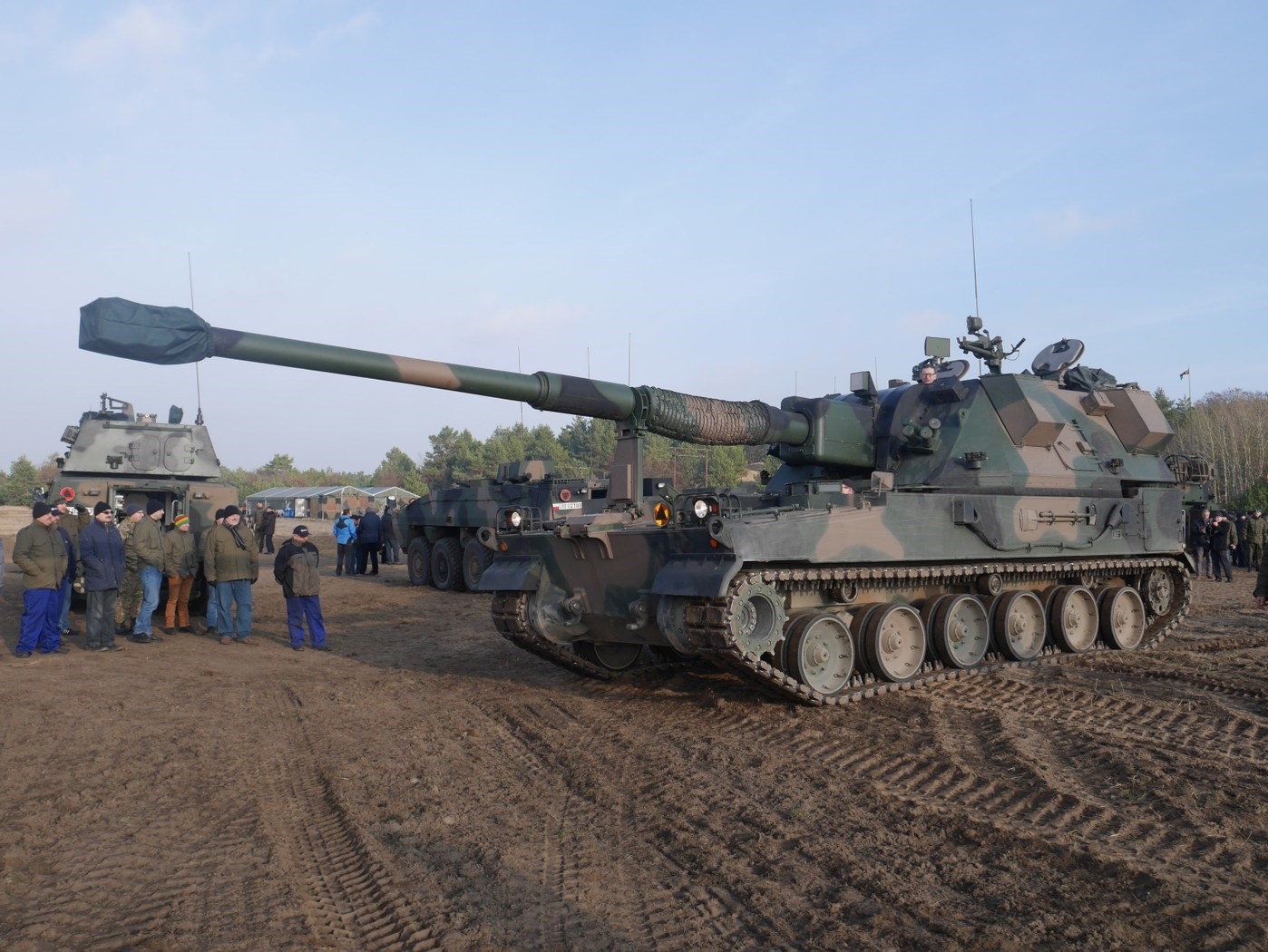