Currently, Stinger integration on the Apache D model is conducted on a case-by-case basis for operators, where the missiles are mounted on the stub wingtips through a separate integration package. From 2018, the E model will become the common configuration for all future domestic US and FMS Apache sales, and will include a pylon-mounted Raytheon ATAS integration package as standard.

The Stinger system consists of a Stinger round encased in its launch tube and a separate gripstock assembly.

The “fire-and-forget” Stinger missile employs a passive infrared seeker to home in on its airborne target. A passive infrared seeker emits no radiation that a target aircraft can detect, and, instead, guides on the infrared energy (heat) emitted by the target. Because the Stinger employs a passive homing seeker, it is a “fire-and-forget” weapon that needs no guidance from the operator after firing, unlike other missiles that track the reflection of a designator beam, requiring the operator to maintain a lock on the target. This allows a Stinger operator to take cover, relocate, or engage other targets immediately after firing a Stinger.

The Stinger system features a proportional navigation system, integrated Indentification Friend or Foe (IFF) interrogation, and threat adaptive guidance. Proportional navigation enables the missile to effectively hit moving targets by injecting a multiplier factor into course corrections so that the missile overcorrects for a target’s evasive maneuvers, leading the target to a successful interception. The integrated IFF subsystem allows the Stinger operator to query a target aircraft to determine if it is friendly. Before firing, the operator depresses a button on the gripstock assembly, emitting a coded radio signal. Aircraft equipped with friendly IFF systems will recognize the coded signal and respond with the appropriate coded reply. The IFF subsystem emits one tone if it authenticates a friendly aircraft, and another if the aircraft is unknown. The IFF subsystem is intended to prevent friendly-fire incidents. The Stinger’s threat adaptive guidance takesover in the final stages of its approach to the target, slightly shifting the missile’s aim from the target’s IR hotspot to more vulnerable areas of the aircraft. 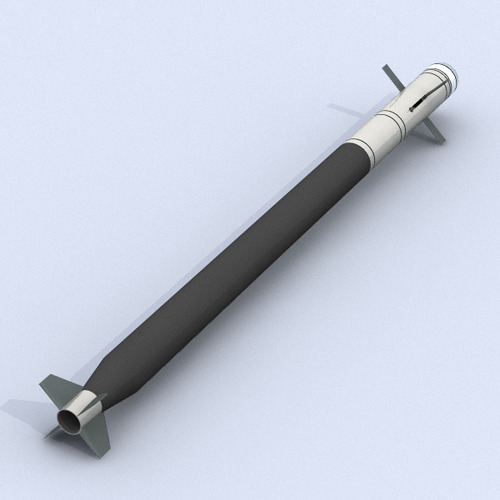 The Air-to-Air Stinger [ATAS] is an adaption of the man portable Stinger System. It is a light weight missile designed to engage low altitude targets.