According to our source in China, the steel cutting of the first Type 075 Landing Helicopter Dock (LHD) for the People’s Liberation Army Navy (PLAN or Chinese Navy) is expected to take place by the first quarter of 2017

For self protection, the LHD is set to be fitted with 2x H/PJ-11 eleven-barreled 30mm CIWS and 2x HQ-10 short range SAM launchers.

Finally, the contract for the new Type 054B frigates should be signed soon, while the extension work at the Shanghai shipyard will be completed by 2017 (construction of a future CATOBAR aircraft carrier will then be possible at this shipyard).

Amphibious ships are particularly relevant because of China’s vast territorial claims in the South China Sea, border disputes further north with Japan, and the long-standing threat to the last holdout from the communists: Taiwan. For many years a potential Chinese assault on Taiwan was mocked as the “million-man swim” because the navy did not have anything approaching the amphibious capability needed to land enough troops on the island. Today these derogatory jokes are fading into memory as defense watchers count the new warship in China’s naval modernization. Source forbes.com

Probably the best set of images of the first Type 075 LHD so far from today: Here 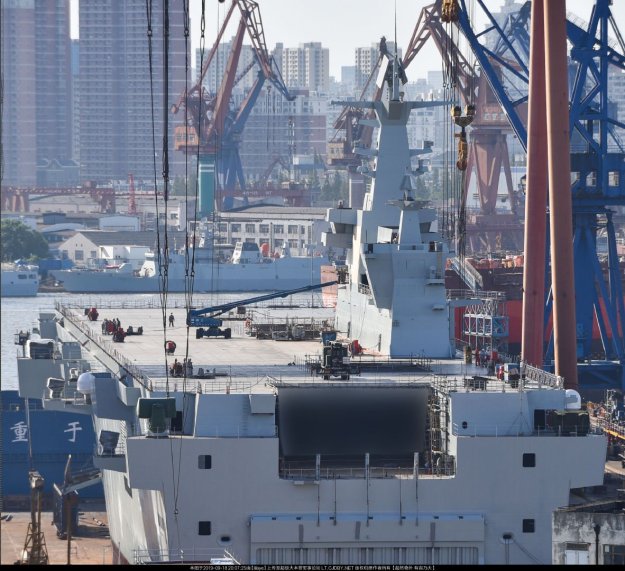 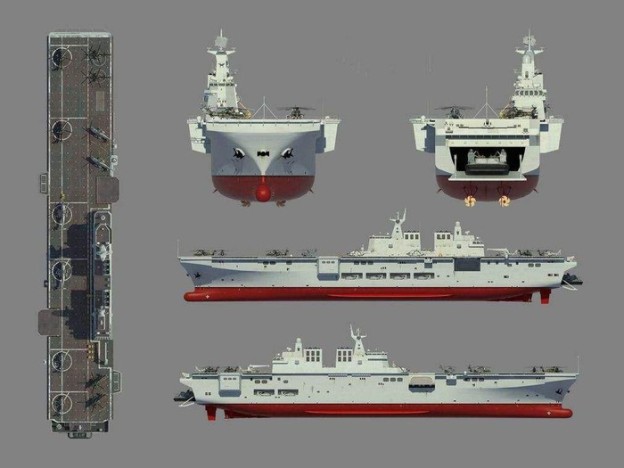 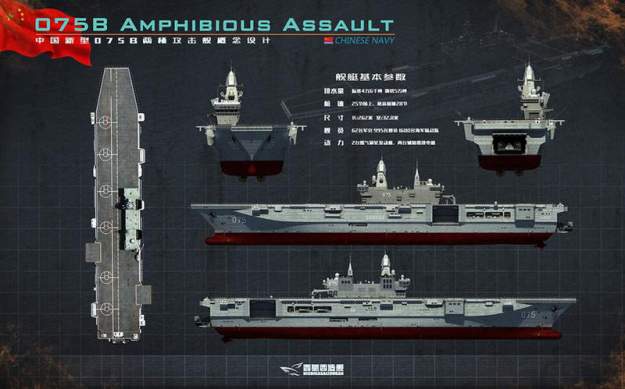 This amphibious assault ship will carry a mix of helicopters including Z-8, Z-9, Z-18, Ka-28 and Ka-31. The flight deck will have around 6 spots for helicopters. Most of these helicopters will be transport helicopters. The Type 075 class could also carry VSTOL aircraft, however currently China has got no suitable aircraft for these warships. Although a related engine development project is underway.

Well deck of the Type 075 will accommodate a couple of landing craft or at least two Type 726A hovercraft, that are extremely similar to the US LCAC.

There were reports that the Type 075 amphibious assault ships will be fitted with four HHQ-10 short-range air defense missile systems and two H/PJ-11 close-in weapon systems. These defensive systems are already used on other China’s warships. So the Type 075 class will carry only short-range defensive armament. Protection of these amphibious assault ships will be provided by escorting warships. Source military-today.com