Calidus B-250 is a next-generation light attack / trainer aircraft developed by Calidus in collaboration with Brazilian firm Novaer, Rockwell Collins and Pratt & Whitney Canada. It is specifically designed to serve the light combat and training requirements of air forces across the globe.

Calidus unveiled the B-250 aircraft at the Dubai Airshow in November 2017.

The B-250 programme was launched in 2015 and its first prototype was developed within a period of 25 months, completing its maiden flight in July 2017. Calidus plans to construct a manufacturing facility in Al Ain City to facilitate the full-scale production of the B-250 aircraft.

The chief designer for the project was Joseph Kovacs, who was also a part of the design team of Embraer Tucano light attack aircraft.

B-250 military trainer design and features

At first glance, the B-250 looks similar to the Super Tucano, which is not surprising given both aircraft were designed by Novaer’s Joseph Kovacs. But, before the B-250’s designer started his work, he was told by Calidus that the aircraft had to be faster – with an air speed up to 300mph flying straight and level – pull between -3/+7G and have the most advanced technologies on board. It should also have a maximum endurance of 12 hours.

Powered by a 1600shp Pratt & Whitney PT6A-68 engine with a four-blade Hartzell propeller, the aircraft got its speed and more. According to Alkaabi, it can actually reach 380mph during manoeuvres.

Being pressurised to fly up to 30,000ft means it can get to a high enough altitude to avoid most enemy air defences and man-portable air defences (MANPADS).

Low-wing configuration of the aircraft enables it to generate more lift and significantly reduce the drag. Safety of the on-board crew is ensured by the optional ballistic protection system.

The under-fuselage integrates a retractable tri-cycle type landing gear with three single wheel units. The reinforced landing gear enables operations from rough airfields and unprepared strips. The aircraft can be mounted with a Wescam MX-15 optronics turret, and seven hard points to carry a range of weapon systems.

The order, announced at the Dubai Air Show on 20 November, covers 24 aircraft and associated services for the UAE Air Force and Defence (UAE AF & AD) and is valued at AED2.27 billion (USD620 million). No details pertaining to delivery timelines or in-service dates were disclosed.

First revealed at the same event in 2017, the B-250 is a single-engined, tandem twin-seat aircraft that is being developed in the UAE by Calidus with input from Brazilian company Novaer. Source janes.com

Cockpit and avionics of Calidus B-250

Pro Line Fusion for Calidus B-250

The Calidus B-250 is a superior light attack and trainer aircraft designed for combat and asymmetric warfare. In its fully integrated warfighter cockpit, Pro Line Fusion® provides a flight deck that connects the pilot to the aircraft, the battlespace and the mission like never before.

The avionics suite gathers information from on-board sensors and offers real-time information about runways, taxiways, complex intersections, and aircraft location. The information will also enhance the situational awareness of the pilots.

It also integrates a fully automatic Multiscan weather radar, which provides information on the weather conditions to the on-board crew.

The JPATS (Joint Primary Aircraft Training System) is designed to train students in basic flying skills and is common to the U.S. Air Force and Navy. Designated the US16LA, this lightweight ejection seat is designed for training aircraft, such as the T-6 Texan II. 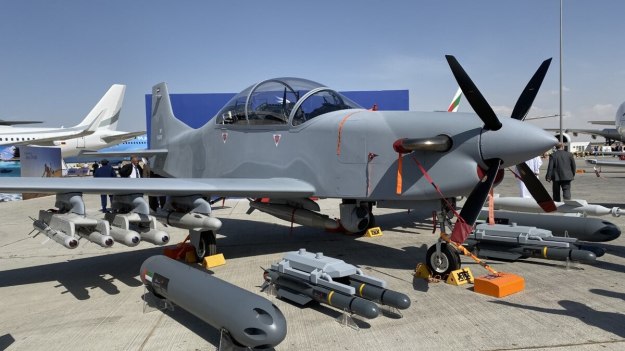 The latter is a partnership formed in 2014 between the UAE and South Korea’s LiGNex1. An ESSS spokesman said: “The Koreans can help us to integrate weapons, qualify them and change seekers in them.”

At IDEX 2017, ESSS was exhibiting the likes of the Emirates guided bomb – a Mk80 series unguided bomb with a wing/guidance kit, which turns it into a cruise missile using inertial/GPS navigation. The system has a wireless interface connecting the bomb’s fire control unit to the pilot’s knee-pad unit or mission-planning unit. The big advantage is the wireless communications ensure there is no need for any special modification to the aircraft platform.

This LiGNex1 wing kit is already in service with the Republic of Korea Air Force F-15s and F-16s.

Raybolt is a medium-range infantry missile that can be fired from either a man-portable tube or from a vehicle mount. It has top and direct attack modes. The EGB (pictured) is a wing/guidance kit that turns a Mk 80 series unguided bomb into a standoff precision attack weapon that uses inertial/GPS navigation. The system has a wireless interface that connects the bomb’s fire control unit to the pilot’s knee-pad unit or mission-planning unit. Using wireless communications negates the need for any special modification to the aircraft platform. The LIG Nex1 wing kit is already in service with the Republic of Korea Air Force. Source janes.com 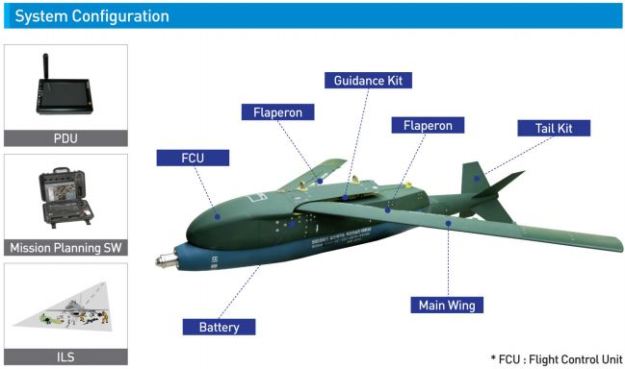 Another weapon the partners are working on is the LOGIR imaging infrared precision rocket, which was seen mounted under the wing of one of the B-250s at the 2017 Dubai Air Show (DAS 17).

Providing ESSS with some opposition is Al Barij Dynamics – a partnership forged in 2012 between South Africa’s Denel Dynamics and Tawazun Dynamics, as Al Barij was formerly called. It manufactures the Al-Tariq family of strap-on bomb kit systems, used on Mk81, and Mk82 bombs. They provide the user with all-weather, day or night operational capabilities, utilising GPS/INS guidance.

A low-cost, precision-guided kit designed to improve the range and accuracy of the standard Mk81 and Mk82s, it consists of either an inertial navigation system (INS)/global navigation satellite system (GNSS) guidance option or an INS/GNSS SAL seeker version.

P3 has been integrated on a number of platforms and serial production has already begun in the company’s Abu Dhabi facility.

The weapons won’t just be dedicated to the UAE. According to Calidus, they will also include Chinese, European, Russian and US systems to ensure all markets will be catered for. Source arabianaerospace.aero

Barij Dynamics is showing a range of precision-guided air-launched munitions as part of the EDIC display (Stand 05-A05). The enterprise, which is now a joint venture between EDIC and Denel Dynamics, was previously known as Tawazun Dynamics, but changed its name following its switch to EDIC.

The company has created a range of precision munitions that are in service with the UAE Air Force and Air Defence. The first weapon produced by the joint venture was the Al Tariq, based on the Denel Umbani. This is a kit that turns a 125lb Mk 81 or 250lb Mk 82 unguided bomb into a precision weapon with GNSS/ INS (Global Navigation Satellite System/Inertial Navigation System) guidance. Dual-mode guidance systems have been developed with either imaging infrared (with automatic target recognition) or semi-active laser (SAL) seekers combined with the GNSS/INS system. The weapon comes in a standard Al Tariq-S configuration that has a range of around 40km, or the Al Tariq-LR that adds a large fold-out wing kit that extends the range to around 120km.

Barij Dynamics also produces the Sejeel bomb kit that adds GNSS/INS and/or SAL guidance to Mk 81 and Mk 82 bombs. Like Al Tariq, it can be programmed with differing attack profiles, and has off-axis and moving target attack capability. The company has also produced a strap-on kit (pictured) for the larger 2,000lb Mk 84 weapon with GNSS/INS and SAL guidance systems. Source janes.com

B-250 is powered by a Pratt and Whitney PT6A-68 turboprop engine equipped with a multi-stage axial and single-stage centrifugal compressor. Coupled to a single four-bladed propeller, the engine has maximum power production capacity of 1,600shp.

The Pratt & Whitney Canada PT6 is a turboprop intended for both fixed-wing and rotary wing aircraft which has been in service for over 50 years. The PT6 turboshaft family set the standards for helicopter engine reliability, durability and low cost of ownership. So far more than 32,000 engines have been delivered worldwide powering a variety of fixed- and rotary-wing aircraft. 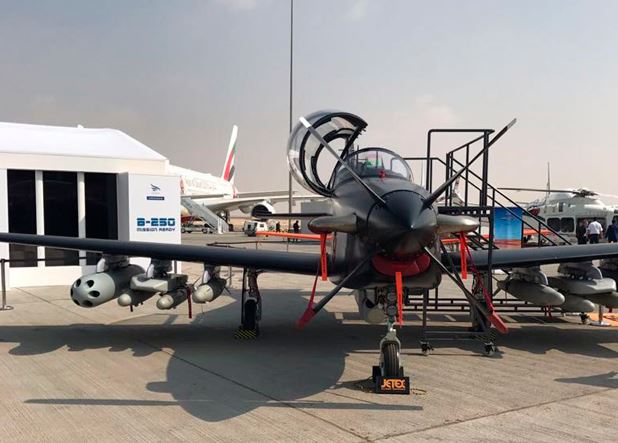 The power-plant allows the aircraft to fly at a maximum speed of 301k. The aircraft can attain a maximum altitude of 30,000ft (9,000m) within a short span of time. It is designed to carry a maximum payload of 1,796kg and travel up to a maximum range of 4,500km.

The maximum autonomy or the endurance offered by the aircraft is 12 hours.