Launched in late November 2014, UMS Tabinshwehti is also the third guided-missile corvette to enter service with the MN. Unlike the two older 77 m guided missile corvettes, UMS Anawrahta (771) and UMS Bayintnaung (772), the recently commissioned corvette has a reduced-RCS superstructure with two masts and a helicopter hangar.

Moreover, two sets of five-barrelled Chinese-origin RDC anti-submarine rocket launchers are mounted ahead of the main gun and what appear to be two sets of two box launchers for Chinese C-802-series anti-ship missiles are fitted amidships.

The commissioning ceremony, which took place on the MN’s 69th anniversary, was attended by the commander-in-chief of the country’s armed forces, Senior General Min Aung Hlaing, who noted that Myanmar is now capable of constructing missile corvettes to its own specifications from start to finish. “Building warships on a self-reliant basis saves money and provides benefits to Myanmar,” he added.

Video footage of the demonstration suggests that the USV is controlled by two operators using a commercial-off-the-shelf-based control system with joystick controls and a line of sight radio control. 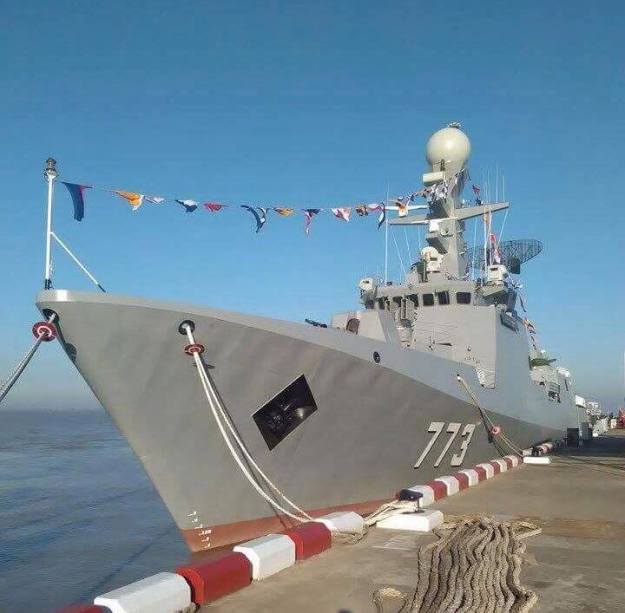 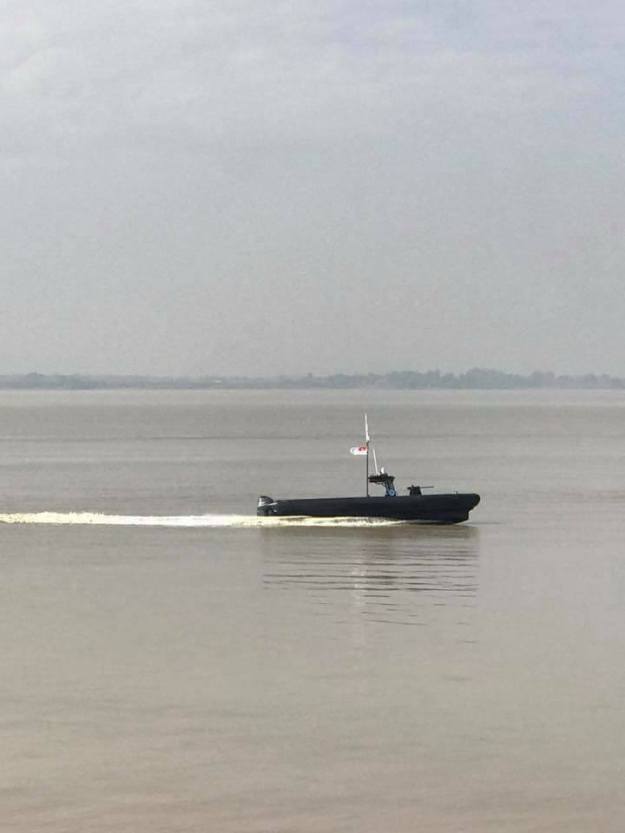 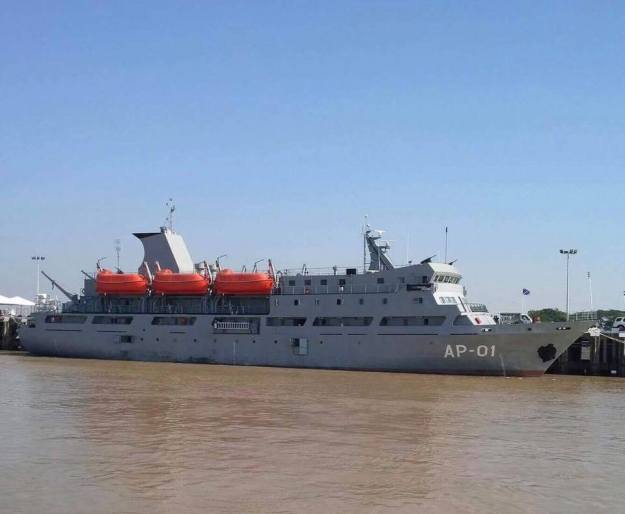 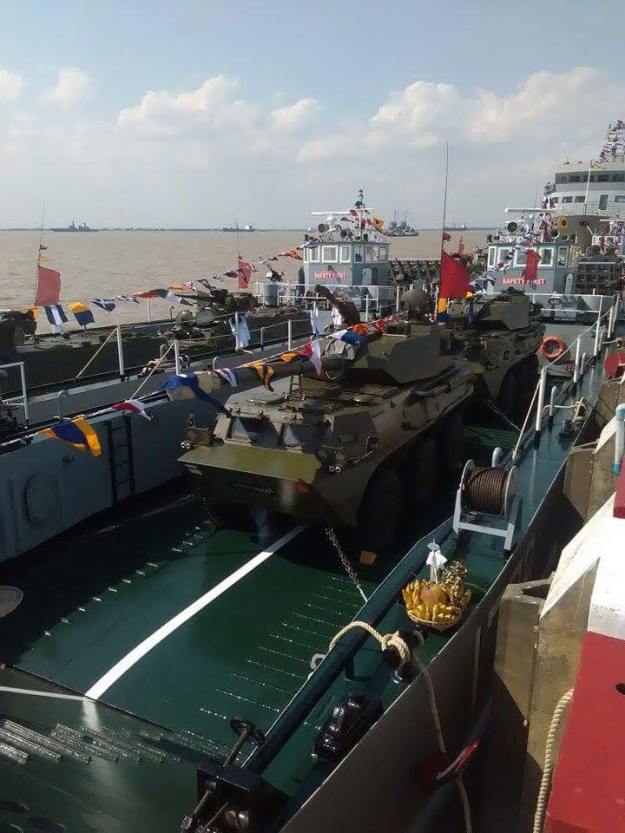