Commercial satellite imagery taken in early November suggests that Vietnam is responding to China’s construction of military facilities in the South China Sea (SCS) by expanding its own capabilities in the disputed Spratlys, according to the Asia Maritime Transparency Initiative at the Center for Strategic and International Studies (CSIS).

The imagery shows that Hanoi is significantly upgrading its sole runway on Spratly Island and constructing new hangars there, the Washington-based research group said in a report published on its website on 15 November .

“This is a familiar pattern for Hanoi. Even amid reduced diplomatic tensions, Vietnam continues to modernise its military and seek closer security ties with Japan, the United States, and India in preparation for future Chinese assertiveness in disputed waters,” said CSIS. 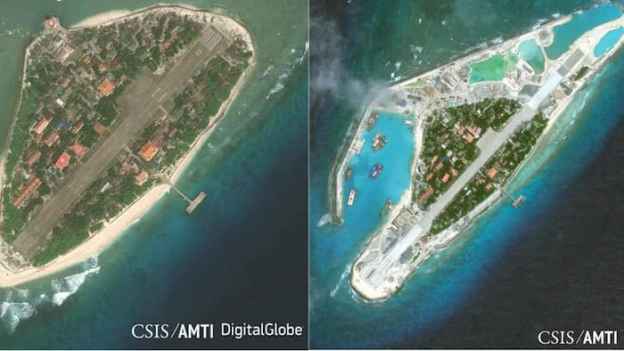 Vietnam is extending a runway on an island it claims in the South China Sea in apparent response to China’s building of military facilities on artificial islands in the region, a US think tank reported on Thursday.

AMTI, a project of the Centre for Strategic and International Studies think tank, said continued reclamation work could mean the runway has new been extended to more than 1.2km.

It said the upgraded runway would be able to accommodate maritime surveillance aircraft and transport planes, as well as combat aircraft.

The report said Vietnam had added about 23 hectares of land to Spratly Island in recent years, but its reclamation work remained modest by Chinese standards.

China has built military-length runways on three artificial islands it has built up in the South China Sea since 2013.

Reuters reported in August that Vietnam had discreetly fortified several of its islands in the disputed South China Sea with mobile rocket launchers capable of striking China’s runways and military installations across the vital trade route.

Military analysts said the deployment of the launchers was the most significant defensive move Vietnam has made on its holdings in the South China Sea in decades and it underscored Hanoi’s concerns about China’s assertive pursuit of territorial claims in the disputed region.

Vietnam’s Foreign Ministry has called the information “inaccurate”, without elaborating. 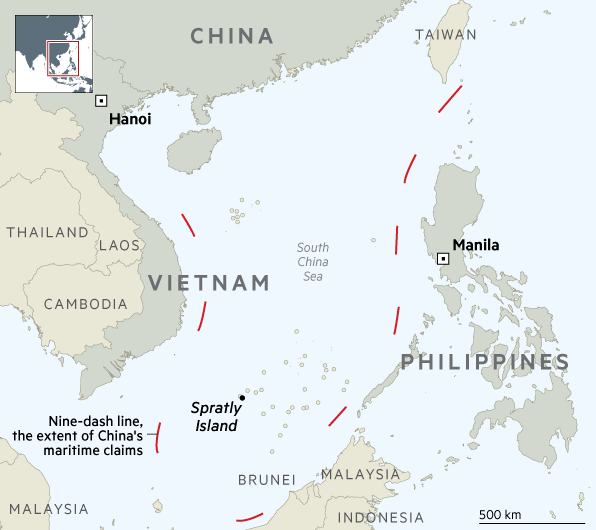 Chinese Missile Expert Believes War with the US is Inevitable

Warning Of ‘Intense’ War As China’s Military Might Approaches US

World order in 2035: US could lose ability for global dominance, DoD paper says

China to have ‘world’s largest navy’ by 2020, says report

Will Japan Become The Next Big Military Superpower?

Sharpening the Spear: The Carrier, the Joint Force, and High-End Conflict: Here