US Army’s plans for the fastest, lightest, most lethal tank EVER

THE US Army is developing its most lethal tank ever – equipped with new sensors and weapons that will rival Russia’s fearsome T-14 Armata.

America’s new SEP v4 Abrams, which will begin testing in 2021, will include advanced laser systems, a more deadly 120mm tank round and new technology which allows the machine to stay a step ahead of its enemies.

Details of the new design are classified but Major Genenal David Bassett, who is working on the new armoured vehicle, said laser rangefinder technology, meteorological sensors and laser warning receivers would all feature.

He told Scout Warrior: “A combination of mid-wave and long-wave sensors allow for better target identification at long ranges and better resolution at shorter ranges.”

He said new data collected on the tank’s ammunition would allow its crew to “communicate with the round before firing it”.

But its successor would be in direct competition with the latest Russian T-Armata and China’s Type 99 tank.

The T-14 Armata comes with UV detectors that give instant warning of incoming fire.

At least 100 have been ordered by the Kremlin with the first set to roll off the production line in 2018.

Among the tanks’ other eye-catching featuresis a fully autonomous turret that can rotate 360 degrees at high speed to reposed to threats coming any direction.

The 125mm smoothbore cannon fires at a rate of 100 shots per minute and can hit a target almost five miles away.

The T-14 tank was first unveiled at the Victory Day parade in Moscow’s Red Square on May 9 2015.

Russian Deputy Defence Minister Yuri Borisov said: “We have a contract for a pilot batch of more than 100 machines. They are already arriving for trials.”

China’s type 99 armoured vehicle is the country’s first information-based tank, meaning it collects data and can share it with other units on the battlefield.

The tank is equipped with a digital fire control system with both a laser rangefinder and automatic target tracker.

A laser communication device is also fitted to the tank’s hatch which can send encrypted messages and is used to identify weather another unit is friend or enemy.

“The 125mm smoothbore cannon fires at a rate of 100 shots per minute and can hit a target almost five miles away.”

I think it is a miss quote noway it can shoot 100 rounds a minute!

Based on some interesting info from the past (we still do not know how true it is) that announced possible tier 11 tanks, SovietTenkDestroyer made a proposal. Off-topic: Seb just found a huge stash of historical articles worth translating. I selected the stuff that was not covered before, the most interesting things and not common tanks like M3 Stuart. Expect some cool Soviet TDs.)

So this is my prediction/proposal of modern tanks in World of Tanks. As some of you might know, AW’s tier 3s are WoT’s tier 10’s. This is also a reason why it stops at tier 17. What I mean by “proposal/prediction is that this is what I think modern tanks in WoT will look like and this a proposal if I am wrong. I’m not expert on modern stuff as I am in pre-war, World War II, and post-war, but I still have enough knowledge to make a educated guess. It would make the trees less copy and pasty but due to Russian tanks and how there isn’t a new tank every decade (Except for the Soviet/Russians) but a new tank every 30 years, it makes it hard to make a branch that won’t be extremely unbalanced and realistic while not making it copy and pasty. So here is my idea for Modern tanks. 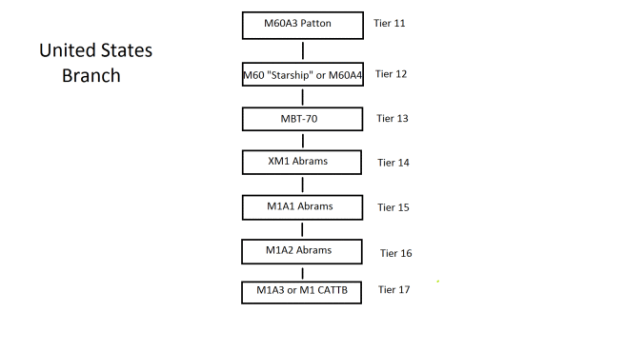 As you see here, it’s my prediction/proposal. I’m going to assume everyone knows what a M1 Abrams is, but not as much people know about the CATTB. 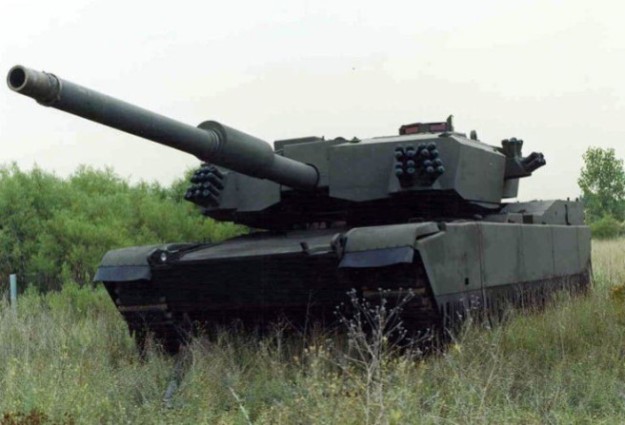 It’s a upgraded M1 Abrams with a 140mm gun, different turret, and some minor upgrades. There were rumors of it being combined with the M1A3 project (Economical M1 Abrams) ,but I’m not sure how strong are those rumors. There’s also many different M1 Abrams including the XM1. Which is a prototype. The MBT-70 is a joint project between the U.S. and Germany. 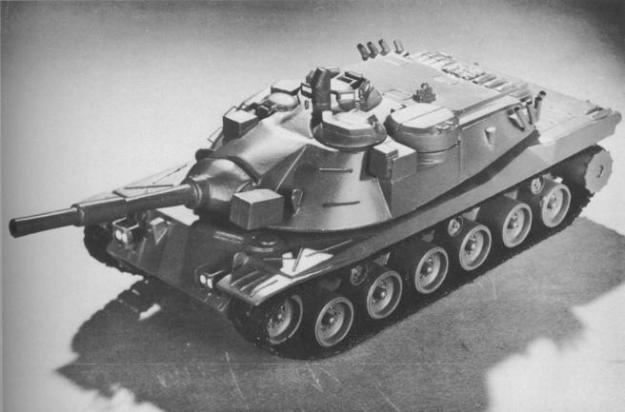 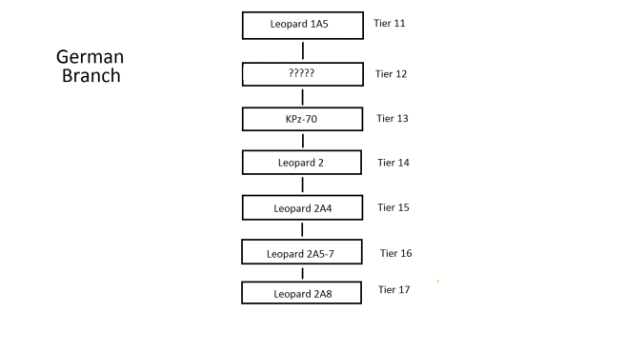 The German branch also faces the same problem of copy and paste. One thing I forgot to mention in the “United States Branch” paragraph is that the MBT-70 is the father of two children. They are the Leopard 2 and the M1 Abrams, just felt like it needed to be known. Unfortuntely, there is no candidate for tier 12 that I could find, if you have any suggestions, let me know. The KPz-70 is just the German name for the MBT-70 with a 120mm. Not much else to say except that the top tier is the Leopard 2A8 which was recently revealed. Not much else to say.

Oh boy! This is the most diverse tree in this prediction/proposal. I’m going to guess is that the Soviets and the Russians thought that needing a new tank every ten years is necessary. Every tank is not necessarily unique in how they play but at least they all look different. This also makes a problem… The U.S. and Germans tend to upgrade their equipment over time instead of making a new model every decade. If you’re wondering why the T-72 is lower tier than the T-64, the T-72 was actually supposed to be a worse tank to the T-64 while the T-64 was supposed to be given to elite regiments. 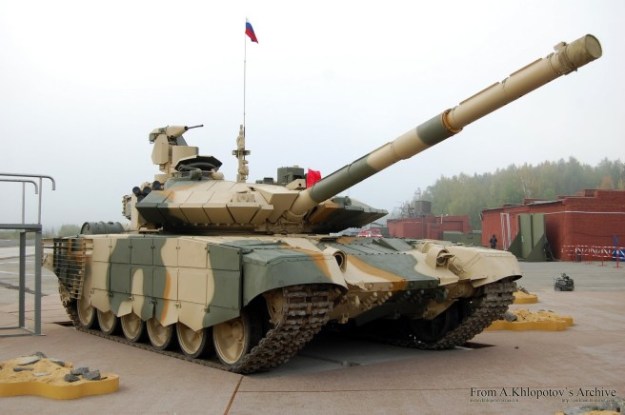 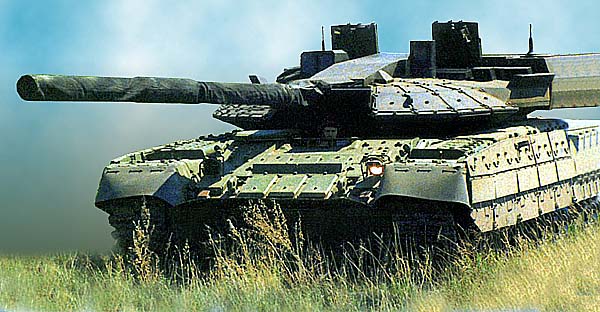 If you been living under a rock and you don’t know what the T-14 is, it’s a tank that was based off the T-80 suspension with a unmanned turret and a whole lotta’ upgrades. It also carries a heavily upgraded 125mm that was first present on the T-64.

Watch this video at the 1:35 mark and you’ll see a mysterious looking tank riding on the back of a CSX freight train that’s supposedly rolling through Ohio. Anyone have any idea what this beast is?

Some are speculating that it’s the new M1A3 Abrams tank prototype while others think it’s merely a movie prop.

The video was posted to YouTube on Sept. 30, 2010 followed by chatter on the TankNet forum. The pics below emerged on militaryphotos.net in the last week.

Here are a couple of pics of the M1 Component Advanced Technology Test Bed (CATTB) built in the late 1980s to test out a smoothbore gun, heavier turret armor, an auto a mechanical loader and new engine for the tank. The CATTB, however, never made it past the test bed phase.

The tank in the video is similar looking to the CATTB, but the turret is much different.

More pics after the jump.

Thanks to reader Brody for passing us the tip.