MALD is a modular, air-launched and programmable flight vehicle that protects aircraft and their crews by duplicating the combat flight profiles and signatures of aircraft.

MALD-J adds a radar-jamming capability to the platform.

Work for the latest contract will be performed in Arizona and is expected to be completed by June 2020.

Miniature Air Launched Decoy (MALD) is a small unmanned air-launched flight vehicle designed and manufactured by Raytheon Missile Systems. The vehicle is currently used by the US Air Force (USAF) and the US Navy.

The MALD air vehicle offers superior protection for the aviators and aircraft against air defence systems in combat operations. It also increases airborne electronic attack missions of the US and allied pilots in the battlespace.

Raytheon delivered 1,000th MALD-J jammer variant, which uses jamming and radar signature technology, to the USAF under the Lot 5 production contract in May 2014.

The ADM-160C MALD-J is a radar jammer variant of the basic MALD aerial decoy and it can operate in both decoy and jammer configurations based on the warfighters’ mission requirements. It adds radar-jamming capabilities to the MALD platform and can perform missions either as a stand-alone system or as part of the constellation.

The unmanned MALD-J stand-in jammer is capable of navigating and operating closer to hostile radars compared to conventional electronic warfare systems, to help aviators and aircraft stay away from enemy’s path. Sourrce airforce-technology.com 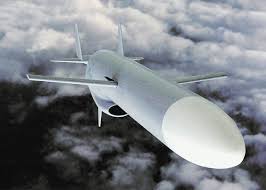 Original decoy version developed by Teledyne Ryan (acquired by Northrop Grumman) and funded by DARPA. It uses GPS-aided navigation system, and can fly missions with up to 256 predefined waypoints. The mission profile is preprogrammed, but can be redefined by the pilot of the launching aircraft until immediately before launch.

Decoy version developed by Raytheon with longer endurance. In use by the USAF.

Radar jammer variant of ADM-160B by Raytheon. This variant of the MALD decoy will be able to operate in both decoy and jammer modes. The decoy and jammer configurations are key enablers supporting the Air Force Global Strike, Global Response, Space and C4ISR, and the Air and Space Expeditionary Force Concepts of Operations. MALD-J will provide stand-in jamming capability for the Airborne Electronic Attack Systems of Systems. It will be launched against a preplanned target and jam specific radars in a stand-in role to degrade or deny the IADS detection of friendly aircraft or munitions. Delivery to the US Armed Forces is to begin in 2012. That year, the Air Force ended procurement of the ADM-160B and will only procure MALD-J versions.