China is not the only nation building islands in the South China Sea — although the scope of its construction is unparalleled.

Along with Beijing, Vietnam has also started projects mostly within the past two years of constructing islands. Altogether, the Center for Strategic and International Studies’ Asia Maritime Transparency Initiative have documented 10 sites of Vietnamese construction throughout the region. Taken together, Vietnam has constructed slightly over 120 acres of land in the area.

By comparison, China has created over 3,000 acres of land in the Spratly Islands, far overshadowing Vietnam’s efforts. However, Vietnam’s construction gives China cover for its activities as the US has called on all sides to cease construction in the region.

Below are before and after photos showcasing Vietnam’s island building efforts.

Check out the timeline below

“Changbaishan,” with 266 marines aboard and two shipboard helicopters, will participate in a month-long training, codenamed Blue Commando-2016.

The joint drills will focus on marine delivery of humanitarian aid with joint training at sea and onshore.

It is the third drill by the two navies’ marines since 2010.

By JON REES FOR THE MAIL ON SUNDAY

European missile giant MBDA is poised to win a £411million contract from the Ministry of Defence to develop the Spear 3 weapon. The deal is likely to secure 700 UK jobs.

The Spear 3 is described as the sister weapon to MBDA’s Brimstone already in service with the RAF in Iraq and Syria against so-called Islamic State. The contract is expected to secure 350 skilled jobs at MBDA’s sites across the UK with an additional 350 jobs at supplier companies.

Spear 3 has already been test-fired from a Typhoon aircraft but the contract will allow MBDA to develop the missile for use with the controversial F35 Lightning stealth fighter, made by Lockheed of the US. The missile is expected to come into service with the Lightning in 2025.

Lethal: Spear 3 will be used with the Lightning stealth fighter

It uses a turbojet engine rather than traditional rocket power and it will be further developed before going into full production after four years.

Defence Secretary Michael Fallon said: ‘These new missiles combined with our new F35 Lightning will enable us to hit our enemies harder. They are both part of our commitment to increase defence spending to keep Britain safe.’

Tony Douglas, equipment chief with the MoD, said the weapon provided ‘decisive operational advantage’. The F35 has been dogged by problems during testing but is intended to be the mainstay of the Royal Navy’s two aircraft carriers.

The first Lightning is due to land on the carriers in 2018, while the aircraft will also be in service with the RAF.

According to MBDA, recent conflicts have demonstrated the need for precision strike weapons that can operate night and day in all weather conditions against severe countermeasures and importantly attack moving and manoeuvering targets. Powered by a turbojet engine, SPEAR has the beyond horizon reach to ensure that the aircraft remains safely away from hostile air defence units.

SPEAR is equipped with the latest generation precision effects warhead, designed to meet the demands of the future combat mission. This next generation air launched Surface Attack Weapon reduces the numbers of different weapons within inventory while also extending the operator’s ability to engage mobile, fleeting and re-locatable targets far beyond the horizon.

SPEAR 3 is a powered weapon, while the American-made Small Diameter Bomb II only glides. SPEAR 3 has two small side intakes for its Hamilton Sundstrand TJ-150 turbojet, and the engine opens up a whole range of unique capabilities for a weapon so small. 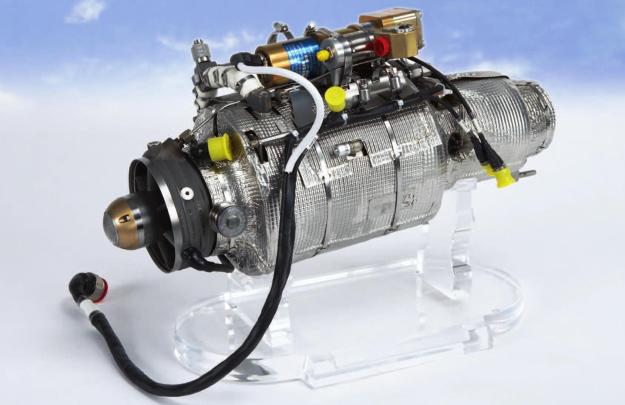 This 80 kg mini-cruise missile can be launched even when not facing the target (differently from SDB) and with more freedom regardless of launch height and weather conditions that affect gliding. The weapon is to be able to engage fixed and mobile targets alike, with a data link enabling post-launch control and retargeting.

The propulsion is also fundamental in order to achieve the range of at least 100 km that the British MOD wants. SDB is a 45 nautical miles glide weapon, while the UK MOD and MBDA believe they can achieve north of 62 nautical miles for SPEAR.