The U-125 aircraft left a base in Kagoshima prefecture on the island of Kyushu in the early afternoon, NHK said.

TOKYO: A Japanese air force plane with six people aboard went missing on Wednesday (Apr 6), the defence ministry announced, and a search was under way in mountainous terrain.

The U-125 aircraft left a base in Kagoshima prefecture on Kyushu island in southwestern Japan in the early afternoon, said Yoshiyuki Sugiyama, head of the Air Self-Defense Force.

The small jet “disappeared from the radar”, Sugiyama told a press briefing.

Public broadcaster NHK showed footage of helicopters searching forest-covered mountains for the aircraft, while military and emergency vehicles rushed towards the area.

A militarized derivative of Hawker 800 intended for maritime and littoral surveillance was procured by the Japan Air Self-Defense Force (JASDF) as the U-125A aircraft. The U-125A is equipped with the APQ-2 radar system which includes Raytheon’s APS-134 SeaVue. The Hawker 850XP is a mid-size jet belonging to the Hawker 800XP-series. The aircraft has a range of 2,700 nautical miles. The additional 100 nautical miles of range over Hawker 800XP are provided by RAC designed winglets. Hawker 850XP was certified on February 28, 2006, with the first customer delivery on March 31, 2006. @deagel.com

The Indonesian Air Force (Tentara Nasional Indonesia – Angkatan Udara, or TNI-AU) is preparing to deploy four units of a special forces ground corps known as the Korps Pasukan Khas (PASKHAS) on Pulau Natuna Besar, the largest of the Natuna Islands cluster in the South China Sea.

TNI-AU Oerlikon Skyshield air defence system on display in a parade at Surabaya in 2014. (IHS/Ridzwan Rahmat)

The units are equipped with the Rheinmetall-made Oerlikon Skyshield air defence system and will be stationed in the north of Pulau Natuna Besar and along the eastern coast of the TNI-AU’s Ranai airbase.

“Rheinmetall-made Oerlikon Skyshield air defence system and will be stationed in the north of Pulau Natuna Besar and along the eastern coast of the TNI-AU’s Ranai airbase.”

A Syrian Su-22 fighter jet has been shot down by a surface-to-air missile in Aleppo Province, Syrian state TV reported, adding that the pilot ejected

The Syrian Army has confirmed that an Su-22 jet was downed near Aleppo, an army representative told RIA Novosti.

The ceasefire in Syria was introduced on February 27. It doesn’t apply to Islamic State (Daesh, IS, ISIS/ISIL), Al-Nusra Front and other organizations designated by the UN’s Security Council as ‘terrorists’. The cessation of hostilities deal has been struck by the Russian ceasefire center at the Khmeimim Airbase in Latakia province, and the US coordination center in Amman in Jordan.

On March 14, Russia announced that it was withdrawing the majority of its forces from Syria, as the five-month operation neared its goals.

A total of 97 armed groups operating in Syria have agreed to the ceasefire. Both IS and Al-Nusra Front jihadists have been intensifying their military action in Syria recently, especially in Aleppo province. The ceasefire has been violated at least 250 times since it began, the head of the Russian center in Khmeimim, Sergey Kuralenko, said late last month.

SU22
Export version of the Su-17M2. The Su-22 had the Tumansky R-29B-300 engine instead of the Lyulka AL-21F. The larger diameter of the engine required changes to the aft fuselage. It resulted in a degraded performance, but in 1976 production for export began. Later models had the avionics fit of the Su-17M3 or M4.

Sweden extends combat vehicle modernization to include its fleet of Leopard tanks.

The renovation will take place over an eight-year period and include replacing legacy tactical command and control systems with new battle management systems.

BAE Systems late last month announced that FMV had contracted it to renovate 262 Combat Vehicle 90, or CV90, armored vehicles. The renovation of the CV90s is to be conducted by BAE Systems’ Swedish subsidiary Swedish HB Development. FMV’s own workshops would conduct the renovation of half the number of vehicles with kits to be provided.

“We will partly replace the components that have reached their technical lifetime or are obsolete, that is, those components that it is no longer possible to procure on the market. And secondly, we will replace the old comman-and-control system in the tanks,” said Peter Elmlund, head of Procurement and Logistics for ground equipment at FMV.

Other components to be replaced in the CV90s include batteries and parts of their electrical system. The M39 machine gun fitted to the CV90s will also be replaced.

IHS Jane’s is reporting that the Swedish Army  has ordered upgrades to 350 of its Leopard 2 main battle tanks and CV90 infantry fighting vehicles.  According to Jane’s the cost of the upgrade work is worth nearly USD300 million.  Under the work both vehicles will have their existing Tactical Command and Control System (TCCS) replaced with a new Battlefield Management System (BMS).

Under the first contract, worth EUR92 million (USD105 million), Krauss-Maffei Wegmann (KMW) will provide renovation and refurbishment kits for 88 of the Swedish Army’s Stridsvagn 122 MBTs (analogous to the Leopard 2A5) and 8 Bärgningsbandvagn 120 (Bergepanzer BPz3 Büffel) armoured recovery vehicles. Besides the addition of the BMS, work will be undertaken to replace obsolescent parts.

After the upgrade, due to be completed in 2023, the 77 Stridsvagn (Strv) 122A MBTs being modified will be designated Strv C, with 11 upgraded Strv B MBTs being renamed Strv D.

The second contract, worth SEK1.55 billion (USD190 million), will see BAE Systems conduct work to upgrade 262 CV90 IFVs between 2018 and 2020. Alongside replacing the TCCS with the new BMS, this work is to include the replacement of the CV90’s existing Ksp m/39 (M1919A4) coaxial machine guns with the Ksp m/59 (FN MAG) and refurbishing their chassis.

Besides the generic upgrades across all the variants, the Epbv 90 and Lvkv 90 variants will have their thermal imagers replaced by the same one used by the Strf 9040C IFV. The Strf 9040s will also receive a software update to their fire control systems.

*Note there must be a typo error I checked and there are no Ksp m/59 (FN MAG) only Ksp m/58!  Unless it is a completely new model! Source wikiwand.com 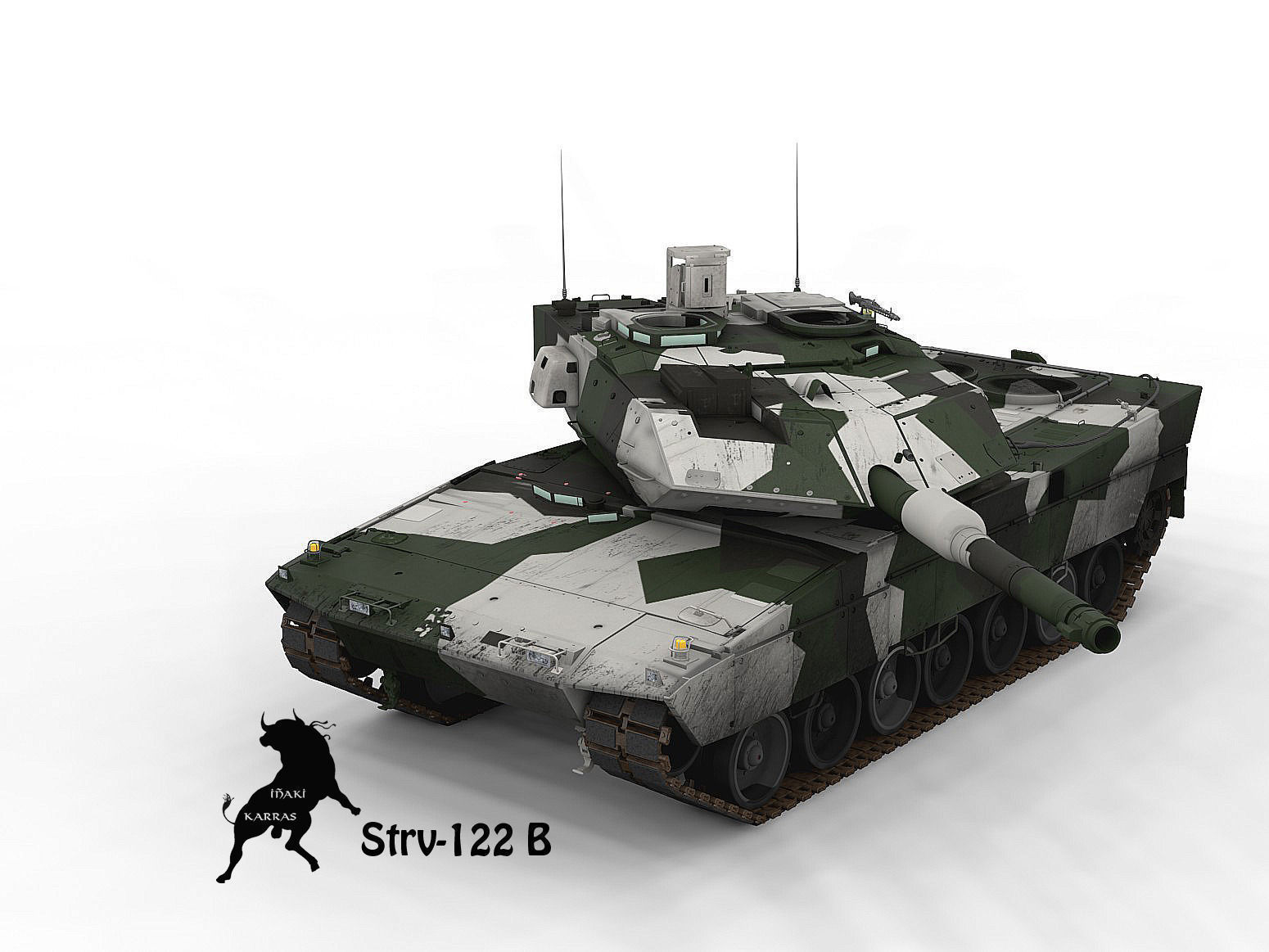