Russia is planning to modernize its 150 T-72 main battle tanks (MBT) to the T-72B3M version also called T-72B4. According to Russian military engineers, the upgraded T-72 MBT will be comparable to the more advanced T-90, but with much lower costs.

Currently, Russian armed forces use a wide range of T-72 MBT variants. The T-72 is a russian made main battle tank that entered production in 1970. It is a further development of the T-62 with some features of the T-64A (upgraded version of basic T-64) and has been further developed as the T-90.

The T-72B3M (T-72B4) will be upgraded with lot of new components including the new cannon 2A46M5 125-mm smoothbore gun as well as the new Sosna-U sighting system paired with the 1A40-4 fire-control system. The tank will also receive a new ballistic computer to increase accuracy.

The upgraded T-72B3 were first seen during rehearsal for the Victory Day Parade which has increased protection than the standard T-72B3 featuring new add-on explosive reactive armor package, which covers rear part of the turret. This tank is also fitted with cage armor, which covers rear parts of the hull and turret and improved side skirts.

The most notable upgrade is the stabilized, panoramic, independent commander’s PK PAN sight with integrated thermal viewer, thought to have similar specifications to the Sosna-U. This gives the tank the ability to engage targets in the “hunter-killer” mode. Source wikipedia.org

The T-72B3M will be equipped with an independent panoramic sight for the tank’s commander, with its own thermal imaging device. (See above) 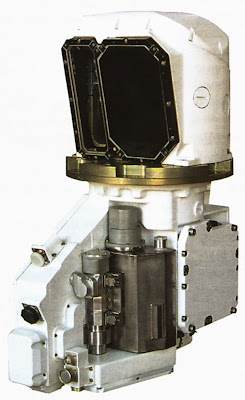 The tanks will also get the new Relikt explosive reactive armor. It will replace the old Kontakt-5 system and is expected to be two times more effective.

It’s good to start describing “Nozh” with a point of reference first – for example heavy reactive armor types designed in the USSR/Russia, 4S22 (Kontakt-5) and 4S23 (Relikt). The overall working principle of every classic ERA is similar – it’s based on movement of metal elements of the ERA cassette caused by an explosion of reactive elements , this inflicts side stress disrupting the cumulative jet from a HEAT round or bending (optimally breaking) of an incoming KE penetrator. This overall principle is realized by different cassette’s structure. First, let’s look how Kontakt-5 ERA provides protection for Object 188 (T-90S tank).

The introduction of heavy Kontakt-5 ERA in 1987 caused a gap between the capabilities of NATO’s rounds and the armor of Soviet tanks. From theoretical point of view APFSDS and tandem HEAT warheads capable of penetrating heavy ERA were introduced in 1992-1994 thus creating an almost 6 year disproportion between the Soviet “shield” and the NATO’s “sword”. Another fact worth noting is that the basic armor of Soviet tanks was already largely immune to APFSDS rounds, majority of RPG’s and some ATGM’s warheads. A good example is the basic armor of the hull and turret of the export version of Object 478B (T-80UD from 1991) including both steel and ceramic elements it is over 620 mm RHA vs APFSDS and over700 mm RHA vs HEAT. By adding Kontakt-5 ERA the protection level is further increased – especially against HEAT warheads. Similar high protection is for T-72B model 1989 when the sum of only passive hull armor elements gives over 600 mm RHA vs APFSDS.

Presented situation was theoretically very dangerous for western AT rounds but it was lowered by few factors – rather large weak zones in the frontal armor and not thick enough coverage by ERA cassettes. In reality every tank has various weak zones which can be penetrated by older ammo. In case of T-72 family these are: gun mantled, gun mounting area, coaxial MG, turret roof, commander’s observation copula, turret ring and the lower hull glacis.

These weak zones are shown in a résumé of an article printed in the internal bulletin
of the Armored Forces of the USSR. The article states about advantages of tanks
with welded turrets in terms of better crew survivability. What’s important is
that T-72B (Object 184) was used as a reference point and its weak zones were
presented.

The areas marked in red were considered weak zones and could be
penetrated by 3BM26 APFSDS which was introduced in 1984 and penetrates 380-410
mm RHA at 2000 m for 90 degree sloped target. The marked areas were penetrated
by this projectile from:

T-72B3 tank. Green – area protected by the Kontakt-5 ERA, red – “weak
zones” from the Bulletin of the Armored Forces from 1991. Except for a small
portion of the roof the areas do not cover each other almost at all. Photo : Vitajin Kuzmin. @liveleak.com Written by : militarysta  Translated by : Bzdziuchanson

Relikt consist of single explosive tile, sandwiched between 2 plates. At event of hit, explosive detonates and “push” plates in opposite directions. And thats all, there is no second explosive charge. IIRC NII Stali noted that there is a sort of damper layer on armor itself (between ERA main part and armor plate of a tank), to soften up a force from second (“inner”) plate hit. @sturgeonshouse.ipbhost.com

Nozh offers slightly higher protection than Kontakt-5 against some warheads simply because K-5 module have 0.5 kg of explosives, while one block of Nozh is filled with ~2 kg of explosives. Relikt also have about same amount of explosive filler, but Nozh is mounted directly on tank armor, while Relkit is mounted at some distance, with second inner plate and damper mounted on armor plate to protect it from damage by ERA detonation. Source sturgeonshouse.ipbhost.com

Furthermore, the upgraded version will be powered with the new V-92S2F engine and deliver 1,130 hp. It will replace the old 780-hp diesel engine. The new engine is paired with an automatic transmission system and improved drivetrain to improve the tank’s mobility. Source armyrecognition.com

V-92S2F diesel engine was specially designed for installation on the upgraded and new serial tanks T-72B3. It has a power of 1130 hp.

The V-92S2F is the result of a deep modernization of the V-92C2 engine, with which it has a high level of unification: it has the same overall dimensions and is installed in the power compartment of the main battle tank without any modifications of the hull.

But in comparison with the B-92S2, it has a more powerful crankcase, crankshaft, conrod-piston group, improved turbocharger, exhaust system and cooling system. The heads of the cylinder block are cast from a heat resistant aluminum alloy. The fuel system provides high efficiency and has a power limiting mechanism that reduces the load on the diesel engine when the temperature extremes are reached.

The beginning of the mass production of the B-92S2F diesel engine was announced in November 2017. Source army-guide.com

Решение весьма неудачное, т.к. полностью препятствует усилению бортов динамической защитой – Log an unditching beam placed on the right side (on-the-go tank) in connection with the installation of the rear view camera. The decision is very unfortunate, because it prevents the strengthening boards dynamic protection.