JAKARTA, Feb. 23 (Xinhua) — Indonesian President Joko Widodo on Tuesday said that he sought to increase the country’s defense budget in an effort to support facilities at the country’s military.

Joko said that Indonesian government would raise the allocation for defense and security to at least 250 trillion rupiah (about 18.717 billion U.S. dollars), or 1.5 percent of the country’s GDP, in three years.

The president added that the hike could be achieved if the country’s economy, which is the largest in Southeast Asia, increased 6 percent.

“Going forward, professionalized armed forces must be boosted by the development of weaponry,” Joko said at the State Palace.

Indonesia’s economy picked up to 5.04 percent at the final quarter of last year from 4.79 percent at the previous three months ended September amid the country’s massive efforts to boost investment climate.

Former president Susilo Bambang Yudhoyono previously said that Indonesia planned to step up its weaponry at the level which he called “the essential level,” as the country had been long not to modernize weaponry.

However, President Jokowi insisted to use more domestically manufactured weaponry in part to boost the competitiveness of the country’s weaponry industry.

Terrorism, transnational crime and insurgency are among the main challenges being faced by the Indonesian military.

Thailand needs to up it’s defense spending in accordance with our neighbors or else we will be left behind with outdated equipment.  As currently ranked as the 2nd most powerful armed forces in SE Asia after Indonesia by Global Fire Power 2016 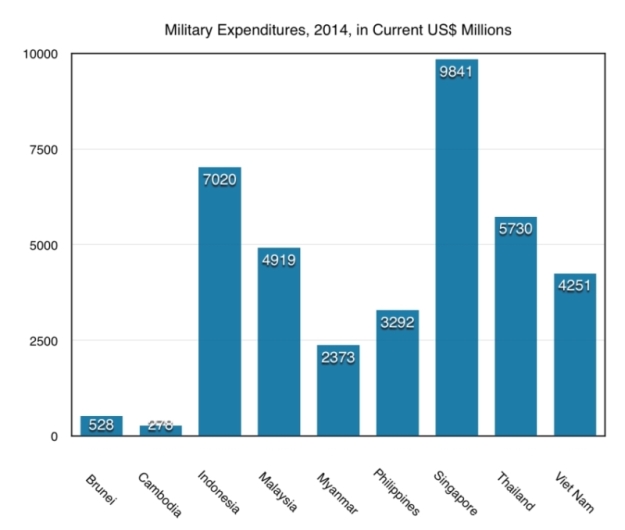 Thailand defense budget accounts for only 6.6 percent of government spending below the regional average of 8.8 percent.

Thailand spending is just slightly higher than Malaysia (see above chart and below) the chart does not reflect the fact that the Royal Thai Armed forces comprise of over 360,000 personal compared vs Malaysia 110,000 personal and Indonesia Armed Forces of 396,000 personal.

After a sharp fall due to the Asian financial crisis in 1997, Indonesia has seen the largest increase in military expenditure in the region. Between 2001 and 2014, defense spending increased from under $1 billion to over $7 billion, a 664 percent increase, and a 784 percent increase in rupiah. The sharpest rise occurred after President Susilo Bambang Yudhoyono came into office in October 2004. Between 2005 and 2013, defense spending rose 290 percent, before falling slightly in 2014. Between 2013 and 2014, military spending fell by 16 percent in current U.S. dollars, but only 4.8 percent in rupiah. Source cogitasia.com

Thailand’s military expenditure from 2005-2016 in millions of current U.S. dollars. Note that 2016 spending is projected based on a budget proposed in April 2015. Source: SIPRI dataset, graphic prepared by Zachary Abuza. (NOTE THAI FIGURES ARE FOR 2016 WHILE THE REST ARE 2014)

Malaysia has seen a steady but modest increase in military spending between 2010-2014, 27.6 percent, below the regional average of 37.7 percent. Malaysia has the fourth largest defense expenditure in the region, representing 13 percent of the ASEAN total in 2014. Defense spending fell by 1.6 percent between 2013 and 2014 in U.S. dollar terms, but increased 5.5 percent in ringgit. Defense represented a modest 5.4 percent of government spending and only 1.5 percent of GDP, well below the regional average of 2.2 percent in 2014. Per capita defense spending is $163 in Malaysia, third in ASEAN. Per capita spending increased 23 percent between 2010 and 2011, but has been flat since then.  Source cogitasia.com

Vietnam has seen the steadiest increase in military expenditure in the region. In the decade between 2005 and 2014, its military spending increased by 314 percent. In that time it has developed the most lethal power projection capabilities in Southeast Asia, including one of the largest navies, with advanced Kilo-class submarines, and the most sophisticated missile force in the region. Vietnam’s $5.73 billion defense budget in 2014 was the fifth largest and 11 percent of the ASEAN total. (Note: Flaw in reporting as in 2014 Thailand spent $5.7 billion therefore, the same as Vietnam even though Thailand is the second largest economy in SE Asia) Defense expenditure rose 14.1 percent in US$ and 15.4 percent in dong, between 2013 and 2014. Between 2010 and 2014, Vietnamese military spending increased 59.1 percent in U.S. dollars and 81 percent in dong. Vietnamese defense spending in 2014 was 2.2 percent of GDP, the ASEAN average. As a share of total government spending, 8.3 percent, it was just under the regional average of 8.8 percent. Per capita spending in Vietnam is still low, only $46.

The Philippine government is starting to make long needed investments in its military. Defense spending was $3.3 billion in 2014, or 9 percent of ASEAN’s total. In current U.S. dollars, this was a 2.5 percent decline from 2013, but actually a two percent increase in pesos. Between 2010 and 2014, Philippine defense spending increased, 35 percent, near the regional average of 37.6 percent. Military expenditure in 2014, represented 1.1 percent of GDP — half of the ASEAN average –, and six percent of government spending, below the regional average of 8.8 percent. In terms of per capita spending, the Philippines, at $32.90, was the third lowest in ASEAN in 2014. The government of President Benigno Aquino is implementing a $1.8 billion modernization program, but it comes after years of neglect. Vietnam has a far more robust military than the Philippines, despite similar budgets. Source cogitasia.com

The aircraft is intended to carry out unarmed observation, reconnaissance, surveillance, supervisory inspection and monitoring missions as part of the Open Skies Treaty international programme, which was signed by the US and the representatives of its 23 states in March 1992.

The jet can also conduct patrol in the coastal economic zone and border areas and provide support in emergency situations.

JSC Radio Engineering Concern Vega, a subsidiary of United Instrument Manufacturing Corporation, was contracted for the development of airborne surveillance system, ground-based complex and other mission equipment for the aircraft.

The Ministry of Defence of the Russian Federation conducted state tests to verify the air and ground equipment of the Tu-214ON aircraft in April 2013. The jet was delivered to the Russian Defence Ministry in August 2013.

The second airliner (RA-64525) made its first flight in December 2013 and was delivered in July 2014. Tu-214ON is set to replace the Tu-154 observation airplane and the An-30 aerial cartography aircraft.

In August 2014, Vega delivered a set of training facilities to the Russian Air Force for use in training specialists of aviation system. The training system, consisting of two digital training computer labs and procedural simulators, is used to train the operators of aircraft and surveillance equipment.

The Tu-214ON special-purpose reconnaissance aircraft is a modified Tu-214 passenger airliner. It is equipped with monoplane wings and a reinforced retractable landing gear. The nose landing gear features two wheels and two main landing gear units having four wheels each. The jet is also fitted with an additional second door.

Five members can be accommodated on the flight deck. These are the crew commander, co-pilot, navigator, flight engineer, radio operator and translator. 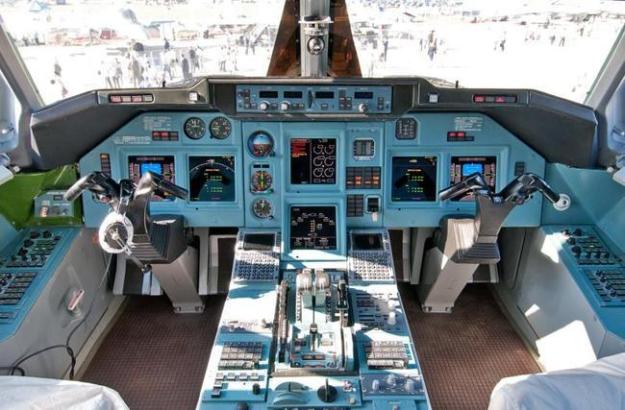 Each crew workstation is equipped with two monitors to display the aircraft location, information about flight conditions and the hardware image. All the five workstations are connected to a local-area network.

The aircraft is also integrated with an auxiliary 15kVA-30kVA power supply system and an aircraft oxygen system, both developed by Russian firm Aviation Equipment Holding. 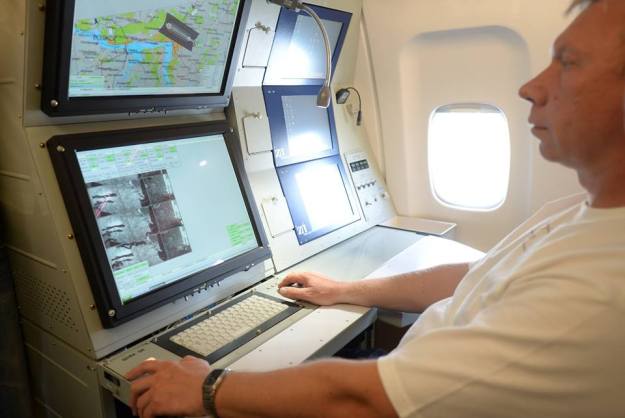 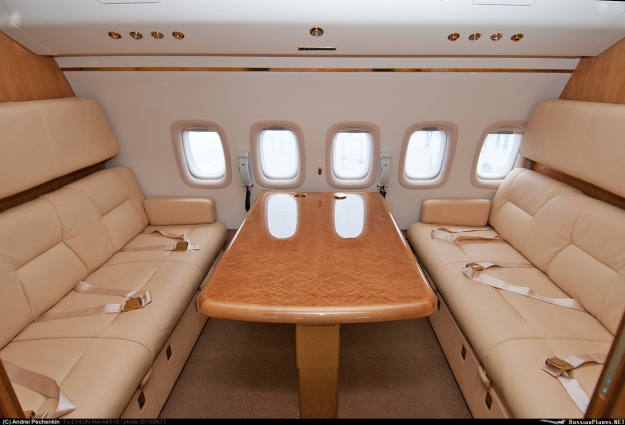 Surveillance equipment onboard the reconnaissance aircraft 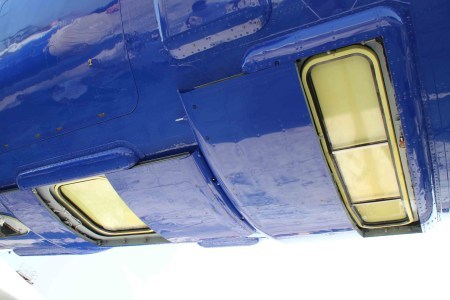 The surveillance system also comprises a set of TV cameras for observation at low altitudes. An infrared line scanning device is installed to perform linear scanning of thermal imaging area in the range of 0.5-1.1 microns and 8-12 microns. 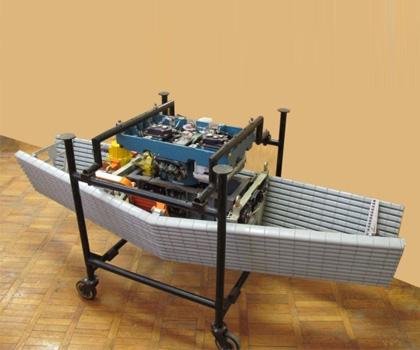 M402N RONSAR (radar modification type M402 Pika ), installed inside a massive, rounded boat hull located in the hip abdomen, directly behind the wing edge. he M402N radar can track the ground surface of the ground at a distance of 4.7km to 25km on both sides of the flight axis. Source ruslet.webnode.cz 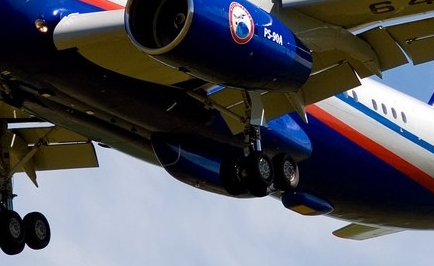 The ground-based complex built by Vega collects and processes the navigation and surveillance data obtained by the aircraft, as well as tests the efficiency and performance of the sensors.

Power for the base variant of the Tu-214ON special-purpose aircraft comes from two PS-90 turbofan engines placed under the wings in composite cowlings. Each engine develops a maximum take-off thrust of 16,140kg. The fuel tank capacity of the aircraft is 35.71t.

he PS-90A turbofan engine (PS – Pavel Soloviev) is one of the important achievements in the Russian aviation industry of the 90-s. This aircraft engine allowed almost doubling the efficiency of new generation airplanes, and, simultaneously, ensuring their conformity to world regulations on ecology.

The PS-90A is a two-shaft bypass turbofan with fan and core airflows mixing and high level of commonality. The aero engine is equipped with a thrust reverser in a fan duct and noise suppression system.

In 1997 the Supplement to the engine Type Certificate was received to approve the aircraft engine field operation based on technical condition without fixed mean time between overhauls (MTBO) rates.

It is the sole powerplant for:

The KM-SAM which is also known as the Cheolmae-2 or Cheongung or M-SAM is a South Korean medium range surface-to-air missile (SAM) system that was developed by the Agency for Defense Development (ADD) with technical support from Almaz-Antey and Fakel. 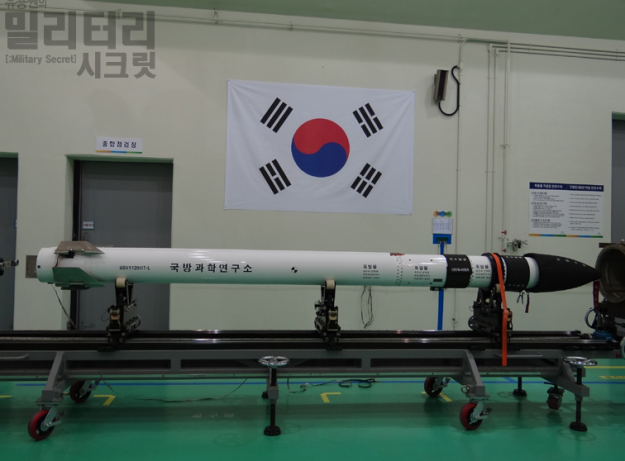 The KM-SAM is the middle-tier of South Korea’s three-tier aerial and missile defense system. Though it was developed in Russia by the Almaz Design Bureau with assistance from Samsung Thales, LIG Nex1, and Doosan DST, localization and industrialization were done in South Korea enough to consider it an indigenous system. The Cheongung (Iron Hawk) can intercept targets up to an altitude of 15 km (49,000 ft) at a range of 40 km (25 mi).

It is to replace upgraded MIM-23 Hawk batteries in South Korea and be made available for export. Almaz-Antey continued with the program after prototypes were transferred and have created a distinctly Russian version called the Vityaz missile system.

The Republic of Korea Air Force revealed in mid-2015 that the KM-SAM would soon enter mass production and begin delivery to the Air Force that September, replacing the Hawk missile that had been in Korean service since 1964, which the United States military retired in 2002. The system can intercept up to six targets simultaneously, and the missiles have anti-electronic warfare capabilities to keep functioning despite jamming. Source wiki

To defend against North Korean missiles and rocket attacks the Republic of Korea is eying a three-tier aerial and missile defense system to integrate radars, missile interceptors of different types through a unified battle management system. Preliminary study on missile shield system to be completed by year-end.

Seoul principal air defense layer operates six batteries of Patriot PAC-2 GEM/T missiles along with 24 Hawk XXI batteries. These assets are more capable to defend against aircraft than hit ballistic missiles. Two missile interceptor/air defense programs currently underway in Russia will be transferred for production in Korea, one covering extended range and high altitude, and another handling the middle-tier zone.

The upper tier interceptor will be designed intercept ballistic missiles, offering capabilities similar to the American THAAD missile. This new missile is expected to be based on the Russian S-400 technology; it is designated Cheolmae 4-H (L-SAM), and will offer a range of 150 km and ceiling of about 200,000 ft, offering performance levels twice superior to the Patriot and future Cheolmae II missiles. This project is expected to cost around $812 million.

The Korean Navy is also planning to deploy anti-ballistic missile capability on its new KDX AEGIS destroyers. Unlike Tokyo, that has entered the U.S. SM-3 ABM program as a development partner, Seoul preferred to go its own way and develop its won version of a missile interceptor under ‘Project Guardian’, at an investment of about US$1 billion. 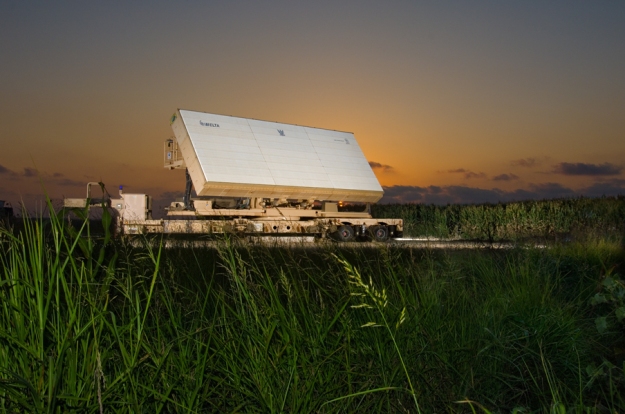 The baseline for Seoul’s future the missile defense capability are two EL/M-2080 ‘Super Green Pine’ radars, ordered from Israel’s IAI Elta in 2009. The radars will be able to detect hostile missiles 800 km away, providing missile defense assets ample early warning for response. These radars will also integrate with the SPY-1 radars of the AEGIS KDX destroyers to provide the situational picture for the Korea Air and Missile Defense center (KAMD) beginning next year. Source defense-update.com