The BAMSE system is one of few systems in the world today that is developed and optimised as a de­dicated Ground-Based Air Defence (GBAD) missile system.

BAMSE is designed for flexible usage both for stand-alone operation as well as in networks with other sensors and weapon systems. The philosophy is to optimise system effect by having a number of fully co-ordinated firing units that together create a ground coverage for the system of more than 2,100 km2  and an effective altitude coverage of 15,000 m.

Long-range/high-altitude surveillance is no match for Bamse, which provides a large protected volume to high altitude

The all-target, all-weather Bamse system is designed to counter modern threats, which besides bombers and fighter-bombers, also includes stand-off weapons, UAVs and other small targets that will constitute ever greater threats in the future. The Bamse system combines modern advanced technology and the company’s more than 50 years’ experience in air-defence systems, missiles and radars, into a powerful and cost-effective air-defence system.

The BAMSE system has unique high altitude coverage and is effective with maintained high missile manoeuvrability at 15,000 m altitude. Every single missile launcher has C2 capabilities.

The system has been specially developed to combat small and fast targets as well as low flying cruise missiles and UAVs.

According to Yonhap News Agency

They said the KN-08 Brigade, designated after the ICBM of the same name, is a subordinate unit of the Strategic Forces, which oversees all missile units in the North. Sources said it indicates North Korea has inched closer to fielding the road-mobile ICBM.

Last week, U.S. Director of National Intelligence James Clapper said North Korea “has already taken initial steps toward fielding this (KN-08) system, although the system has not been flight-tested.” Clapper also said Pyongyang was committed to developing “a long-range, nuclear-armed missile that is capable of posing a direct threat” to the United States.

The KN-08 was first unveiled in a military parade in April 2012 celebrating the 100th birthday of Kim Il-sung, the North’s founder.

The KN-08 is believed to have a range of at least 10,000 kilometers. In its annual report to Congress, the Pentagon said Friday if the KN-08 is properly designed and developed, it could be difficult to track because of its mobility.

Elsewhere in its arsenal, North Korea is said to have produced more than 300 Nodong Missiles with a range of 1,200 kilometers, and about 30 Musudan missiles that can travel some 3,000 km. They are said to be capable of reaching the U.S. military bases in Japan and in the Pacific island of Guam, a U.S. territory. 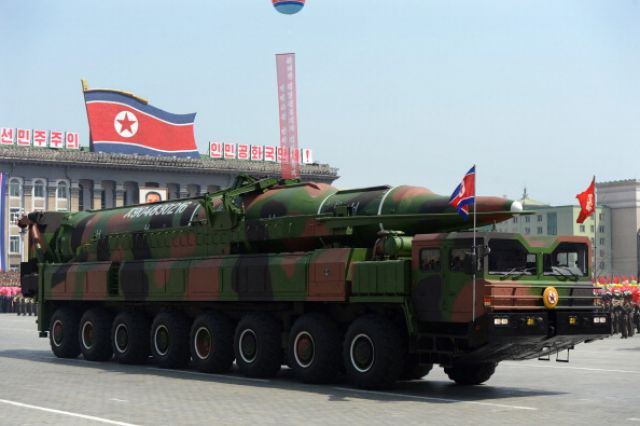 The delivery of 24 Pantsir-S1 air defense systems and missiles to Iraq from Russia has been completed. The systems were part of a wider defense package estimated to have been worth $4.2 billion with between 42-50 of the units on order. It remains unclear whether more will be delivered in future as part of the same or future deals, after Russian officials and businessmen met with top Iraqi officials last week in Baghdad to discuss oil, gas, and defense cooperation. The previous sale was met with some controversy as former Iraqi Prime Minister Nouri Maliki almost cancelled the deal over allegations of corruption.