In June 2004, the US Navy announced the selection of the Boeing multimission maritime aircraft, 737 MMA, and awarded a contract to Boeing for the system development and demonstration phase of the programme for the US Navy’s next-generation maritime surveillance aircraft.

In June 2004, the US Navy announced the selection of the Boeing multi-mission maritime aircraft, 737 MMA, and awarded a contract to Boeing for the system development and demonstration phase of the programme for the US Navy’s next-generation maritime surveillance aircraft. The aircraft was given the designation P-8A in March 2005.

It is expected that up to 117 P-8A MMA aircraft are to be purchased by the Navy to replace the fleet of 196 P-3C Orion maritime patrol aircraft, which are approaching the end of their operational lives. The initial operational capability (IOC) of P-8A was achieved in November 2013.

The US Navy started a two-year requirement study in 1997 for the replacement of the Navy’s P-3C Orion, and the Defense Acquisition Board initiated a number of concept studies between 2000 and 2002.

An assessment of the proposals by the USN led to contracts being placed with Boeing and Lockheed Martin in 2002 for the component advanced development phase.

The Australian Government announced the acquisition of eight P-8A Poseidon maritime surveillance aircraft for the Royal Australian Air Force (RAAF) in February 2014 for $4bn, with an option for four additional aircraft.

The new RAAF aircraft performed a four-hour flight in the vicinity of the naval air station in April 2015. Delivery of the first P-8A took place in November 2016 and all aircraft will achieve full operational capability in 2021. The RAAF P-8A achieved IOC in March 2018. 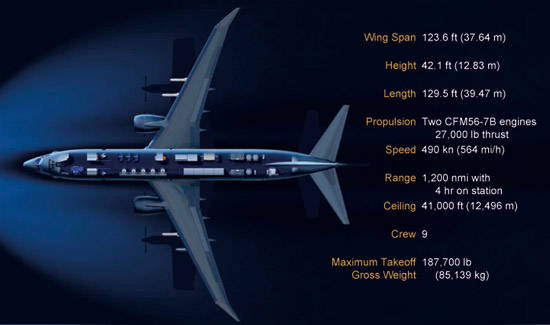 The demonstrations included maximum power take-off and climb to 12,500m (41,000ft), manual reversion manoeuvres with no hydraulics, maximum rate of descent at more than 3,050m/min (10,000ft/min), tactical manoeuvres at an altitude of 200ft, simulated single-engine manoeuvres and performance landing achieving a stopping distance of less than 610m (2,000ft).

The selection of the Boeing 737 MMA was announced in July 2004 with the contract award covering the manufacture of five trial aircraft during the next eight years. One aircraft was allocated for airworthiness, static and fatigue tests, and two aircraft for testing the mission systems.

The aircraft design is based on the proven fuselage of the 737-800 and the wings of the 737-900. The P-8A aircraft has increased gross weight capability in comparison with the 737-800. 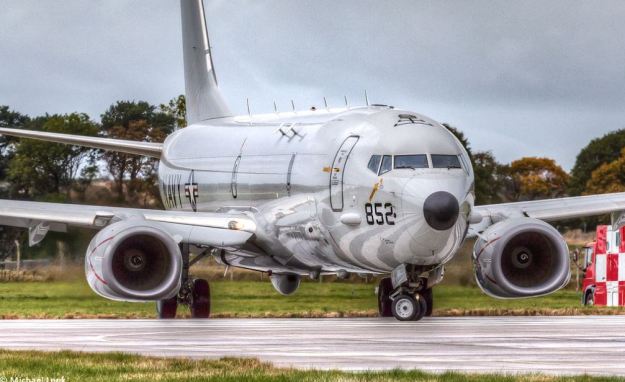 In June 2005, Boeing announced that the design of the P-8A’s wingtips was changed from the blended winglet to a backswept wingtip. In June 2006, Stork Aerospace of the Netherlands was awarded the contract for manufacturing the backswept (or raked) wingtips. 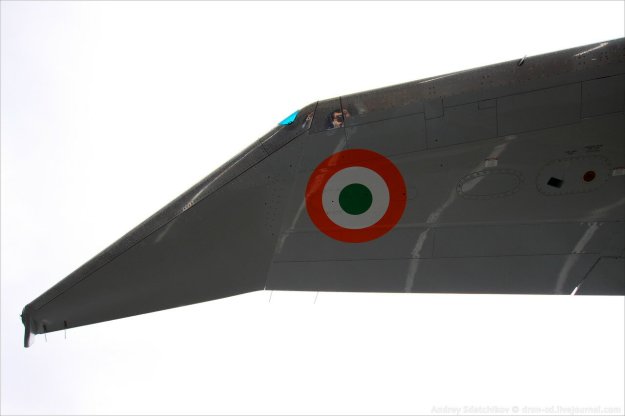 The internal weapons bay is installed beneath the forward section of the fuselage. The 737-900-style wings are built with hardpoints for carrying air-to-surface missiles. 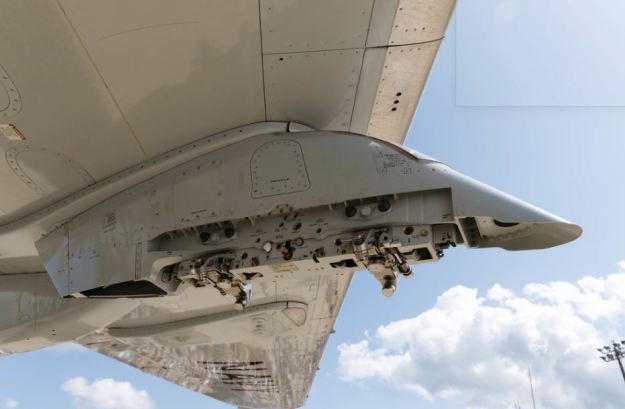 The 737 MMA is assembled at the Boeing production facility in Renton, Washington, US. The 737’s fuselage and tail sections are built by Spirit AeroSystems in Wichita, Kansas, before being transferred to Renton, where all the unique 737 MMA aircraft structural features are incorporated in sequence during fabrication and assembly.

The Parvus DuraVIS 4300 and 3006 display systems are used inside the Boeing P-8A Poseidon aircraft. The P-8A’s flight display systems were tested to the same shock (15 gsawtooth) and random vibration profiles (0.022 g²/10 Hz to 0.0026 g²/2,000 Hz) that would be required if they were moved to harsher environments, ensuring the highest standard of ruggedized durability. This robust system design philosophy has led to follow-on projects with single- and multi-core processors onboard the AC-130, CP-140, and P-3. Source mil-embedded.com

In March 2008, Boeing selected L-3 Communications Wescam to supply the MX-20HD digital electro-optical and infrared (EO/IR) multispectral sensor turrets for the P-8A Poseidon. MX-20HD is gyro-stabilised and can have up to seven sensors, including infrared, CCDTV, image intensifier, laser rangefinder and laser illuminator.

The aircraft is equipped with the upgraded APS-137D (V) 5 maritime surveillance radar and signal intelligence SIGINT system developed by Raytheon. The system was re-designated AN/APY-10 in June 2006. The AN/APY-10 radar is installed on the enlarged nose fairing.

The AN/APS-17B(V)5 is a Synthetic Aperture Radar (SAR) and Inverse Synthetic Aperture Radar (ISAR) system. APS-137 is used for anti-surface warfare and anti-submarine warfare. It performs long range surface search and target tracking, periscope detection, ship imaging and classification using ISAR. The SAR capability is used for overland surveillance, targeting and ground mapping. The US Navy S-3s are equipped with APS-137s, advanced P-3 Orion marine patrol aircraft are equipped with APS-137(V)5. The US Navy’s P-8 MMA developed by a Boeing-led team will be equipped with the APS-137D(V)5 radar. Source deagel.com

The AN/APY-10 radar provides the synthetic aperture radar (SAR) mode capability for imaging, detection, classification and identification of stationary ships and small vessels and for coastal and overland surveillance, as well as the high-resolution imaging synthetic aperture radar (ISAR) mode for imaging, detection, classification and tracking of surfaced submarines and small, fast-moving vessels that operate in coastal waters. 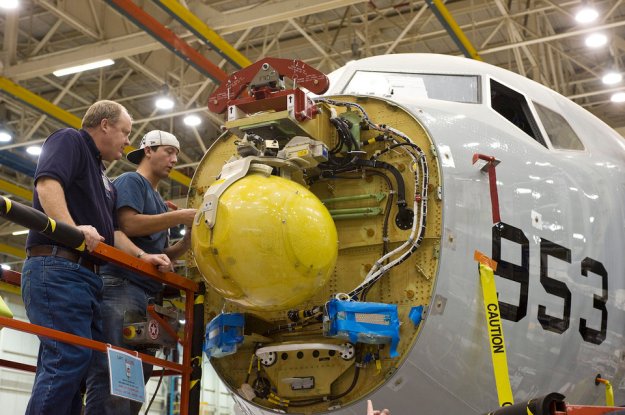 The AN/APY-10 is an operating in X-Band long-range multifunction radar developed for the Boeing P-8 Poseidon maritime patrol and surveillance aircraft. The radar is optimized for maritime, littoral and overland surveillance. It replaces the AN/APS-137 radar. In technical terms the AN/APY-10 mechanically scanned radar is a development of Raytheon’s AN/APS-149 radar. Compared to the AN/APS-137, it is smaller in size, lighter, and uses less power. It offers periscope detection mode, long-range detection and classification of maritime targets, and synthetic aperture for overland surveillance. 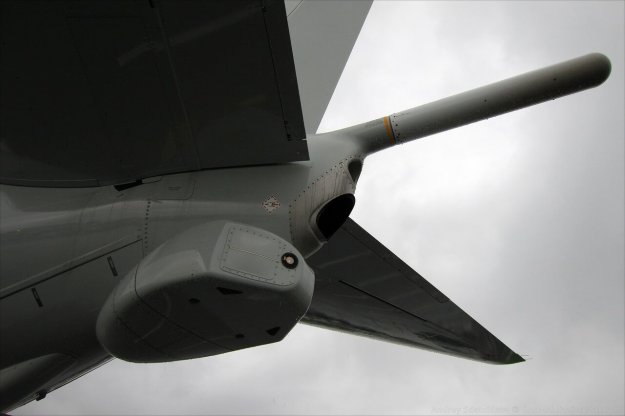 CAE has been awarded a subcontract by The Boeing Company to provide CAE’s AN/ASQ-508A Advanced Integrated Magnetic Anomaly Detection (MAD) System for eight P-8I Poseidon aircraft to be operated by the Indian Navy. The P-8I aircraft is a new long-range anti-submarine warfare, anti-surface warfare, intelligence, surveillance, and reconnaissance platform based on the Boeing Next-Generation 737 airplane. CAE’s AN/ASQ-508A MAD system, which is one of the most advanced MAD system in the market, will be integrated with the P-8I’s mission system and will be used operationally during anti-submarine warfare missions.

CAE’s MAD system is being delivered and is widely used on maritime patrol aircraft for a range of global defence forces, including the Turkish Navy’s CN235 and ATR72, Canada’s CP-140 Aurora, South Korea’s P-3 Orion, Brazil’s P-3BR, Chile’s C-295 and the Japanese Defence Agency’s indigenously developed XP-1 maritime patrol aircraft. The MAD system provides the capability to detect, locate, and confirm subsurface targets by identifying magnetic variations or anomalies, such as those caused by a submarine, in the Earth’s magnetic field. Source marketwired.com 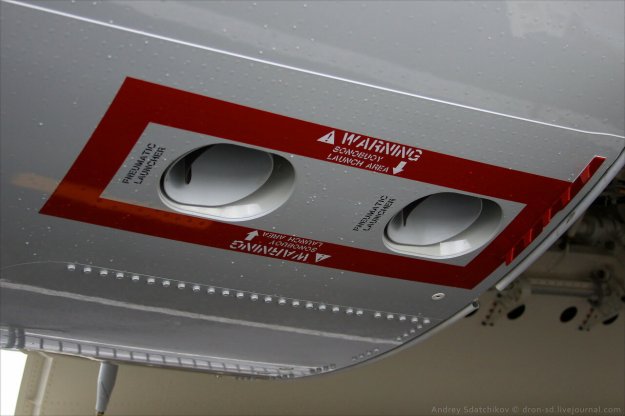 Weapons on the multimission maritime aircraft 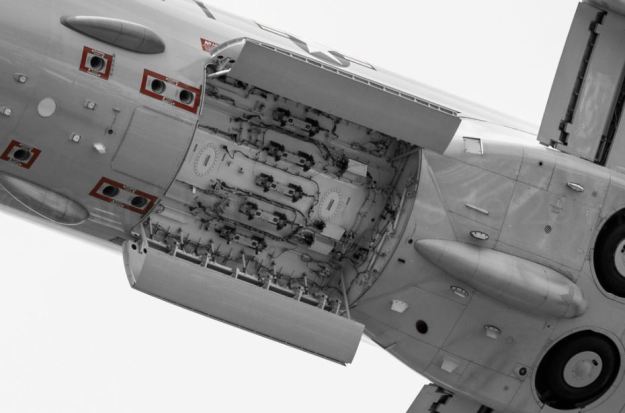 The MK 54 can be deployed from a surface ship, helicopter or fixed wing aircraft to track, classify and attack underwater targets. It uses sophisticated processing algorithms to analyze the information, edit out false targets or countermeasures, and then pursue identified threats. The MK 54 program leverages the most modern torpedo technologies from the MK 50 and MK 48 ADCAP (advanced capability) programs. It also utilizes the proven MK 46 warhead and propulsion subsystems. The result is a low-cost weapon that meets all performance requirements for littoral warfare. Source raytheon.com 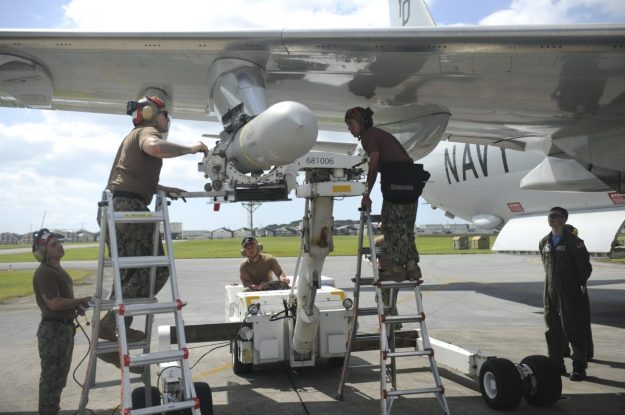 The A/U/RGM-84 Harpoon is an all-weather, over-the-horizon, anti-ship missile system that provides the Navy with a common missile for air and ship launches. The weapon system uses mid-course guidance with a radar seeker to attack surface ships. Its active radar guidance, low-level, sea-skimming cruise trajectory, terminal mode sea-skim or pop-up maneuvers and warhead design, assure high survivability and effectiveness. Harpoon is capable of being launched from surface ships, submarines, shore batteries or aircraft.  Ship-, submarine- and shore-launched Harpoons require a booster for launch. Air-launched Harpoons are fired without the need of a booster and generally start the engine after aircraft separation.  Originally developed for the Navy to serve as its basic anti-ship missile for fleet-wide use, the A/R/UGM-84 was first introduced in 1977. In 1979 the air-launched version was deployed on the Navy’s P-3C Orion aircraft. The Harpoon was also adapted for use on Air Force B-52H bombers, which can carry from 8 to 12 of the missiles. In 1998, an advanced upgrade to Harpoon missile was developed. This Harpoon Block II missile incorporates GPS-assisted inertial navigation, which enables the system to have both an anti-ship and a land attack capability. The Block II version was not adopted by the U.S. Navy, but has been integrated on foreign F-16 aircraft and is presently being integrated on foreign F-15 aircraft. Twenty-nine foreign military partners employ the Harpoon Block II missile and its launch control equipment.

The updated Harpoon Block II+ provides a rapid-capability enhancement for the Navy that includes a new GPS guidance kit, reliability and survivability of the weapon, a new data link interface that enables in-flight updates, improved target selectivity, an abort option and enhanced resistance to electronic countermeasures.

Countermeasures of the P-8A Poseidon

The P-8A Poseidon is a true multi-mission platform. On board P-8A, all sensors contribute to a single fused tactical situation display, which is then shared over both military standard and internet protocol data links, allowing for seamless delivery of information amongst U.S. and coalition forces. As an armed platform, P-8A independently closes the kill chain, while simultaneously providing data to everyone on the network. Source northropgrumman.com

The same model CFM56-7 engines power the Boeing 737 airborne early warning and control (AEW&C) aircraft, in production for Australia and Turkey, and the US Navy’s C-40 Clipper transport. 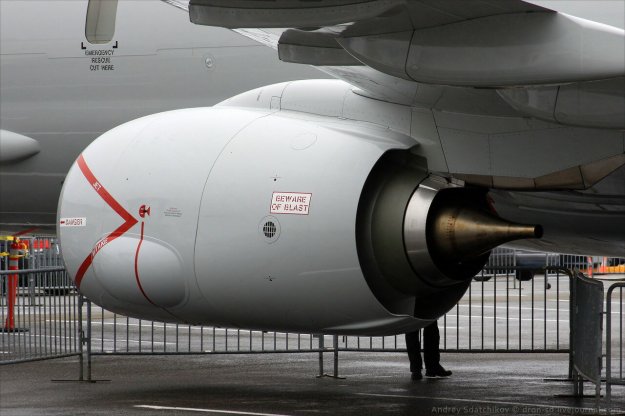 Selected by Boeing as the sole-source powerplant for its Next-Generation 737 range, the CFM56-7B develops 19,500 to 27,300 pounds of thrust. Thanks to upgrades to the core and low-pressure turbine, the latest CFM56-7BE configuration delivers significant performance improvements for operators, including a 1% reduction in fuel consumption and a 4% cut in maintenance costs, as well as extended part lifetimes. The CFM56-7BE is fully interchangeable with other CFM56-7B engines and modules, and upgrade kits can be easily fitted to the CFM56-7B and CFM56-7B/3, providing maximum flexibility for operators. 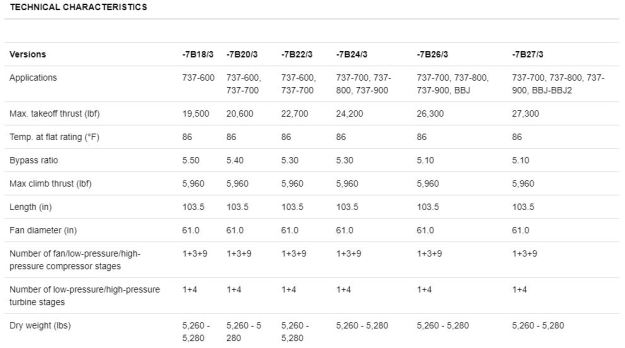 The engine logged more than 30 million flight hours and maintains a proven high-reliability figure of merit of 0.003% in-flight shut down rate for every 1,000 hours of flight. 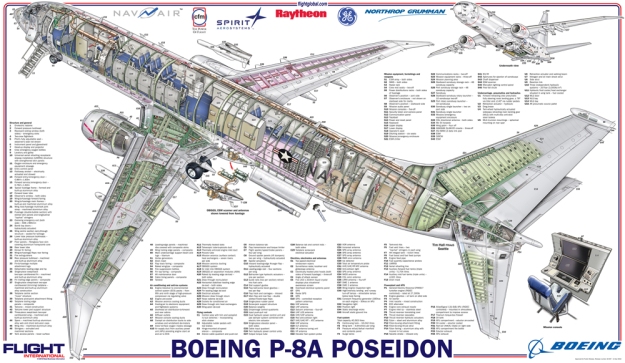 In July 2007, the Australian Government was given ‘first pass approval’ to participate in the cooperative development of the P-8A Poseidon. The P-8A would replace the RAAF’s fleet of AP-3C Orion aircraft. A memorandum of understanding (MoU) was signed for production and development of the aircraft in March 2012.

In January 2009, India placed an order for eight P-8I long-range maritime reconnaissance and anti-submarine warfare aircraft. The P-8I is a variant of the P-8A Poseidon that was custom built for India. Boeing opened a new production facility at Seattle in November 2010 to support the manufacturing of the P-8A and P-8I. The production of the P-8I began in December 2010. Deliveries to the Indian Navy began in December 2012 and were concluded by October 2015.

In January 2011, the US Navy placed a $1.6bn low-rate initial production (LRIP) contract for six P-8A aircraft. The contract also includes a provision of spare parts, logistics and training devices. Boeing was awarded a $1.7bn LRIP contract for seven aircraft in November 2011. A $1.9bn contract for 11 P-8As was placed by the US Navy in September 2012.

In February 2014, Boeing received a $2.4bn contract from the US Navy for the delivery of 16 P-8A Poseidon aircraft.

Boeing delivered a total of 21 P-8A Poseidon aircraft to the US Navy as of January 2015.

In June 2015, Raytheon received a $153m contract to supply 53 additional radars for the P-8A aircraft.

Boeing handed over 33 Poseidons to the US Navy as of January 2016.

Norway placed an order worth approximately Nkr10bn ($1.17bn) for five P-8A Poseidon aircraft in March 2017. The deliveries of the aircraft are expected to take place between 2022 and 2023.