The S-300 surface-to-air missile systems were first developed by the Soviet Union to defend against enemy aircraft and incoming threats. Photo by Kremlin.ru

WASHINGTON, Dec. 23 (UPI) — The Russian government has completed the free delivery of its S-300 air defense system to the government of Kazakhstan, according to Russian media reports.

The delivery supports the initiative between Moscow and Astana to construct and operate a common aerospace defense system. Russian defense officials say they delivered the missile system free of charge because it is the country’s main contribution to the integrated air defense system.

“We have completed the project on free of charge S-300 air defense system deliveries to Kazakhstan,” Russian Defense Minister Sergei Shoigu said during a meeting according to Sputnik International.

“We have approved for 2016 a plan of work of the Defense Ministers’ Council of the CIS countries and a plan of common steps on the joint air defense system,” Shoigu added.

The S-300 missile defense system was developed by the Soviet Union and now used by the Russian government and other armed forces around the world as a surface-to-air defense system against airborne threats.

Gerald R Ford (CVN 78) is 96% complete at HII’s Newport News Shipbuilding division in Virginia where the new carrier is being finished ahead of the trials. More than 2,300 compartments out of 2,607 have been turned over to the USN, said Rolf Bartschi, vice-president of CVN 78 construction.

The A-50 airborne early warning and control aircraft (AEW&C) was developed and manufactured by the Beriev Aircraft Research and Engineering Complex Joint Stock Company based at Taganrog in the Rostov Region of Russia. The A-50 aircraft was developed from the llyushin IL-76MD military transport aircraft manufactured by the Ilyushin Aviation Complex Joint Stock Company based in Moscow.

The aircraft is known in the West by the Nato codename Mainstay. Beriev aircraft normally carry the Russian designation Be- followed by the number, however, the A-50 aircraft retained the well-known A-designation which Beriev allocated to the original prototype.

The A-50 aircraft detects and identifies airborne objects, determines their coordinates and flight path data and transfers the information to command posts. The A-50 also acts as a control centre, guiding fighter-interceptors and tactical air force aircraft to combat areas in order to attack ground targets at low altitudes. The role of the A-50 is comparable to that of the US’s E-3 AEW system developed by Boeing.

A-50M  : modernization program started in 1984 and which would have been abandoned in 1990, before the realization of a prototype, for lack of funds.

A-50U Mainstay B  : Modernized version revealed in 1995 and whose development would have started in the late 1980s. The exact scope of this program is unknown in terms of added or modernized systems. At least 7 A-50 Russian have been upgraded to this standard.

A new A-50U modernization programwas launched in 2006. This program is sometimes referred to as A-50U too, leaving confusion with the more limited program mentioned above. The new A-50U is lighter thanks to a new avionics. This makes it possible, at mass equal to the take-off, to increase the fuel consumption and therefore the radius of action and / or the patrol time on the zone. The new avionics incorporates a satellite navigation system while operators have new consoles and new screens (LCD instead of old cathodic). Radar and mission system performance “Shmel” is also enhanced to track up to 150 targets 600 km away, detecting low-radar aircraft or ships. The comfort of the crew was not forgotten with a new rest room and toilets. The life of the device would have been extended by 20 years. The tests of this new version began in September 2008 and would have been completed on November 26, 2009 according to the manufacturer Beriev. The first modernized A50U was returned to 2457th Ivanovo-Severnyi Air Base on October 31, 2011 for state testing before entering service in January 2012. A second modernized A-50U was delivered in late 2012. Beriev hopes to obtain a new contract to upgrade other devices in the following years (1 per year?).

A-100  : Beriev was entrusted in 2010 with the development of a new radar aircraft that is more efficient than the Russian A-50s and the Indian A-50EhIs: the A-100 will have a new phase antenna radar active designed by Vega. It would be based on the future Il-476 transport aircraft (modernized version of the Il-76MD) but the prototype would currently be realized by converting an A-50 while waiting for the arrival of the Il-476. The first flight of the prototype is expected in 2013 at best. The A-100 series could come into service in 2015. The possibility of installing this system on an An-148 would also have been studied. Source red-stars.org

A-50 Mainstay programme and development

The modernised A-50 aircraft can now take more fuel on board with the same take-off weight, while increasing the range and mission time performance. A satellite navigation system integrated into flight and navigation complex offers a dramatic increase in the navigational accuracy.

The A-50U airborne radar warning and guidance system is the Schnel-M produced by Vega. It comprises:

These upgrades form the basis of the concept for Beriev A-100 AEW&C. Configuration will be similar to the A-50U, but with a new VegaPremier active electronically scanned array radar.

The Beriev A-100 is a Russian-built airborne early warning and control (AWACS) aircraft based on the Il-76MD-90A (Il-476) transport aircraft. This aircraft is developed to replace the Beriev A-50 “Mainstay” in Russian Air Force service. Avionics and configuration will be similar to the A-50U, but with a new Vega Premier Active Phased Array Radar.

The A-100 is designated as the izdeliye PM, a project meant to develop a replacement for the A-50 AWACS aircraft. The aircraft is based on the improved Il-476, which has new PS-90A-76 turbofans that are 15% more powerful than the D-30KP used by the Il-76. The external shape of the A-100 will be similar to the A-50, with the main radar array housed in a rotating dome mounted on two struts above the fuselage. The new Vega Premier AESA radar in the dome will have electronic steering in elevation while azimuth is control by the rotation of the dome. The array will rotate once every 5 seconds, thus improving the radar’s ability to track fast moving targets.

Pictures of what could be the future A-100 “Premier” AWACS aircraft have been released on the specialized russian website Missiles2Go.ru. A scale-model of the aircraft has been unveiled by the Russian aircraft manufacturer Beriev during Army 2016 exhibition, being held this week in the Moscow region.  Source worlddefencenews.blogspot.com

We are expecting to receive the A-100 AWACS on the Ilyushin Il-476 platform powered by the PS-90 engine for extended flight range – Image: redstar.gr

The contract for mass production of the A-100 radar patrol, guidance and control aircraft is expected before year end https://t.co/SSmCvRnZrY pic.twitter.com/VyPszEdCvk

Russian AEW aircraft A-100 made its first flight: Here

“18 November 2017 the first flight of a multifunctional aviation complex radar surveillance and targeting A-100”, – said in concern.

As explained in the “VEGA” during the first flight “was proven aerodynamic characteristics of the aircraft, the performance of the avionics and parts of the target instrument RTK [radio system]”.

The serial deliveries of the multifunctional aviation complex of the radar surveillance and guidance A-100 will begin in 2020. This was announced on Wednesday by Russian Defense Minister General of the Army Sergei Shoigu at the conference call.

The aircraft can also be protected from the enemy’s fighter aircraft via guidance of friendly fighters. 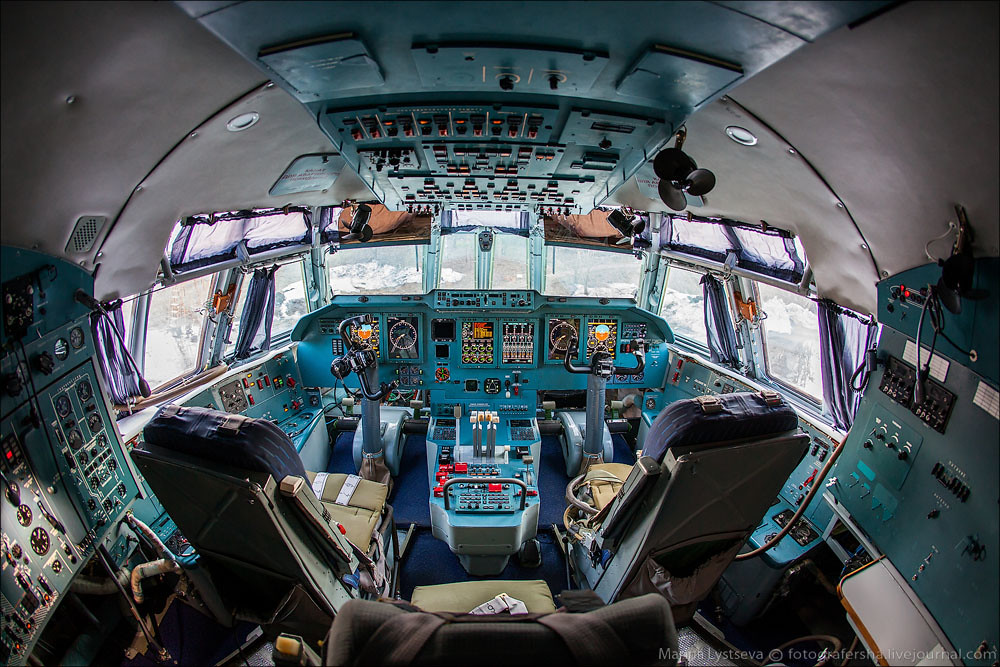 First flown in October 2016, the Beriev 100 carries the new Vega Premier AESA radar in a rotating radome. The array rotates once every five seconds, improving the radar’s ability to track fast moving targets such as enemy jets.

The Beriev 100, which is based on the Il-76MD-90A (Il-476) transport aircraft, remains under development, however. The A-100  was first tested in flight on a flying laboratory last month.

The aircraft is manned by five flight crew and ten mission crew. The maximum take-off weight of the aircraft is 170,000kg. It can travel at a maximum speed of 800km/h. 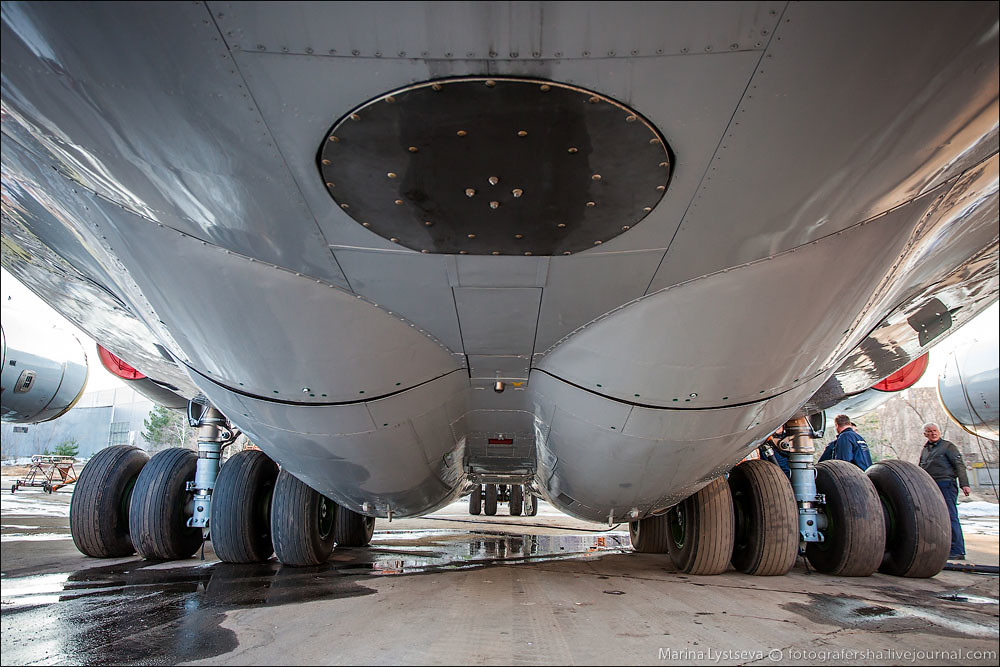 It is a high-bypass-ratio, two-shaft turbofan, with mixed flow and a thrust reverser in a fan duct and noise absorbing system.

The aero engine is intended to power IL-76 cargo aircraft and its modifications.

In 2004 Perm Engine Company launched the serial production of the engine.

TA12-60 is a single-shaft auxiliary gas-turbine engine with the equivalent power of 360 kWt. This engine is designed for aircraft and helicopter APUs. It is used for air turbine start of the helicopter and aircraft mid-flight engines, AC electric power of 115/200 V, power up to 60 kWA and providing air conditioning for cockpit and cabins.

High overall efficiency of the engine is based on the use of a 4-stage axial compressor. An annular reverse-flow combustion chamber of evaporative type provides 0,99 burning and low content of hydrocarbons in the exhaust gases. The engine contains a 3-stage axial turbine. Driving units, including alternator, are installed on the engine’s gearbox.

The noise level of the TA12-60 engine, when installed on the craft, does not exceed 90 dB.

The engine complies with the Norms of Aircraft Airworthiness (NLGS-3); this is confirmed by a type certificate No 101-VD issued by the Aviation Register of the IAC.

Since 2005 the TA 12-60 APU has been operated under the second strategy. The TA 12-60 APU is operated subject to the technical condition till the specified life time of the principle components is terminated (4,000 hr/starts).