MOSCOW (Sputnik) – The missile was launched from a Verkhoturye strategic nuclear submarine.

“On December 12, the crew of Capt. 1st Rank Dmitry Zelikov on the Russian Northern fleet’s strategic nuclear submarine Verkhoturye carried out a successful launch of a Sineva intercontinental ballistic missile from the designated area in the Barents Sea to Kamchatka’s Kura Test Range,” the ministry said in a statement.

The test-firing was performed by the submarine from a submerged position, the Defense Ministry specified. 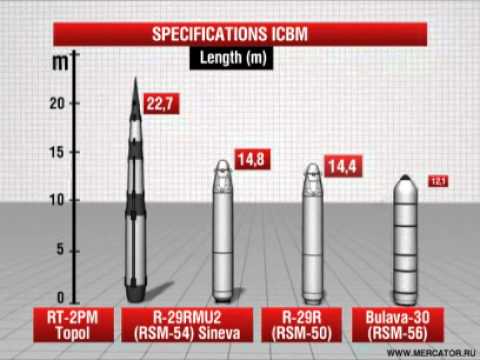 The Royal Netherlands Navy deploys the OPVs in the Caribbean and the North Sea. The vessels can support international task forces in anti-piracy missions, counter-drug operations and block ships in coastal areas during crises.

With the ability to carry supplies and more than 100 people, the vessels can also carry out emergency missions.

The vessel has a broad platform to provide stability in marine seas. Its stealthy design incorporates innovative techniques to reduce radar reflectivity. The body is built with thick steel, which has a lower tensile strength. It is heavier than the steel used for frigates and can resist the impact of small-calibre weapons.

The hull is stretched and the bridge and superstructure are placed aftwards, to help optimise the seakeeping capabilities of the vessel. The speed is cut down to reduce fuel consumption and increase the range of the vessel. Two rigid-hulled inflatable boats (RHIBs) and one NH-90 helicopter are also carried to support interception operations.

The vessel is fitted with highly automated systems, including a shore support and management system, calamity system, warning system and monitoring system. The patrol vessel has an overall length of 108.4m, a width of 16m and a draught of 4.55m. Displacement of the vessel is 3,750t.

The OPV can accommodate 50 ship crew members and up to 40 non-listed persons, including a helicopter detachment, law enforcement detachment (LED), a platoon of marines or a medical team.

Approximately 100 evacuees can also be boarded. The ship can sail at a speed 21.5kt. Its maximum range is 5,000nm.

In December 2007, the Royal Netherlands Navy signed a contract with Damen Schelde Naval Shipbuilding in Vlissingen, the Netherlands, for the construction of four patrol vessels.

Construction was carried out in parallel, with the first two at Damen Schelde Naval Shipbuilding in Vlissingen, the Netherlands, and the remaining at Damen’s sister shipyard in Galatz, Romania. The project cost was estimated at €467.8m ($687.9m). These ships were built between 2008 and 2012, and the fourth ship was built in 2013.

The ships were named after Dutch provinces of historical maritime importance.

The main gun is a 76mm Oto Melara Super Rapid gun. It has a firing rate of 120 rounds a minute and a range of 16km. The vessel is also fitted with a 30mm Oto Melara Marlin WS gun, two 12.7mm Oto Melara Hitrole NT guns and two 12.7mm M2HB machine guns. The guns onboard can be remotely operated.

The MARLIN – WS is a highly accurate and reliable multi-role system, particularly effective in the simultaneous engagement of multiple targets such as swarms of Fast Inshore Attack Crafts.

HITROLE® 12.7mm naval turret is a modern system fully controlled from a remote station via an advanced control console that allows the gunner to operate from a protected position within the ship’s structure: any operation, including loading and recocking, can be undertaken with maximum safety for the operator.

Low weight and high level of flexibility make this turret particularly suitable for installation as main armament of any small patrol vessel engaged in border control, maritime traffic interdiction or as a secondary armament on larger ships for self protection in the anti-terrorism role.

The turret is electrically operated and very accurate due to powerful digital servos.

Sighting and tracking actions are performed by means of a high performance day TV camera.

The practical rate of fire for these weapons varies widely depending upon the model and application. For the HB version, infantry training in the 1970s was to fire bursts of 8-10 rounds at a time, each followed by a short pause. Shipboard gunners of the 1930s-40s using water-cooled versions were trained to fire continuously in order to be able to “walk” the tracers onto the target. As the practical range against aircraft for this weapon was approximately 1,500 yards (1,400 m), an aircraft approaching at 200 knots would be under fire for about 14 seconds, or the rough equivalent of one belt of 100 rounds.

The patrol vessel has a fully-equipped hangar to support the operations of a NH-90 helicopter. The helicopter is equipped with homing torpedoes and a sensor system. The sonar and radar on the helicopter allows it to make observations beyond the radar horizon of the OPV. Space is available under the helicopter to accommodate containers of relief supplies.

The OPV is the first vessel in the Royal Netherlands Navy to be fitted with Thales Integrated Sensor & Communication Systems (ISCS).

Sea Master 400 has been specifically engineered for installation in an integrated mast structure. Its four faces provide unrestricted coverage, while the hardware design allows for easy accessibility for maintainers inside the mast, so promoting a high Mean Time To Replacement and limiting the exposure to external hazards. Sea Master 400 is known as SMILE in the IM400 systems contracted by the Royal Netherlands Navy.

Thales SEASTAR being assembled to the main mast

Sea Watcher 100 has a modular design based on 1 to 4 antenna faces for 100 up to 360 degrees
coverage in azimuth, allowing the customer to balance the coverage requirements with installation constraints. The Sea Watcher 100 can track more than 200 targets simultaneously.

Gatekeeper is the latest addition in the passive surveillance product family. Non-rotating (staring) IR/TV cameras provide a continuous 360deg panoramic visual overview of the own ship environment. Adequate tracking facilities are provided to track even the smallest surface target.

Gatekeeper has been designed as an automatic own ship close-range security sensor when in harbor, at anchor or sailing close to unfriendly shores.

The system is ideally suited as clip-on for existing platforms. It provides 24-hour, day/night surveillance allowing the crew to be deployed more efficiently with personnel being able to stay inside a protected, airconditioned environment rather than having to stand watch on deck.

Gatekeeper also allows the ship to have a relaxed alert state and still be able to respond quickly in case of an emerging threat. Gatekeeper excels in harbours and confined waterways where radar use is restricted and radar performance is limited.

A Gatekeeper system will have up to 4 sensor units, each comprising non-cooled IR and three TV cameras with a combined view of 120° in azimuth. The 360° surveillance image is available for multiple operator stations, where each operator has his own “software controlled window” for amplification of track data and zoom-in without disturbing the 360° view for other users at the bridge, operations room or watch stand. The panoramic view can be displayed on large screen(s) in the combat information center.

The wireless communication and messaging system on board Holland Class is about using function based workflow to provide intelligent messaging to and from crew members.

The first group of intelligent messaging is called system maintenance messaging and provides real time maintenance information  from platform systems generating system messages & tasks to be accepted by the responsible crew member. These system messages will be controlled by supervisors and/or automated escalation control procedures eg a non-confirmed fire detection notification. In this case the damage control assistant, responsible for lets say the damage control section AFT, will receive a short system instruction to check the fire alarm accordingly. DCA-AFT is requested to report immediately along the chain of command towards the damage control officer.

Equipped with a combined electric or diesel (CODELOD) propulsion system, the patrol vessel is powered with two MAN 12V28/33 diesel engines rated at 5,400kW, fitted to a Renk gearbox.