The keel for the first vessel in the class, Lanzhou (DDG 170), was laid down at the end of 2002 and the ship was launched in April 2003. The destroyer was commissioned in July following the completion of sea trials in late 2003. The second vessel, Haikou (DDG 171), was launched in October 2003 and commissioned in 2005. The South Sea Fleet based at Zhanjiang operates both the vessels.

The hull design is based on the Type 052B destroyer. The design of the ship incorporates Russian and Chinese indigenous systems. The height of the bridge was increased to accommodate four fixed phased array radar antennas.

The CDS receives information from ship sensors and performs command, control and threat assessment. It delivers engagement instructions to the WCS for the selection of weapons.

The vessel can transfer combat data to other surface fleet units and aircraft through a data link and satellite communications.

The missile system uses a cold launch method to avoid flame and gas exhaust pipes on the hot launch VLS. It also reduces the damage caused to the vessel due to the blast. A cylinder shaped container holds a total of 48 missiles.

The Band Stand radar and a Light Bulb data link guide the missiles. The missiles have a maximum range of 280km. *Note other sources indicate max range at 400km

The main gun is a single-barrel, 100mm gun from 713 Institute. The fully automatic gun can engage surface and aerial targets such as aircraft and low speed missile. It has a maximum rate of fire of 90 rounds per minute.

Short range defence is provided by two Type 730 close-in weapon systems (CIWS). This weapon system can fire at a rate of 4,600-5,800 rounds a minute up to a range of 3km.

The Yu-7 is a lightweight torpedo of Chinese origin. Since 1984 China tried to copy and later produce under license the US Mk 46 torpedo. This proved to be difficult and a batch of Italian A.224S torpedoes was ordered and the two designs were mated. An electrically powered Yu-7 offspring called the ET-52 was developed and put into service before the development of the Yu-7 was finished.

The destroyer has a stern helicopter deck and hangar to accommodate a Kamov Ka-28 ASW helicopter. The helicopter carries torpedoes and depth charges, and can be operated in all weather conditions. The destroyer is also capable of supporting the operations of a Z-9C helicopter replacing the Ka-28.

The vessel is fitted with a Type 517H-1 long-range 2D air search radar, a Band Stand fire-control radar for the anti-ship missiles and main gun and two Type 327G fire control radars for the CIWS.

There is a four-array multi-function phased array radar installed on the vessel.

The destroyer is also fitted with a hull-mounted SJD-8/9 active / passive search and attack sonar. 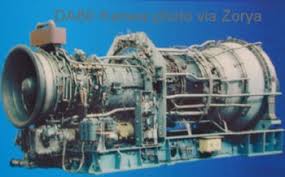 Under conditions according to ISO 2314