The US Navy will commission the USS Jackson, on Saturday in Gulfport, Mississippi.

WASHINGTON (Sputnik) — The US Navy will commission its latest littoral combat ship (LCS), the USS Jackson, on Saturday in Gulfport, Mississippi, the Department of Defense announced in a news release on Friday.

“Jackson is a fast, agile, focused-mission platform designed for operation in near-shore environments yet capable of open-ocean operation,” the release said. “It is designed to defeat asymmetric ‘anti-access’ threats such as mines, quiet diesel submarines and fast surface craft.”

Littoral combat ships are designed to mount and support amphibious operations and to operate close into hostile shores.

The Jackson’s sea frames will be outfitted with reconfigurable payloads, called mission modules made up of mission systems and support equipment to wage mine countermeasures, anti-submarine warfare, or surface warfare missions, according to the release.

In July, the National Defense journal noted that the littoral combat ship class has been the subject of harsh criticism throughout the US defense industry as critics claim it is unsuitable for warfare and un-survivable in combat.

TOKYO — Japan’s defense budget is poised to top 5 trillion yen ($40.2 billion) for the first time next fiscal year as its self-defense forces ready for an expanded role.

Not all of the additional outlays will be on new weapons, however, with a major increase expected for a U.S. military base relocation.

Defense spending was falling before Shinzo Abe returned to the prime minister’s office in 2012. Under his watch, the declines have been reversed and then some. The Abe government is readying to seek around 5.04 trillion yen for defense in the year starting next April, up from the highest amount so far, fiscal 2015’s 4.98 trillion yen.

Some of the spending items are in line with the more outgoing Self-Defense Forces role envisioned by the Abe government’s controversial national security legislation.

The government wants a second E-2D Advanced Hawkeye early-warning radar plane, which could detect, say, a missile headed for a U.S. aircraft carrier. Japanese ships equipped with the Aegis missile defense system could then help shoot down the missile, engaging in collective self-defense — a right that previous governments had maintained Japan was constitutionally unable to exercise.

Japan will continue to bolster its defense of outlying islands in light of China’s growing blue-water military presence. To that end, Tokyo seeks to make a sweeping procurement of Osprey vertical-takeoff-and-landing aircraft, amphibious troop carriers and fast combat vehicles with overwhelming firepower. Another spending priority is the SH-60K, a helicopter well suited for hunting submarines.

Japan occupies a rapidly changing security landscape. China’s military spending has multiplied by a factor of 3.6 over the past 10 years, dramatically increasing its fighter jets, submarines and other weapons. The Chinese outspent Japan on defense by more than three to one in fiscal 2015. Meanwhile, North Korea is believed to be developing better ballistic missiles and smaller nuclear warheads to fit on them.

Japan’s budget allocation for replacing the U.S. Marine Corps’ Futenma airfield in Okinawa is expected to climb significantly from last fiscal year’s 142.6 billion yen. Okinawa Gov. Takeshi Onaga is fighting the relocation, which Tokyo insists is “the only solution” to the danger and nuisance to residents around the existing base. Tokyo wants to get construction fully under way before year’s end. Budgeting the necessary costs “will show that we’re going to move forward steadily with work on the relocation,” a senior defense ministry official said.

Tokyo and Washington are still negotiating on host-nation spending for Japan-based U.S. forces — an annual allocation nicknamed the “sympathy budget.” Citing fiscal constraints, Japan seeks a reduction from last fiscal year’s 189.9 billion yen. But the American side wants more in light of its deployment of additional naval and other capacity to its ally. The Tornado entered service in 1980 and ceased production in 1998. The Tornado was manufactured by Panavia, a consortium of BAE Systems, EADS (formerly Daimler-Chrysler Aerospace) and Alenia Aeronautica.

German Air Force Tornado aircraft will be armed with the IRIS-T infrared-guided air-to-air missile, being developed by BGT.

In July 2002, the Italian Air Force signed a contract with Panavia to provide a mid-life upgrade (MLU) for 18 Tornado IDS aircraft. The MLU included: a new Litef GPS satellite system, a radio, Galileo Avionica radar altimeter and Thales TACAN and the ability to deploy GPS and laser-guided munitions, as well as the Storm Shadow stand-off cruise missile.

The first was delivered in July 2004 and deliveries concluded in 2007. A contract for the upgrade of a further 15 aircraft was signed with Alenia Aeronautica in November 2007, for delivery in 2009-2011. Four upgraded aircraft were deployed to Afghanistan in November 2008.

In September 2006, BAE Systems was awarded a contract to upgrade 80 Tornado fighters of the Saudi Arabian Air Force.

More than 140 (142) of the Royal Air Force GR 1 Tornados have been upgraded to Tornado GR 4 configuration, under the RAF Tornado mid-life update programme. The first entered service in 1998 and the GR 4 received operational clearance in April 2001. Final delivery was in June 2003. The upgraded aircraft are planned to stay in service until 2025. The new systems have been developed by BAE Systems.

The programme involved advances in systems, stealth technology and avionics. A digital avionics bus links the new systems and fully integrates the aircraft’s improved defensive aids suite. The weapons bus is configured to control the release of a wide range of weapons and can adapt for future weapon types through the system’s missile control and weapon programming units.

The GR 4 is fitted with a pilot’s head-up display, multifunction head-down display and a digital map.

The BAE Systems TIALD thermal imaging laser designator pod, which provides high-accuracy autonomous guidance for laser-guided weapons, has been integrated on the upgraded aircraft. From February 2007, a number of GR 4 aircraft operating in Iraq are being fitted with the Rafael ‘Litening’ III targeting pod.

TIALD, the Thermal Imaging Airborne Laser Designator pod, is manfactured by BAE Systems and is the UK’s laser designator for laser-guided bombs.

The UK uses the Paveway series of laser guided bombs (LGBs.) The first operational use of LGBs by the UK’s armed forces were the RAF Harrier attacks on Argentine forces during the Falklands War. However laser designation for these attacks was carried out by a forward air controller using a ground designator. Following the conflict it was realised that an airborne designator was required.

The TIALD pod has been constantly updated, the current version of which is the Series-400 fitted to the Tornado GR4. The TIALD pod will likely be fitted to the Typhoon when it enters service. However the UK is studying a next generation designator pod, possibly in collaboration with other European countries.

While the laser-guided bomb remains a key weapon in the UK’s arsenal, recent developments have seen its importance diminished. The introduction of the Storm Shadow missile gives the RAF a stand-off attack capability, reducing the danger to both aircraft and crew. The UK has committed to the Enhanced Paveway, which incorporates GPS guidance, reducing the effect that poor weather or smoke has on accuracy. Source academickids.com

The GR 4 is equipped with forward-looking infrared (FLIR). The thermal image is projected onto the pilot’s head-up and head-down displays. 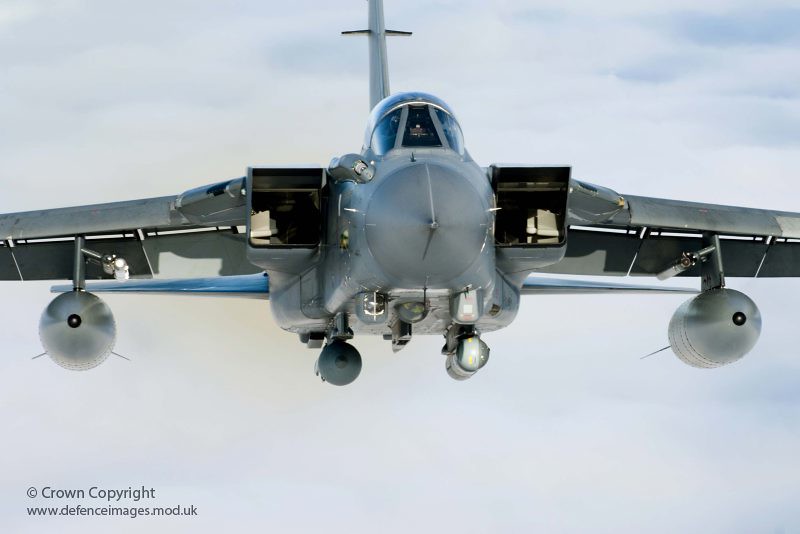 Forward-looking infrared (FLIR) underneath the fuselage below the cockpit

The GR 4 has been cleared to carry enhanced Paveway II bombs, with GPS/INS (global positioning system / inertial navigation system) guidance. Raytheon was awarded a contract to integrate Paveway IV on the Tornado in February 2008, which was completed in July 2009.

The podded sensor flies on the F-16s of nine air forces, on the new Saudi air force F-15s, and on Japan’s P-3s. It first entered service on the Tornado strike aircraft of the UK Royal Air Force, where it is named the Raptor system.

The DB-110 derives from a much larger system flown on the U.S. Air Force’s U-2 reconnaissance aircraft, which has already been upgraded to a seven-band configuration. Its unique design offers three different fields of view, allowing for long-range standoff missions as well as medium-range operations and direct overflight at low level. A generic recce interface allows today’s digital combat aircraft to recognize the DB-110 pod as a weapons store, thereby eliminating the need for a cockpit control panel–a boon for pilots of single-seat fighters flying busy, low-level missions. Source ainonline.com

The Goodrich DB-110 is a compact, day/night, two-axis stabilized, real-time, tactical reconnaissance pod system suitable for installation aboard fighter aircraft such as the F-16 Fighting Falcon. This observation system has been designed for operations at medium and high altitude (10,000- to 80,000-ft) and low subsonic and supersonic speed (0.1 to 1.6 Mach) delivering high resolution infrared and visible bands imagery at extremely long ranges.

It provides real-time day and night targeting with a range of 72km (electro-optic) and 36km (infrared). The pod received initial operating capability in September 2002 for deployment in Operation Iraqi Freedom in 2003.

It was cleared for operational use in January 2008 and was deployed to Iraq in June 2008.

The upgrade entered service in 2009.

The low-level, high-speed reconnaissance Tornado GR 1A is in service with the air forces of Germany, Italy and Saudi Arabia. The aircraft provides real-time reconnaissance, with facilities for in-flight review of reconnaissance data, recording for post-flight analysis and instant ground access to recorded imagery.

The GR 1B maritime attack Tornado is in service with the Royal Air Force. The aircraft is equipped with up to four Sea Eagle anti-ship missiles. It can strike at a distance more than 400 miles from base and is able to launch the missiles at stand-off range. 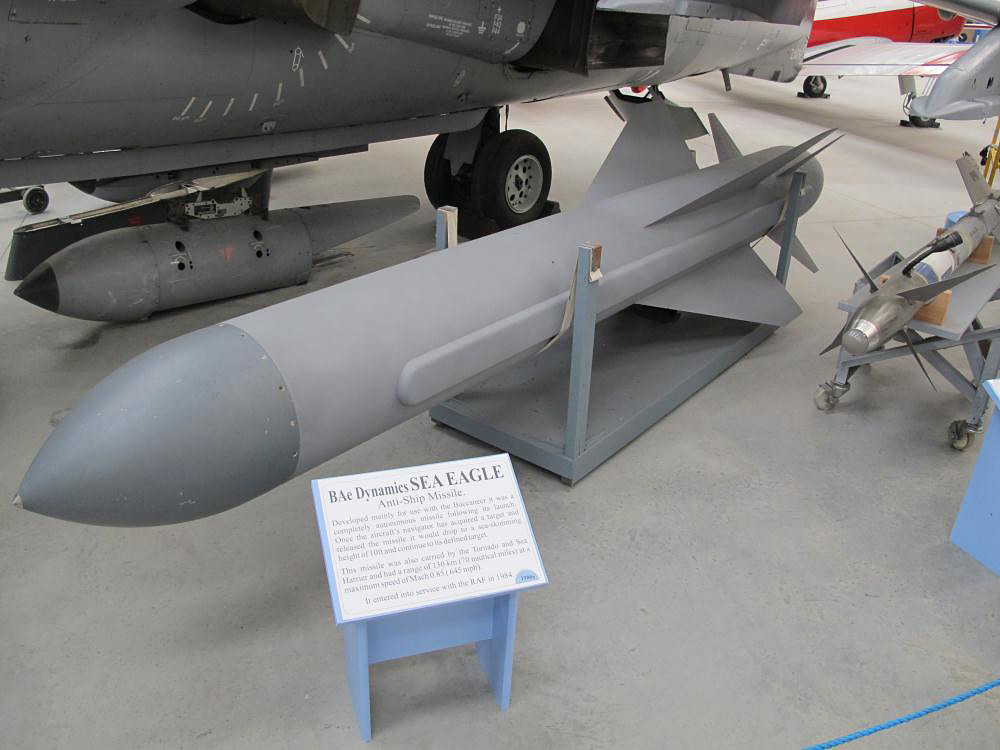 Tornado F3 aircraft were the first aircraft to be fitted with the short-range MBDA ASRAAM air-to-air missile which entered service in January 2001 and was declared ready for operational deployment in September 2002.

Short-range MBDA ASRAAM air-to-air missile The missile can be deployed using lock before launch capability to engage targets in the forward hemisphere. It can be launched in ‘lock after launch’ mode to engage targets beyond the seeker acquisition range. The missile gathers target positional data from aircraft sensors including radar or helmet mounted sight during close-in combat missions when target is located outside the off-boresight and visual limits of seeker. This capability ensures the aircraft’s crew to perform over-the-shoulder firing in ‘lock after launch’ mode. (airforce-technology.com)

The aircraft is equipped with a BAE Systems Foxhunter radar, which provides long-range search capability and enables the aircraft to engage targets at beyond visual range.

BAE Systems Foxhunter radar it is designed for air defence operations; it is capable of continuously keeping track of up to 20 targets at ranges of up to 160 kilometres (100 mi) – Tornado ADV

A Tornado F3 in training flight crashed on 2 July 2009 at Glen Kinglas in Argyll, Scotland. The RAF Tornado F3 fleet was retired in March 2011 and replaced with the Eurofighter Typhoon. 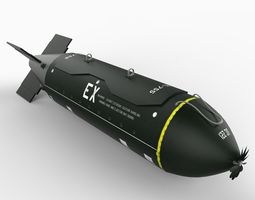 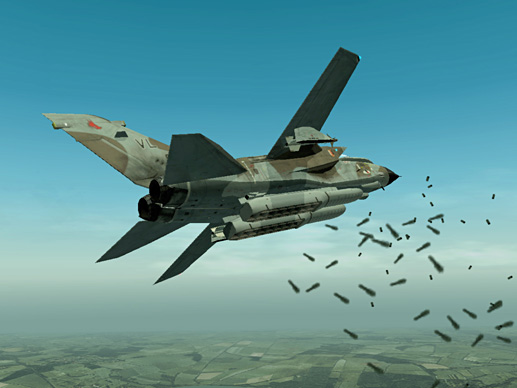