The first customer for the Saab 2000 AEW&C, the Pakistan Fiza’ya (the Pakistan Air Force), placed the order with Saab, based in Stockholm, in June 2006 for Skr6.9bn. The Government of Pakistan renegogiated part of the contract in May 2007 due to financial crisis within the country. The contract value was reduced to Skr1.35bn.

The first of four aircraft was rolled out in April 2008 and entered into service in October 2009. The second aircraft was delivered to Pakistan in April 2010 to monitor Indian airspace. Thailand announced the selection of the Saab 2000 AEW&C in June 2007.

As per AFM, the first new Erieye AEW&C will be delivered in December, with the final two due for 2018.

These will join the PAF’s three existing Erieye AEW&C and four Y-8F600-based ZDK03 AEW&C – resulting in a total of 10 AEW&C aircraft by the end of this decade.

On May 15, Saab announced a $155 million U.S. order for its AEW&C business group with deliveries set to commence from 2017 and to conclude 2020. Saab expects the sale to be inked in six months, whereby financial and other conditions will be ‘fulfilled.’

Saab did not disclose the customer, which it had done for a prior United Arab Emirates (UAE) order. In light of recent information, it is possible that Pakistan is Saab’s latest customer.

The Erieye is a critical piece of the PAF’s air surveillance and early warning strategy. Centered on an active electronically-scanned array (AESA) radar, the Erieye provides stand-off range situational radar awareness to networked airborne and land-based assets. Saab positions the Erieye as an open platform, one that can communicate in Link-11, Link-16 and/or the end-user’s proprietary data-link protocol. Source quwa.org 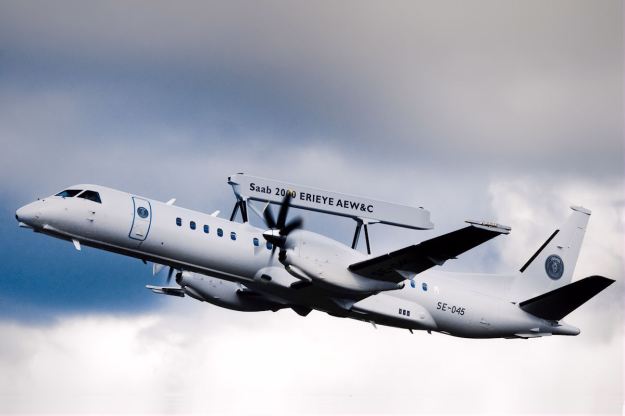 Saab Surveillance Systems is the lead contractor for the Saab 2000 AEW&C programme. Saab Aerotech is responsible for the development and modification of the Saab 2000 regional aircraft to the AEW&C configuration. Six other Saab business units are also contracted for major elements of the programme.

The outer wing sections have been strengthened, as has the roof of the fuselage, to accommodate the weight of the Erieye antenna and its housing. The vertical tail area has been increased to provide improved stabilisation. 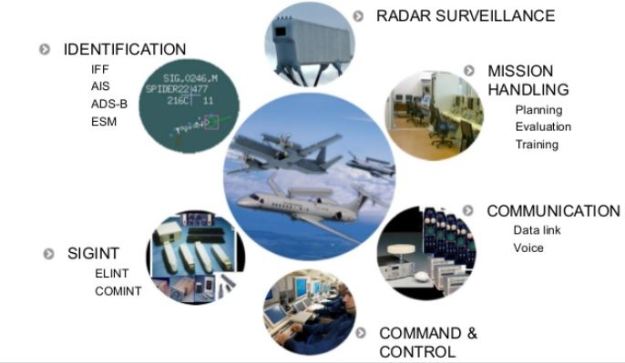 Erieye is a complete AEW&C system that provides capabilities for both military and civilian needs.

The extensive COM suite secures communication with participating assets and other control centres, on the ground or in the air. Source saab.com 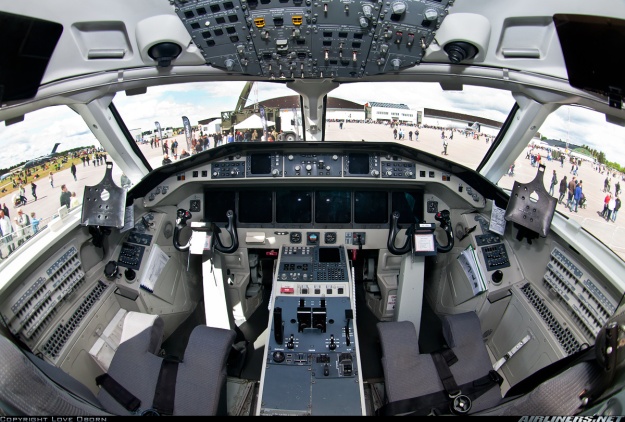 The main cabin is fitted with five mission operator consoles on the starboard side.

The windows on the starboard side of the main cabin have been removed. The cabin is air-conditioned and fitted with an active noise cancellation system. 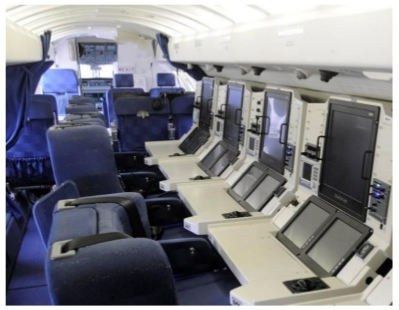 The aft section of the main cabin accommodates fuel tanks and mission equipment. Two auxiliary fuel tanks are installed on the starboard side in the mid fuselage section immediately aft of the mission consoles.

Saab Microwave Systems (formerly Ericsson) is the lead contractor for the Erieye surveillance radar. The Erieye radar is operational on a number of other aircraft including the Saab 340, Embraer R-99 and Embraer EMB-145. Erieye is an active phased array pulse Doppler radar operating in the 3.1GHz to 3.3GHz band. The radar is operational from three minutes after take-off and during climb and provides an effective surveillance area of 500,000km².

The Erieye radar has an instrumental range of 450km and detection range of 350km against a fighter aircraft sized target in dense hostile electronic warfare environments and at low target altitudes. The system is capable of tracking multiple air and sea target over the horizon and provides above 20km altitude coverage, 360° coverage and has sea surveillance capability. The radar incorporates an identification friend or foe interrogator. The system comprises an active phased array pulse Doppler radar with a secondary surveillance radar.

The fixed dual sided electronically scanned antenna array is installed in a rectangular housing, dorsally mounted above the fuselage.

The ESM obtains the electronic order of battle (EOB) data and intercepts, characterises and identifies signals, defines their direction of arrival, generating and displaying warning information. The ESM system operates autonomously and allows real time ESM analysis and presentation to the ESM operator on board the aircraft. ESM data is recorded during missions for post mission tactical and technical analysis. Information is transferred to other onboard systems including the command and control system and the radio data link-controller.

The laser warning system is based on the Saab Avitronics LWS-310 laser warner operating in the 0.5 to 17 microns wavelength bands. Spatial and spectral coverage is provided by an array of three sensors on each side of the aircraft.

The missile launch and approach warner (MAW) is based on the Saab Avitronics MAW-300, which can simultaneously monitor and track up to eight threats. It has four sensors, two on each side, and each with 110° azimuthal coverage to provide the overlapped 360° spatial coverage.

The BOL dispenser is a high-capacity, 160-cartridges, electro-mechanical chaff dispenser. The BOL dispensers are installed in the fairings under the wingtip-mounted radar warning pods. The dispenser incorporates vortex generators which provide chaff blooming characteristics and a chaff cloud Doppler response.

The aircraft is fitted with two Rolls-Royce AE 2100A turboprop engines developing 3,095kW. AE 2100A is a two shaft gas turbine engine equipped with a 14-stage high pressure (HP) compressor driven by a two-stage HP turbine. The engine also features a planetary reduction gearbox connected to the propeller. It also features a full authority digital engine control (FADEC) to manage both engine and propeller. 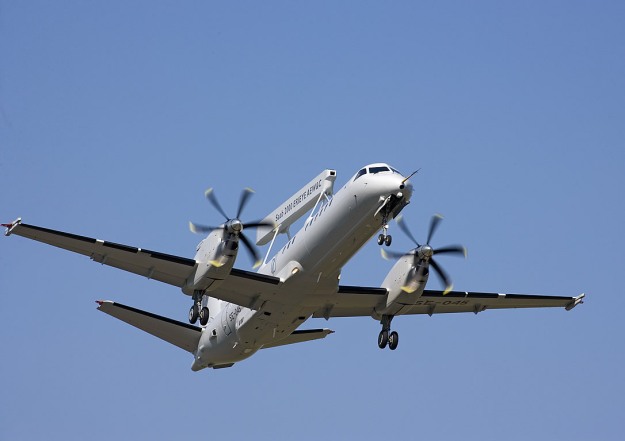