The south African corporation “Advanced Technologies and Engineering” (ATE), is one of those which make modernizations and maintenance, of the Mi-24 helicopters, out of Russia.

In 1999 the ΑΤΕ undertook a contract for the modernization of 40 Mi-24 helicopters on behalf of the Algerian Air Force. The first one was delivered in the same year, with a new code name Super Hind.

Until 2004, the modernized helicopters had completed more than 14000 hours of flight, but already from 2002, the Algerian Air Force, satisfied with the result, proposed a contract for further modernizations to the ATE. Source redstar.gr

The SuperHind is based on the Hind-E airframe. It is fitted with a new integrated navigation and weapons suite, driven by a powerful mission computer. The aircraft controls and systems are unchanged and Mi-24 rated pilots will immediately feel at home, a spokesman for ATE says. 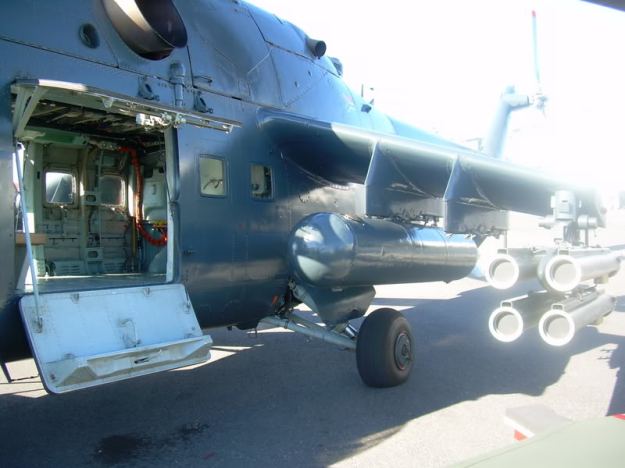 Yet, experience on Russian types is not a prerequisite to fly the Mk III. However unusual, the Mi-24 is a well-equipped and instrumental helicopter with straightforward systems, according to ATE. Several pilots and weapons systems operators have already been converted to the type without any difficulty.

“The originality of the SuperHind mission suite is that is blends harmoniously with the aircraft. The mission computer interfaces with the original aircraft systems which is a major cost saving. The various sights and panels driving the mission equipment merge in the cockpits. The capability to find and destroy all conventional targets by day and night and using NVGs is literally at the crew’s fingertips. Source defense-aerospace.com

The Super Hind features a stablized sight on the aircraft’s nose which includes a FLIR, laser range finder and tv camera. photo : ATE

The Argos 410 enhances and expands the ability of both platforms to perform long range search and rescue, surveillance, reconnaissance, and other observation missions.

The Argos 410-Z military airborne observation system from Carl Zeiss Optronics (Pty) is a South African development drawing on the experience of its Cumulus and Denel Optronics heritage. The turret system itself and facilities allows the customer to select the exact nature of the sensor fit. 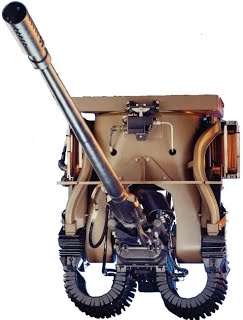 It is gas operated and the firing mode can be selected for single shots, bursts or safe. The gas system operates via two vents, one on each side of the barrel, through which the propellant gases can push against two pistons. The gun is locked by two swinging locking devices which act as struts between the gun body and the gun block. On firing, the two gas pistons are driven to the rear, moving the struts backwards and so allowing the breech block to move to the rear. In this way all the firing forces are developed along the barrel centreline to keep accuracy constant. 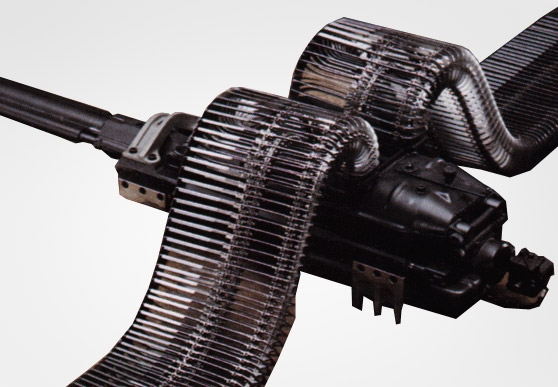 The M693 has three main assemblies: the basic gun or recoil mass; the cradle; and the fire-control unit. The basic gun includes a 7° rifled barrel made of a special nitrided steel and fitted with a muzzle brake. The feed operates on a ratchet and pawl mechanism rotating two side sprockets which can feed ammunition into the gun from both sides, ejecting the spent cases from the same side as the feed in use. This system allows two types of ammunition to be fed into the gun. A further control switch can select the ammunition feed to be used. The linked rounds are fed into the gun from flexible chutes.

The Super Hind can be armed with machine guns on its side doors that can be of the model PKT 7.62 mm of Russian manufacture. Depending on customer’s taste, Super Hind may have its Russian-origin machine guns replaced by M-240 (FN-MAG) in 7.62X51 mm caliber, FN Herstal M3M caliber (.50), GAU-17A (M-134 Minigun ) With six rotating barrels in 7.62X51 mm caliber, GAU-16A (Browning M-2) caliber 12.7mm (.50) machine guns, or 7.62 × 51 mm caliber MG-3 machine guns. The Hind is endowed with large semi-wings mounted on the fuselage that can carry up to 2400 kg of armament of various types. In the case of anti-tank missiles the MK.IV can be equipped with Kentron ZT35 Ingwe missiles with a range of 5 km. Source: planobrazil.com 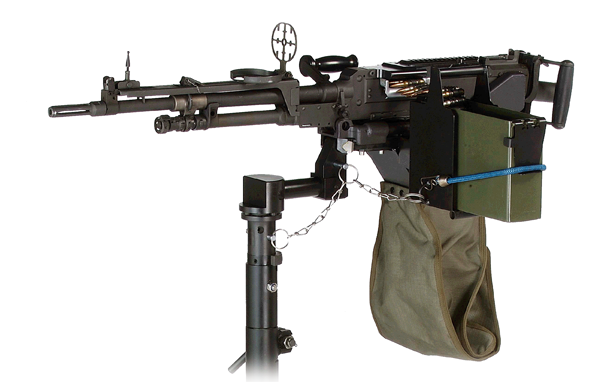 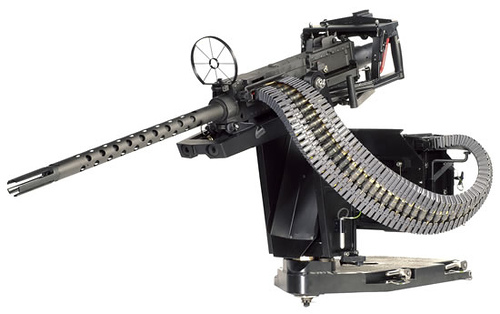 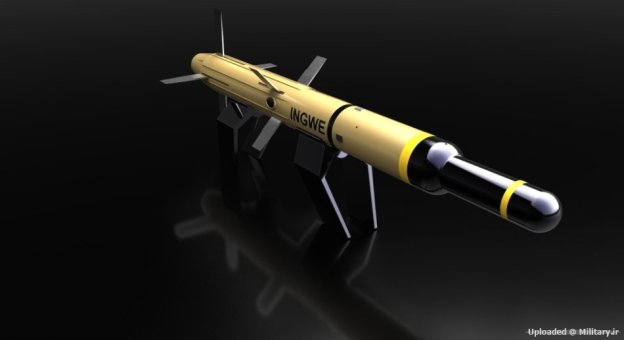 Originally a Kentron product, the Denel ZT3 Ingwe (Afrikaans for “Leopard”) was developed by South Africa’s Project Raleigh, as a complement to the SADF’s ageing MILAN ATGM, and as a successor to that weapon for use on vehicles. It is unmistakably a BGM-71 TOW variant, despite the official claim that it was developed solely in South Africa.

The most interesting twist is that how the technology used in its guidance system could have ended up in the hands of the South African military-industrial complex has never been clarified, but events have shown that it might have been stolen from the US. Soon after the Ingwe was first unveiled in public the US government and defense industry realized it was virtually identical to an experimental variant of the TOW that was undergoing testing in the US at the time — a variant which, at the time, was still a top secret program. How this technology ended up in South Africa is still unexplained by both US and South African authorities, though it is almost certain that espionage was involved. 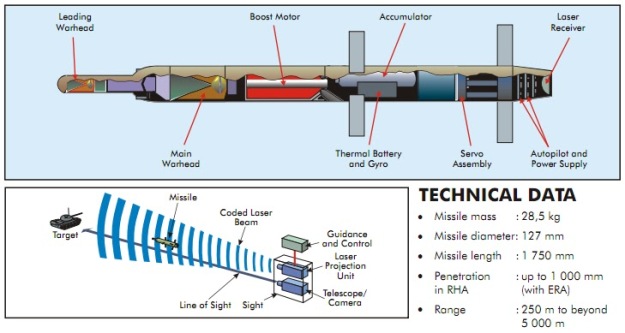 The Ingwe employs semi-active laser guidance. The target is illuminated by a spot from a laser designator, which the missile actively seeks. This system has the advantages of being invulnerable to radio jamming and/or interference, none of the flight limitations imposed by wire guidance, and the ability of the launch platform to remain completely behind cover without having to expose itself (i.e., the missile may be guided by a laser designator other than the one on the launch platform, such as by troops, a helicopter, a ground vehicle, etc.). It is also possible to “ripple fire” laser-guided missiles; if several are launched in rapid succession, the second one can be directed to a second target after the impact of the first, and so on, until multiple missiles have destroyed multiple targets in rapid succession. However, the recent advent of laser detectors and dazzlers entails that laser guidance is no longer stealthy or safe from jamming.

The effective range of the Ingwe is 5 000 m, which is considerably longer than any wire-guided TOW variant; this is likely resulted from a combination of eliminating the guidance cable, and the installation of a more powerful rocket motor (which was also made possible by eliminating the cable as well, as it limited how fast the missile could fly without damaging the guidance system). The minimum effective range is still quite long, at 250 m. The claimed flight speed is 200 m/sec, which is slightly faster than the average speed of a TOW at 187 m/sec.

Propulsion is by a single-stage, solid fuel rocket motor. The quantity and composition of the fuel is classified, but likely contain organic chemical compounds.

At least three warheads have been developed for the Ingwe. The original ZT3A missile had a shaped charge warhead rated to penetrate 650 mm or RHA Steel, while the improved ZT-3B has a tandem shaped charge warhead that is rated to penetrate 1 000 mm or RHA Steel, after ERA. A new type of warhead unveiled at the IDEX 2013 exposition, dubbed the MPP (Multi Purpose Penetrator) has been developed for use against light armor and material targets (unarmored vehicles, parked aircraft, structures, trucks, etc.), but the MPP has apparently not yet been adopted. 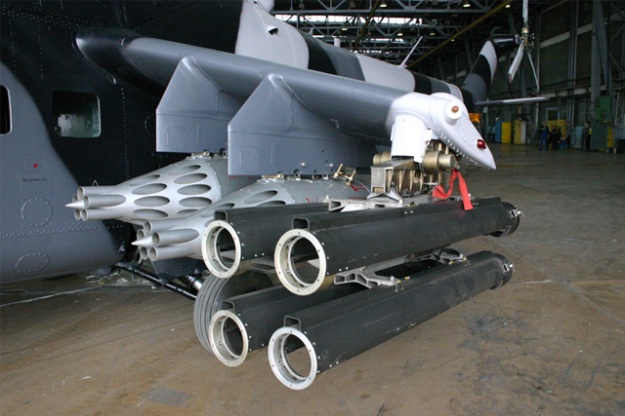 If the customer’s taste is for Russian armament (although the model has been marketed only with Western weapons), Super Hind can maintain the ability to operate up to 16 anti-tank missiles that can be AT-6 Spiral (9K114 Shturm) with range Of 6 km and guided by radio, or the missile AT-9 Spiral 2 (9M120 Ataka V) with 6 km of distance and guided by radio. The advantage of AT-9 is to be more precise and destructive against armor. Super Hind can also operate on rockets of various calibers, and can operate four UB-32-57 mm PODs, which can be equipped with 32 S-5 57-mm rockets, up to four B-8M1 and B8V20-A PODs, Which can be equipped with up to 20 S-8 Rocket 80-mm rockets and the B-13L POD that can be equipped with up to five 122-mm Rocket S-13 rockets. Super Hind can also be equipped with the S-24B unguided rocket that has a 125 kg warhead and a 3 km range. An interesting fact is that only the pilot can launch rockets because they depend on alignment with the target. 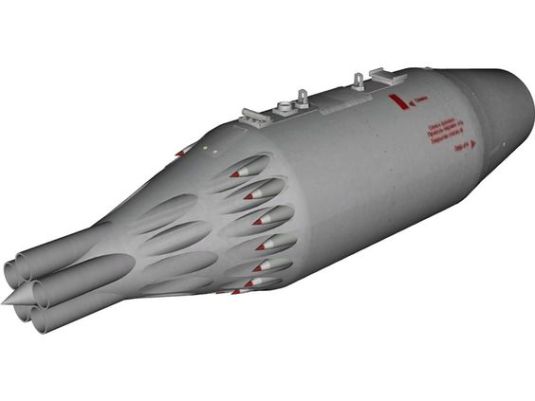 The S-5 (first designated ARS-57) is a rocket weapon developed by the Soviet Air Force and used by military aircraft against ground area targets. It is in service with the Russian Air Force and various export customers.

It is produced in a variety of subtypes with different warheads, including HEAT anti-armour (S-5K), high-explosive fragmentation (S-5M/MO), smoke, and incendiary rounds. Each rocket is about 1.4 meters (4 ft 6 in) long and weighs about 5 kg (11 lb), depending on warhead and fuze. Range is 3 to 4 kilometres (1.9 to 2.6 miles). Source revolvy.com

The S-13 is a 122 mm calibre unguided rocket weapon developed by the Soviet Air Force for use by military aircraft. It remains in service with the Russian Air Force and some other countries.

The S-13 rocket was developed in the 1970s to meet requirements for a penetrating weapon capable of cratering runways and penetrating hardened aircraft shelters, bunkers and pillboxes, to fill a gap between 80 mm and 240 mm rockets and fulfill a role similar to the 127 mm Zuni rocket. The S-13 is conventional in layout, with a solid rocket motor and folding tail fins that provide stability after launch. 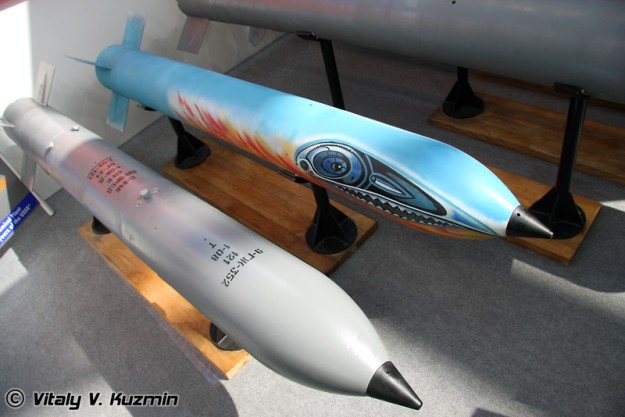 The S-24 is a rocket weapon designed and used by the Soviet Air Force. It remains in use by the Russian Air Force. The name is based on the diameter of the rocket, 24 cm (9.4 in).

The Soviet Union was an early, enthusiastic user of rocket weapons, employing them as early as the 1930s. The S-24/S-24B is a very large, powerful unguided weapon and one of a handful of successors to the earlier world war II era BETAB-750DS rockets,.[1] 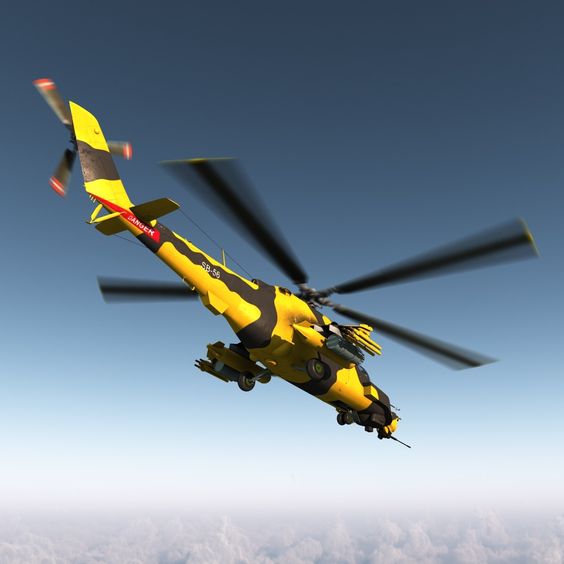 Super Hind Mk 3 – adds the core avionics systems together with a dual-feed, turreted, 20mm cannon and INGWE anti-tank missiles. The 20mm cannon can be slaved to the crew’s helmets.

The ATE version Mi-24 Super Hind Mk. IV is a development of the MK version. III, and presents considerable improvements over the other models and will be the focus of this matter. 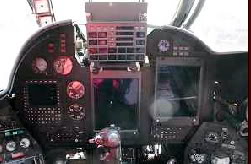 The vector is equipped with a complete navigation suite and was designed to have a glasscockpit aimed at reducing the workload on the crew also has a HMD (Helmet Mounted Display) Zh-3YM-1 Schchel-3U system of Russian origin or The French Thales TopOwl system giving a good solution for customers who are not accustomed to Russian defense products. The HMD automatically directs the cannon to where the copilot-gunner is looking and can be equipped with an integrated Night Vision Googles (NVG) and a HUD (Head-Up Display) that provides navigation information that allows the flight Nap-of-the-earth (NOE) with low flight profile following the low altitude, using the masking of the ground, Hiding behind the imperfections of the ground and treetops avoiding detection by enemy radars at a height of 15 meters. Digital autopilot system and GPS navigation . Source planobrazil.com 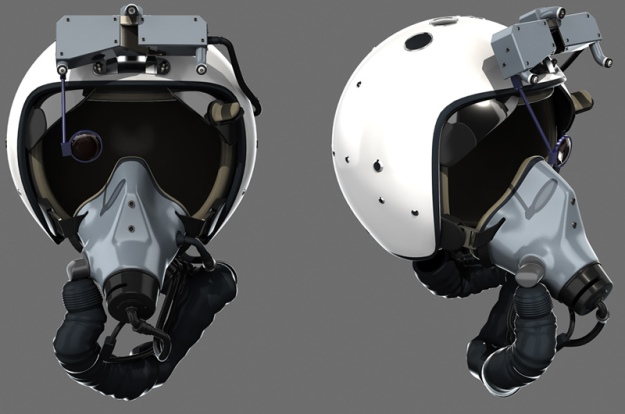 The Klimov TV3-117 is a turboshaft engine family intended to provide power to medium rotary-wing aircraft. The engine family provides a maximum power at takeoff between 1,800 and 2,200 shaft-horsepower (shp). 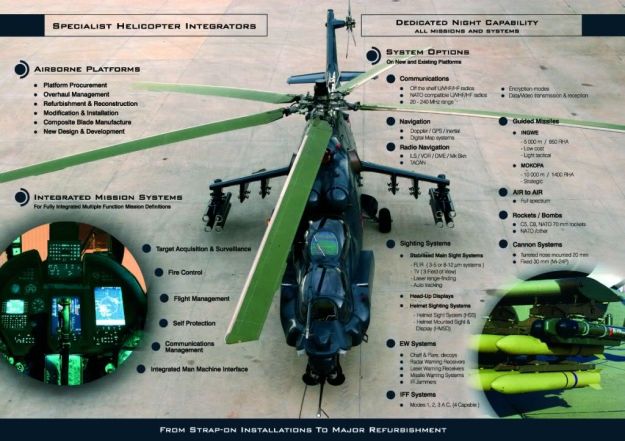